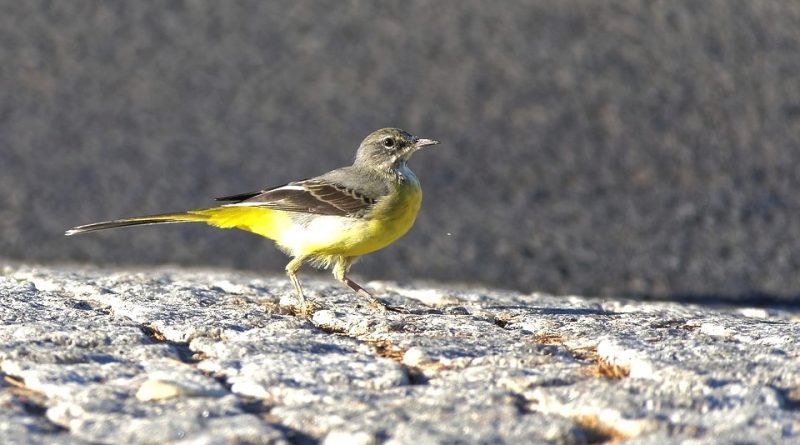 The Grey Wagtail (Motacilla cinerea Tunstall, 1771) is a bird belonging to the Motacillidae family.

Geographical Distribution and Habitat –
The Grey Wagtail is a bird present in most of the European continent, Asia and north-western Africa.
In Italy this bird is sedentary and nesting.
Its habitat is represented by the mountainous and hilly areas where there are still water sources, rivers, streams and ditches. 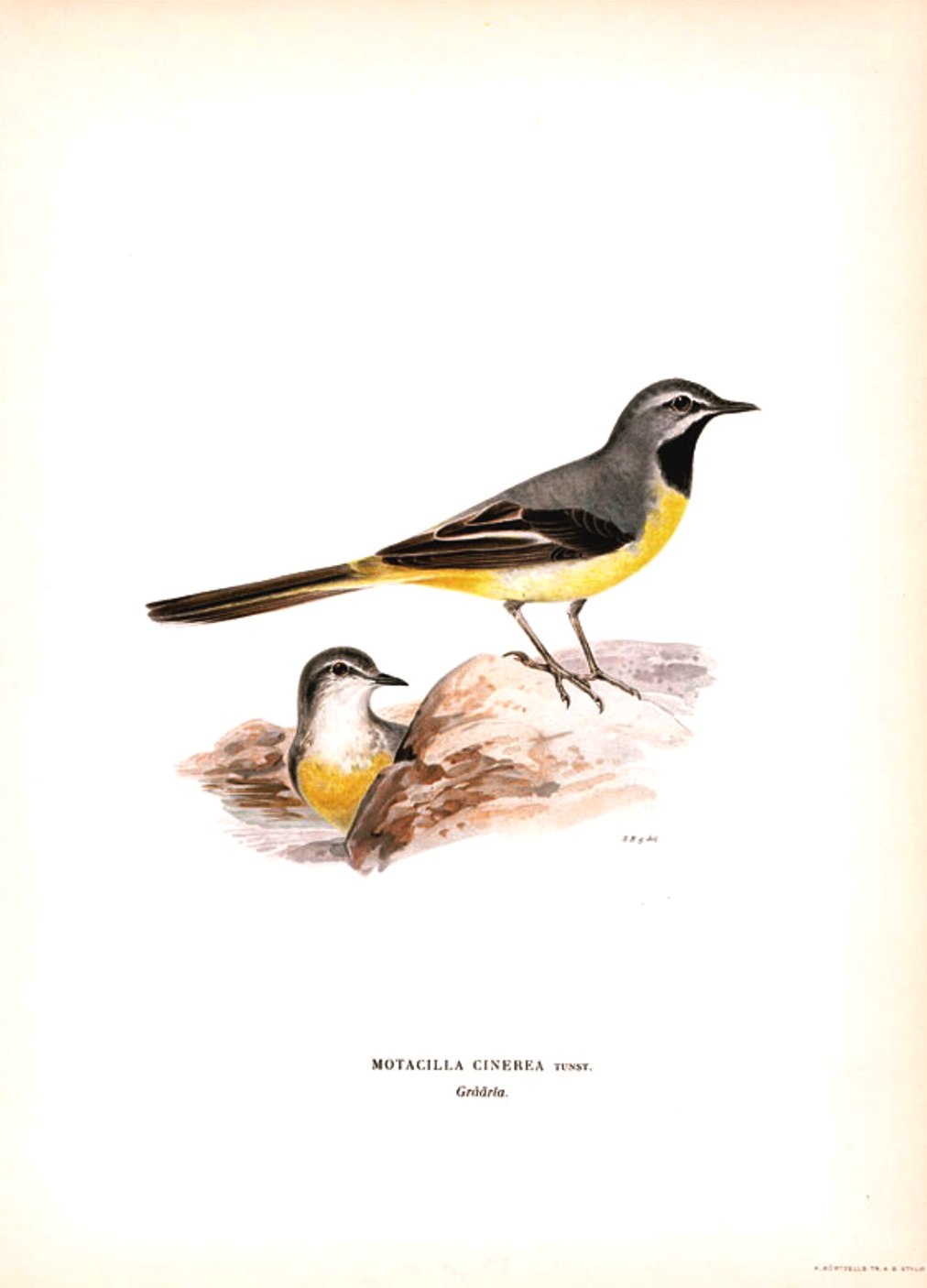 Description –
Motacilla cinerea is a bird, with sexual dimorphism, which has a length that can oscillate between 18 and 21 cm, a wingspan of 26-29 cm and characterized by a long black tail, greenish yellow rump, with upper parts gray olive and yellow undertail.
In adult males there is a wedding gown with gray upper parts, the dorsal area of ​​dark gray wings with a white band.
With closed wings you can see the white edges of some feathers.
The throat is black, divided by a white stripe with a gray head color.
There is also a slight white eyebrow.
The lower parts are yellow and brighter in the part of the undertail and partly in the upper part of the chest. The beak is black and the legs are pinkish brown.
The adult females in a wedding dress differ from the adult males in a wedding gown for the gray throat, which has some black undertones at the base and the lower parts are more pale yellow, which becomes almost white on the sides and abdomen.
The young specimens, in the first winter season, are in the upper part like the adult females and in the lower one, including the throat, white with pink shades on the sides of the chest and a little yellow on the undertail.
The beak has some pink parts in the lower jaw and also the legs tend to pink.
The verse of these birds is a typical metallic voice with repeated zi-zi.

Biology –
The reproduction period of Motacilla cinerea goes from March to May. This bird nests in cavities between rocks or in holes in walls or under bridges. During the year it raises a single brood per year by placing 4-6 eggs in a cup-shaped nest made with stems, moss and leaves.
Both the male and the female hatch the eggs and breed the young.

Ecological Role –
The Grey Wagtail is a partially sedentary and nesting species throughout the peninsula, including Sicily and Sardinia.
The feeding of this bird is represented by insects, small invertebrates, plants and seeds.
Given the habit of nesting in the holes of the walls it often happens that he lives in contact with the man in the old farmhouses or in the rural houses and it is possible to sell it while roaming the fields in search of insects.
The main threats to this species are represented by the arrangement of embankments and river regiments and by water pollution.

One thought on “Motacilla cinerea”