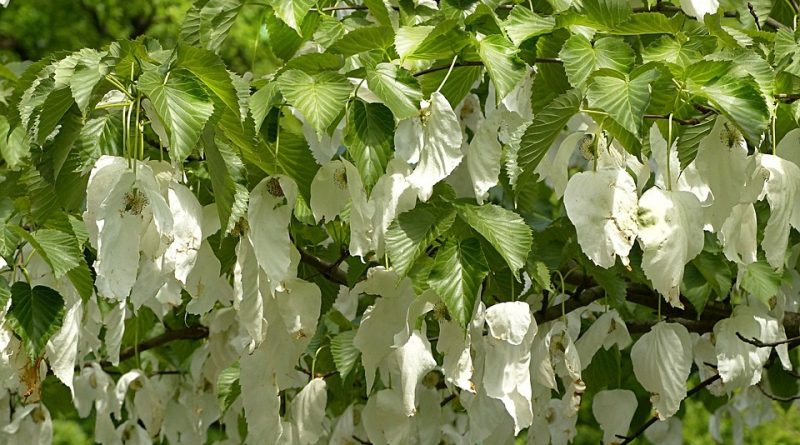 The Tree of Handkerchiefs (Davidia involucrata Baill, 1871) is an arboreal species belonging to the Nyssaceae family.

Systematics –
From the systematic point of view it belongs to the Eukaryota Domain, United Plantae, Magnoliophyta Division, Magnoliopsida Class, Cornales Order, Nyssaceae Family and therefore to the Genus Davidia and to the D. involucrata Species.

Etymology –
The term Davidia of the genus was dedicated to Father David, aka Jean Pierre Armand David (1826-1900), a French missionary, zoologist and botanist who collected plant samples in China in the Sichuan region, a very talented naturalist and discoverer of numerous species.
The specific epithet involucrata comes from casing, enclosed in a casing: equipped with a whorl of a bract.

Geographical Distribution and Habitat –
The Tree of handkerchiefs is a species native to China and South-East Asia and the natural habitat is represented by the mountains of China where it grows in deciduous woods, where the winter season is always quite cold. 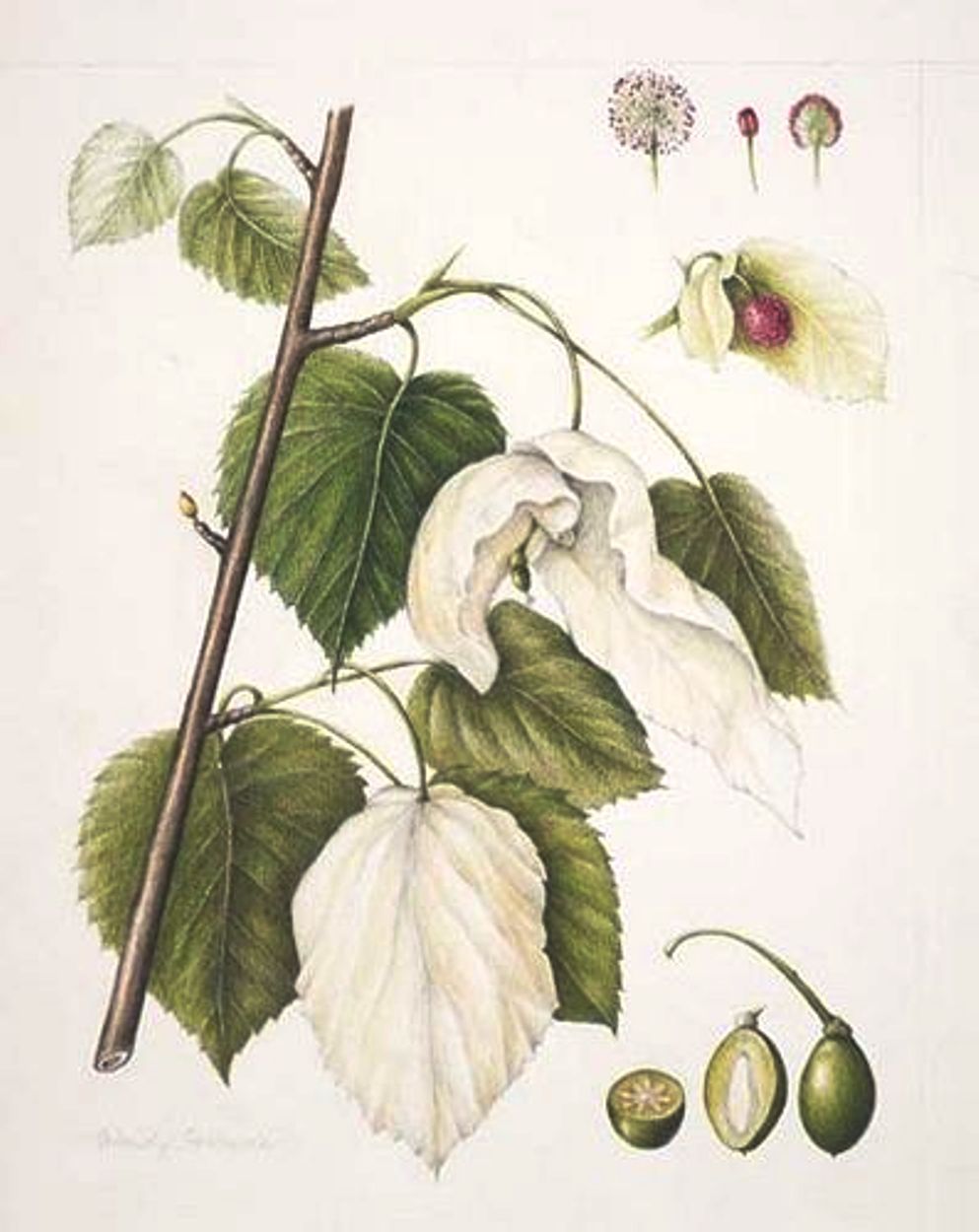 Description –
The Davidia involucrata is a slow-growing deciduous tree that can reach 15-18 meters in height.
The stem is erect, with brown-orange bark; the crown of the young specimens is pyramidal, tends to round over the years, always remaining very dense and branched.
The roots are fleshy, tap-shaped and with few branches; however they are massive and firmly anchor the plant to the ground, however they make the transplants of adult and well-rooted plants complex.
The leaves are heart-shaped, light green, become yellow in autumn, before falling.
In spring the trees with at least 8-10 years of age produce numerous rounded inflorescences, consisting of small greenish-white flowers; each inflorescence is almost hidden by large white, pendulous bracts, similar to pieces of fabric (hence the common name of the species); in autumn on the plant you can notice the small fruits, which contain 4-5 seeds.

Cultivation –
Davidia involucrata is a tree that prefers moist soils and sunny exposures.
These plants prefer fresh, deep, rich and well-drained soils; it is good to mix peat, leaves loam, sand and organic fertilizer with the garden soil, so as to obtain a complete and balanced mixture that allows proper drainage and avoids the formation of water stagnations, dangerous for the growth of the specimens.
For a correct development of this plant it is good to plant it in semi-shaded places even if it can tolerate the full sun, in case it is to be irrigated regularly.
This plant generally bears temperatures close to -15 ° C, but it is always good to repair young trees, which can be damaged by particularly cold winters. In areas with harsh climate it is good to plant this plant in areas that keep specimens sheltered from the effects of colder temperatures.
For the planting it is good to water abundantly and often for some months, especially in the warm period of the year; the adult specimens are generally satisfied with the rains, although it is advisable to supply water in the summer months and in case of prolonged drought.
In spring it is advisable to bury, at the foot of the plant, a good quantity of mature organic fertilizer so as to provide all the nourishment necessary for the correct development.
The multiplication of Davidia involucrata occurs by seed, as soon as the fruits are ripe, at the end of summer; they can also be sown in other periods of the year, but the seeds, once dried, take months to germinate.
It is also possible to propagate these trees by semi-woody cutting, in summer, using special containers in which the new plants will be rooted, so that they acquire the necessary strength to be permanently planted.
The Tree of Handkerchiefs has an average longevity and can exceed 100 years of age, moreover it is rustic, not subject to attacks by pathogens and resists well to air pollution.

Uses and Traditions –
The Davidia involucrata is a native species of China, discovered relatively recently (second half of the 800).
The scientific name of this plant was given in honor of the French missionary (and botanist) Armand David, who first identified a specimen that grew isolated in the Chinese mountains, at over 2000 m (6560 ft) in altitude, describing its characteristics. Later, Augustine Henry spotted a second specimen (also growing solitary) in the central Yangtse Ichang region of China.
The first seeds of this plant arrived in Europe between the end of the 1800s and the beginning of the 1900s, probably by Ernest Wilson, a young English botanist sent to China in order to identify specimens of Davidia involucrata.
The Tree of Handkerchiefs is, to this day, a little known and widespread plant, although it has all the potential to be an excellent ornamental plant for large gardens or public parks, also because of the ease of cultivation.
At least a couple of specimens can be found in the Gardens of Villa Taranto, in Verbania, in Piedmont, right on the shores of Lake Maggiore.
This species is the only one of the genus Davidia, although there are two different subspecies: D. involucrata var. vilmoriniana, with totally glabrous leaves and D. involucrata var. involucrata, with a slight leaf hairiness.
However the two subspecies have a different number of chromosomes and, if crossed between them, produce sterile plants. For this reason some botanists treat them as two distinct species.

Preparation Mode –
The Davidia involucrata is cultivated for the ornamental effect of the foliage and the bracts that originate during flowering while they are not known uses for alimentary or pharmaceutical use.