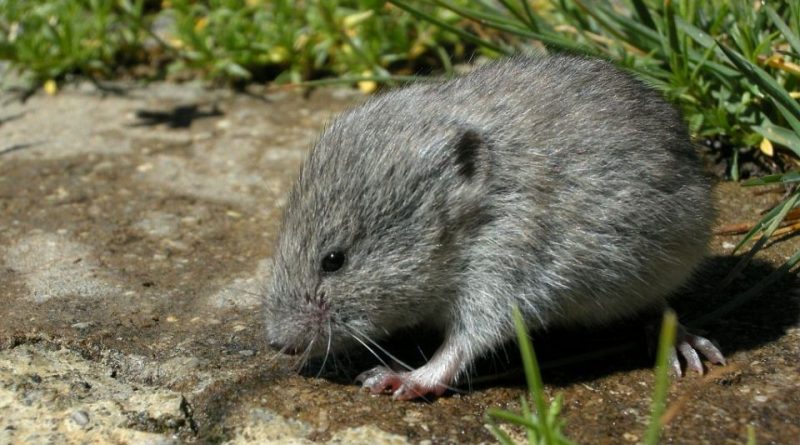 The snow vole (Chionomys nivalis Martins, 1842) is a rodent belonging to the Cricetidae family.

Geographical Distribution and Habitat –
The Snowy Arvicola is a species whose range extends into the European mountainous areas from the Pyrenees to the Alps, to the Carpathians, to the Balkans and to the Tatra Mountains, in the Middle East up to Iran. Italy this species is present in the alpine arc and in the northern Apennines, where it can often be found near mountain huts and refuges from 1,000 meters to over 3,000 m. s.l.m.
The habitat of this rodent is located above the climatic zone of the trees and is in any case made up of high altitude grasslands; however, it can also be found in scree, bushes and woods that are not too thick.
These animals require a stony subsoil to live, which explains why they are found above on debris and moraine strips with many crevices in the rocks. On Mont Blanc they were found at heights up to 4100 meters. In some regions of southern France these animals also live in denser and more forest-rich areas. 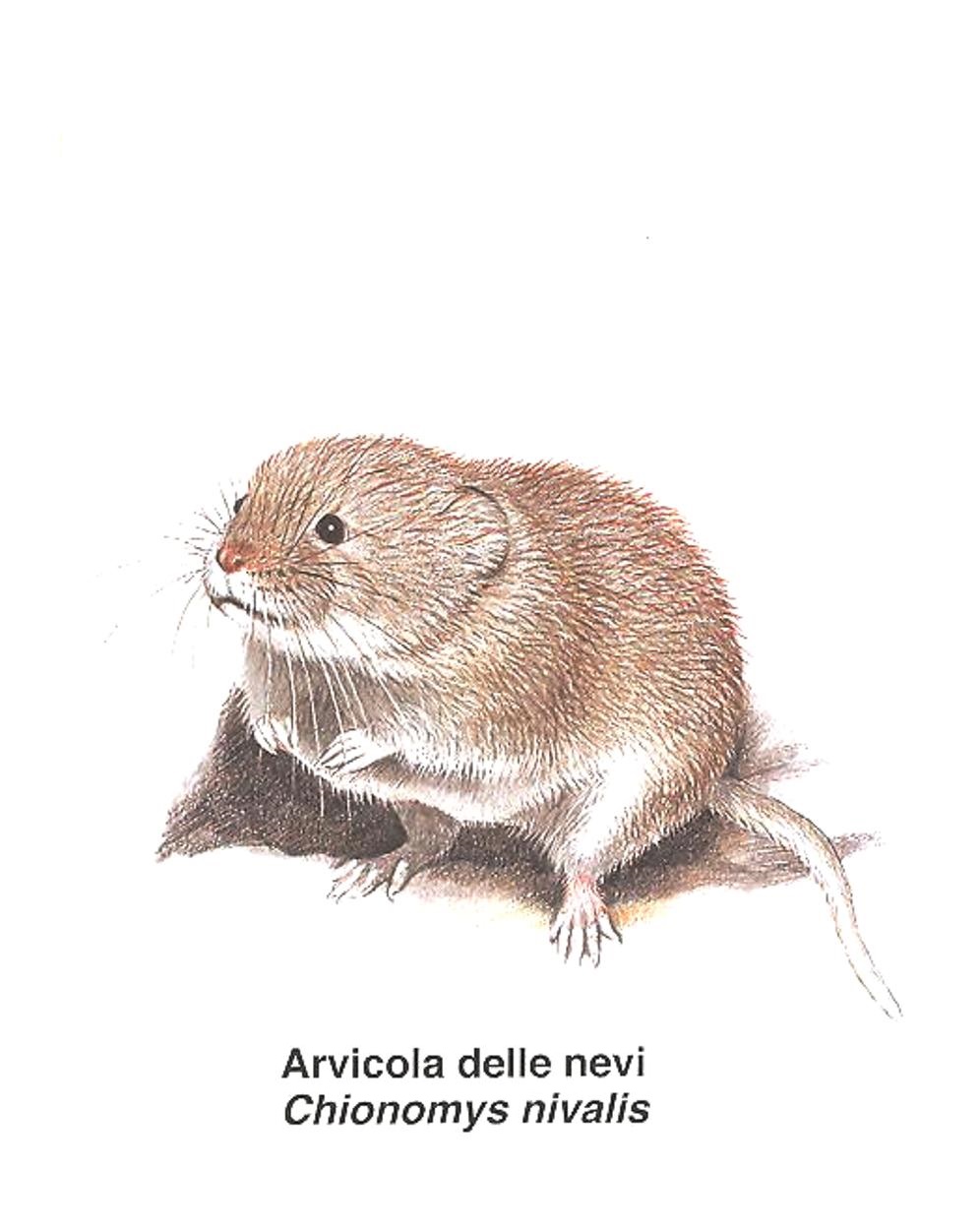 Description –
The snow vole is a rodent, with non-perceptible sexual dimorphism, with a length, from head to back, that oscillates between 9.5 and 14 cm; the tail measures between 4.5 and 7.5 cm. The weight of adult specimens is between 40 and 68 g.
It has rather long hind legs; around the nose the animals have a light coat up to 6 cm long. The auricles are very small and slightly protrude from the thick fur that covers the animal and measure 13-18 mm. The head is relatively large and snout with long fibrisse.
Animals with thick, fine and long-haired fur, light gray sometimes with a yellow point in the upper part. On the belly part the animals are greyish. The tail is lighter than the rest of the body and is made up of thick hair and in some cases takes on a white color.
The number of nipples is 8.
The characteristic lines of this species are: squeaks, wheezes, screeches and grunts.

Biology –
Chionomys nivalis reaches sexual maturity: in the year of birth, for those born in spring.
Gestation lasts 21 days and you can have 2 – 4 parts, with 1-4 (6) small inept, in roundish nests, made with parts of plants, hidden between rocky cracks, stones or in the ground.

Ecological Role –
The snow vole is essentially an vegetarian animal and its diet is based on flowers, shrubs and green parts of plants. Blueberries, it seems, are an important source of food for the animal.
This species is active especially at dusk and during the night, but can also be observed during the day especially on rocky slopes. The Snow’s Arvicola does not go into hibernation: it digs underground burrows between the snow and the ground where it finds both a shelter from the cold and dried herbs and plant residues able to guarantee its survival. In some cases, it can also seek shelter in mountain huts or mountain huts. These animals move quickly and jerkily and are not particularly shy.
The species is evaluated as Almost Threatened (NT), as the fragmentation of the populations, considered natural due to their relict origin after the Wurmian glaciation, assumes a greater weight on a national scale in relation to the area, especially along the Apennine arc, where there is also a low population density.
It is also listed in Appendix III of the Berne Convention and included in protected areas (European Mammal Assessment workshop, Illmitz, Austria, July 2006). Evaluated by Least Concern from the European Mammal Assessment (IUCN 2007).