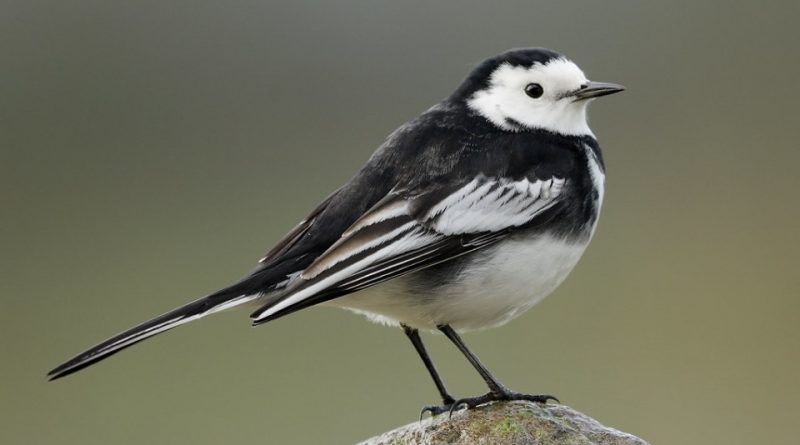 The white wagtail (Motacilla alba Linnaeus, 1758) is a small bird from the Motacillidae family.

Geographical Distribution and Habitat –
The white wagtail is present in all continents, except Antarctica and Oceania and is widespread throughout Europe including Italy.
Its habitat is mainly represented by wetlands such as rivers, streams and streams, but it also frequents meadows, arable lands, pastures and countryside in general, sometimes also near human settlements. It is quite common to observe it even up close, especially in mountain areas. 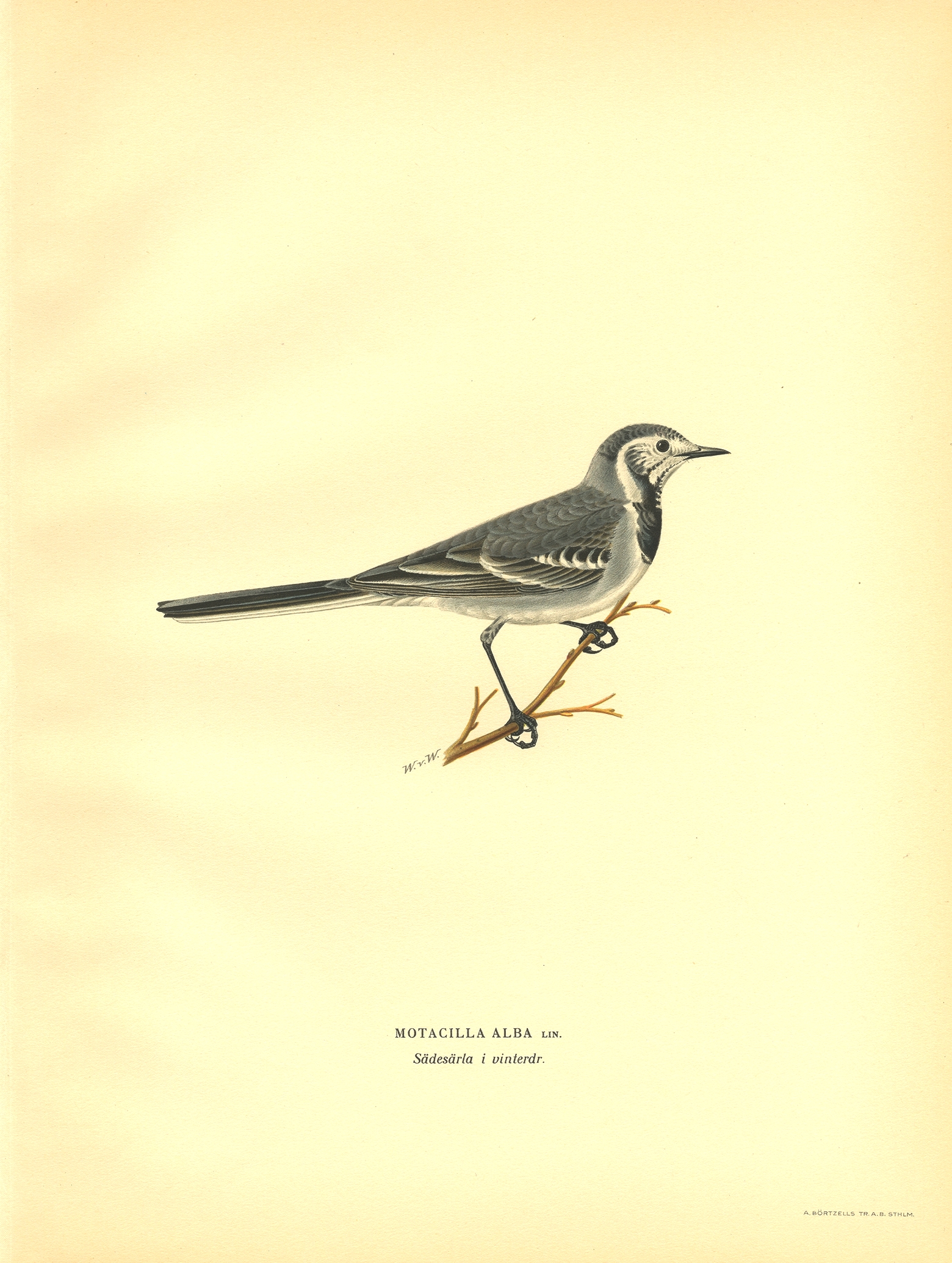 Description –
The Motacilla alba is a small bird with a slender shape and a long tail
The overall length is 18-19.5 cm, with a wingspan of 26-32 cm, a weight of adults of 16-27 g.
In detail the wing measures 8-9.3 cm, the tarsus is 22-24 mm, the tail is 8.5-9.7 cm, the beak is mm and the eggs have dimensions of 20-21×15-17 mm.
The male in a wedding dress is unmistakable because he has a white mask on his forehead and eyes contrasting with his black throat, chest and neck; back and gray wings; black tail, long, edged with white and white lower parts. The female has less clear colors on the head and both sexes have a more nuanced livery in winter. The young specimens are white and gray in color, with a dark crescent on the chest and a shorter tail than the adult.
This bird can be confused with the yellow wagtail (Motacilla cinerea), sedentary and nesting in Italy, and with the wagtail (Motacilla flava), both with yellow belly and undertail. The yellow ballerina also stands out for having the longest tail.

Biology –
The white wagtail builds the nest, which is a voluminous cup of grass, normally in cavities such as holes in walls, buildings or artifacts, such as bridges or artificial banks, but also rocky crevices or holes in trees.
The female, in the spring period, lays from 3 to 7 eggs that are hatched for 12-14 days by the female only. The little ones are looked after by both parents for about two weeks.
This species, depending on the availability of food, can have both sedentary and migratory behaviors.

Ecological Role –
The Motacilla alba is a bird that can be recognized because it runs quickly, frequently shaking its tail with a rhythmic movement.
This bird needs open spaces with rasa herbaceous vegetation alternating with bare soil, even if, as mentioned, it adapts very well to man-made environments such as residential areas, road edges, around farmsteads or pastures.
Its food is represented exclusively by insects that are captured, with considerable skill, in flight or collected on the grass and on the ground. In general it catches small insects on the ground on lawns, roads, escarpments, shores and roofs; it can flutter in search of prey even on water and occasionally on grazing cattle.
According to the IUCN, the Motacilla alba does not currently run particular risks in the distribution and quantity of the populations even if the transformation of the feeding habitats can have a negative impact.