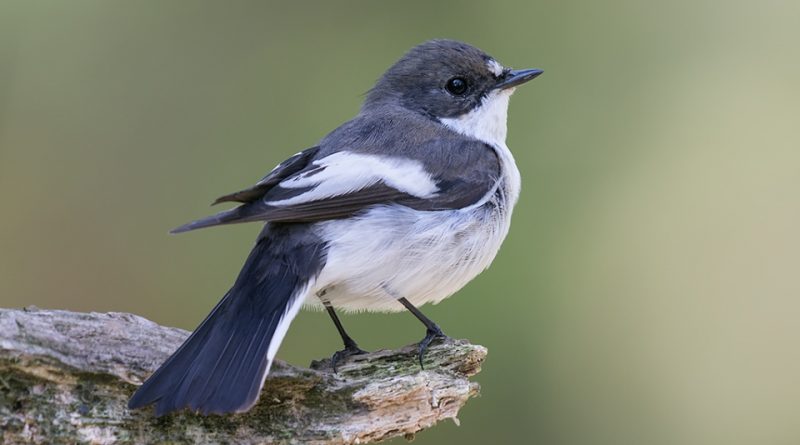 The European pied flycatcher (Ficedula hypoleuca (Pallas, 1764)) is a bird of the Muscicapidae family.

Geographical Distribution and Habitat –
The European pied flycatcher belongs to the migratory birds that winter in Africa and nest in Europe in the period from April to September. In Italy it rarely nests but it is a regular migrant and it is not rare to see it in spring and autumn.
Its habitat is represented by tall forests, both coniferous, beech or mixed, coppice woods, areas near streams, parks and gardens, countryside with farmhouses and scattered villages. 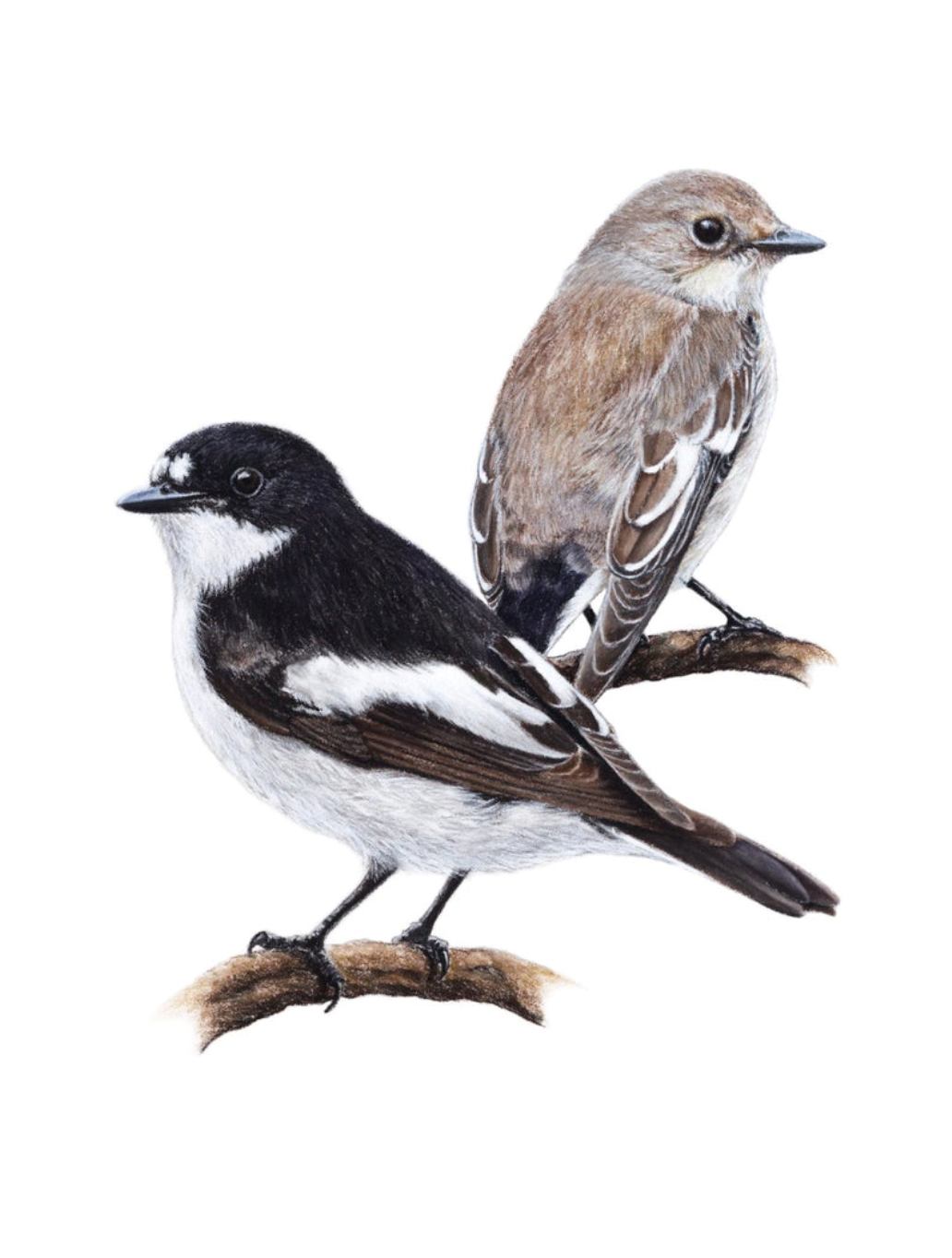 Description –
The Ficedula hypoleuca is a bird characterized by sexual dimorphism with a length of 12-13 cm and a wingspan of 22-24 cm.
The adult males are black on the upper part and white on the lower part; have white spots on the wings, such as the sides of the tail and a spot on the forehead above the beak. In autumn the color of these individuals is replaced by shades of gray. The young males and females have black replaced by a light brown, the males are slightly reddish, this makes them very similar to the other species of the genus Ficedula.
The adult females are brown in the upper part, with the outer part of the wings and the tail of a darker brown. The white wing band and the white external helmsman are present as in the male, while the spot on the white forehead is missing. The lower parts are white with fawn shades on the chest and part of the throat.

Biology –
The European pied flycatcher nests in the hollows of trees and old walls, building a cup-shaped nest, not very elaborate, where the female will lay 4 to 5 eggs of pale blue or greenish color, without spots or with small and fine spots. The size of the eggs is 17.6 x 12.7 mm.

Ecological Role –
The Ficedula hypoleuca, in Italy, is a summer species that nests in the northern regions, while it is scarce or rare in the center and south. In the Alps and Prealps it is a step from the end of August to September and from mid-March to April.
This bird can be seen on the trunks, it does not make long and sustained flights, but it flutters here and there among the trees: it does not return in the same support when it hunts insects.
It feeds mostly on insects, but also on larvae, mites, earthworms and, in autumn, berries. It seems that her strange name has been given to her as a result of her habit of visiting the nests of other birds, actually in search of insects or other animals.
The populations of this bird, in general, are decreasing but, fortunately, due to the very wide range, this species is classified by the IUCN still as “at minimal risk”.