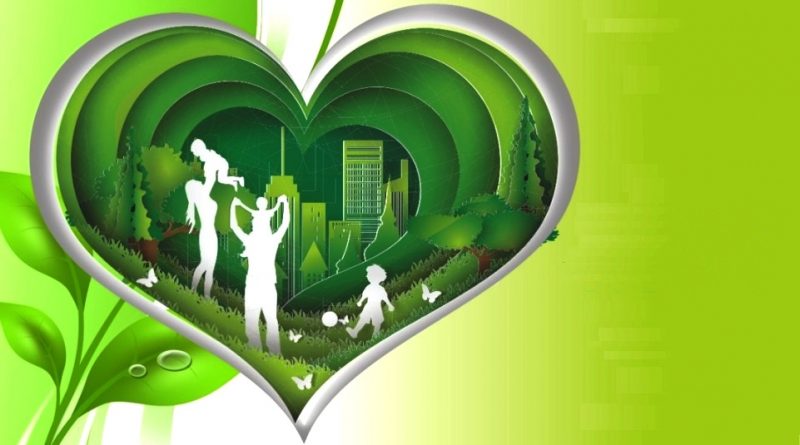 Almost 50 years have passed since 1972, the year of the Stockholm Conference on the Human Environment, which corresponds to two generations.
If instead we refer to it with the 1957 Treaty of Rome, the generations become almost three.
Yet over the course of almost three generations we have squandered an unprecedented ecological heritage, compared to the approximately 450 generations that had practiced agriculture in the previous 10,000 years.
Let’s see some synthetic data:
According to the data provided above all by the UNCCD (United Nations Convention to Combat Desertification) and FAO we are facing an unprecedented loss of biodiversity, an erosion of varieties and agricultural cultivars, a worrying loss of soil fertility; for example. Sicily, according to the official data of the IRSSAT, has a level of desertification that now affects 70% of its territory (Cyprus is in second place with around 55%).
According to IUCN (International Union for the Conservation of Nature) data, half (47%) of marine mammal species monitored and almost a quarter of birds (24.4%) suffer the negative impact due to habitat deterioration and to climate change. In total they are about 700 species: all at risk of extinction in more or less short times.
Not least, among the various phenomena, the loss of soil and the destructuring of the same with the consequent phenomena of decrease in fertility and waterproofing, especially in areas with more intensive agriculture, such as in flat areas where the cultivation of lathes is practiced.
Recall that agriculture has a value of around 50% with respect to the effects of desertification and global warming.
All this leads us to not only review the criterion of how food is produced but also how it is distributed and consumed.
Above all, the concept of ecological and energy efficiency of agricultural production must be reconsidered.
It is now clear, not only from an intuitive point of view, but above all from scientific evidence that the too simplistic criteria of income farming and of a consequent agronomy must be completely revised.
In this regard, Professional Orders and MIUR must begin a dialogue that, to tell the truth, has never been simple.
We are in fact faced with the need to completely review agronomy texts, concepts relating to energy models of agri-food systems, the models for linking the production and use of food, market systems, related economies, the determination of just compensation for good food, produced in relation to a concept of food health and eco sustainability.
At the horizon of this scenario we are witnessing the emergence of some new paradigms such as that of the Circular Economy, Agroecology and consequently of Food Sovereignty.
The first term, begins to take its first steps around the mid-1960s; this makes us understand how the liberal trade system, especially for some types of goods, can no longer be proposed. I explain this statement with a very simple consideration:
– every kg of agricultural product we transport involves an emission of greenhouse gases, the greater the longer the journey. For example, a kg of oranges transported from Sicily to China emits in the atmosphere something like 550 grams of CO2.
This means that it cannot be just the law of supply and demand that regulates trade, but more adequate algorithms that provide, for example. tax advantages; rewarding, according to the Paris Agreements; advantages for virtuous commercial exchanges (short haul, supply chain agreements, etc.).
These concepts automatically lead to the principle of Food Sovereignty, a term that was coined by members of Via Campesina, which has nothing to do with the autarchic models of historical Italian reminiscence, and which was born in 1996 when it was first enunciated, at international coalition conference held in Tlaxcala (Mexico).
Thus, in an extreme synthesis, we arrive at a convergence between the principles of Circular Economy, Food Sovereignty and Agroecology.
All this implies, without any possible compromise, the need for a new policy that cannot only concern agriculture, as a factor in the production of food and services and that, even with all the difficulties we can imagine, Agenda 2030 has identified through the 17 objectives and its 169 “targets” or goals.

From this point of view it is necessary once and for all to unravel a series of questions and false or distorted information:
– Europe, as desired by the Lisbon Treaty, which entered into force on December 1, 2009, needs a new and stronger regulatory framework (and therefore Political) which can no longer ignore concerted policies with territories that take into account their peculiarities.
In this regard, I like to take up the extended statement of Food Sovereignty: “the right of peoples, communities and countries to define their own agricultural, labor, fishing, food and land policies that are ecologically appropriate, social, economic and cultural to their unique reality. It includes the true right to food and to produce food, which means that everyone has the right to healthy, nutritious and culturally appropriate food, to the resources to produce it and to the capacity to maintain themselves and their societies “.
Let us remember that Pope Francis’ encyclical, Laudato sì, heartily takes up these concepts even though he then extrapolates them to the need for a new social model that he calls: social ecology.

Going a little more on the practical means that we can no longer think, to stay in Sicily, of promoting a new agricultural system without the possibility of equipping ourselves with laws and regulations that go in this direction, we cannot think of exchanging structural funds again ( like the RDP) as a substitute for rural policies and, above all, we cannot think of a new RDP based on now dead and buried optics, such as:
– those of investments for the market alone;
– closures of supply chains undocked by the principles of agroecology;
– of food sovereignty;
– the circular economy.
Whether we like it or not this scenario has already changed and most of the 2014-2020 PSR failures are due to the fact that it was designed with an old and worn out dress.
We can no longer think, for example, of rewarding productive systems that are clearly in contrast with criteria of ecological efficiency, safeguarding diversity and a real and real food healthiness.
We can no longer think of open agricultural models, which have an energy and economic efficiency of up to 1/10 of those closed.

To be clear, Open and closed models are thermodynamic concepts applied to agroecology that give the production organization completely innovative scenarios and that this is not the place to study.
In this sense, re-proposing a PSR without the foundations of a new agricultural policy of the Sicilian Region is like an engine without a frame.
Returning, among other things, to the Treaty of Lisbon, and by virtue of the Attribution Principle, the European Union, has a competence shared with the Member States in the field of agriculture and fisheries. This means that it is not Europe that is above the Sicilian Constitution, but vice versa, and that in any case the scaffolding of any regional or national norm must not adversely affect the principles enshrined in the Treaty of Rome and later Maastricht.
This therefore entails an articulated dynamic in which the European Parliament will increasingly have to carry out its activity in conjunction with the levels of national policies, including those of regions with special statutes such as Sicily.
It is not a politically simple dynamic, we realize it, but in fact Agenda 2030 has sanctioned, or better, specified and clarified this path.
A path that claims not only and so much a new political conscience, within which to imagine a Europe of the territories, and within which each territory, as well as cells and body, in their diversity, cooperate for the common good.
To do this we must change the current criteria of understanding politics, norms, finance.
In practice we must apply the same principles contained in the codes of nature and ecology to politics, norms and rules.
Imagine for a moment as if these codes were written on a large volume, with a simple and very readable index and we, citizens of this new Social Ecology, are in possession of a software that is able to convert the principles contained in ecology into rules, laws and decrees for this new level of the Policy.
The watchword is in practice to make the two systems synchronous or, if we prefer, polarize.
But this cannot be achieved and cannot be achieved without a gradual conversion of our consciences and knowledge. If we do not convert consciences (our operating systems), science and technology are of little use.

This consideration was already known to some scientists and philosophers, even from the last century, so much so that Einstein represented it with his famous rule that reads: “You cannot solve a problem with the same kind of thought that you used to create it”
Global warming, desertification processes, loss of biodiversity, human poverty, are the tangible manifestations of this macroscopic error.
The scientific data related to the implementation of a social ecological model based on agroecology, circular economy and food sovereignty, tell us that this planet, if we do not permanently tamper with it, is still able to ensure a more dignified life for many more people than those who today they live there. But not with this system, where great interests are opposed to these concepts, where for example. exchanging seeds (which was the foundation for increasing agricultural biodiversity) has become a crime, and where the rules to be implemented lead, from an ecological and energy point of view, to the end of the multinationals, for the less like today they are configured.
The question, although apparently complex, is instead, in its principles incredibly simple and clear. And it is precisely in this direction that the Committee for the fight against desertification intends to work.
With an integrated approach, with a transcendent vision, without which we only risk creating further confusion and complexity of norms and bureaucracies, without grasping the true meaning that lies at the basis of human life, which are not markets, not finance , nor an economy dangerously far from Human dignity and the safeguarding of that good which, regardless of how we see it, is that Nature which has been given to us and which we must pass on to future generations.