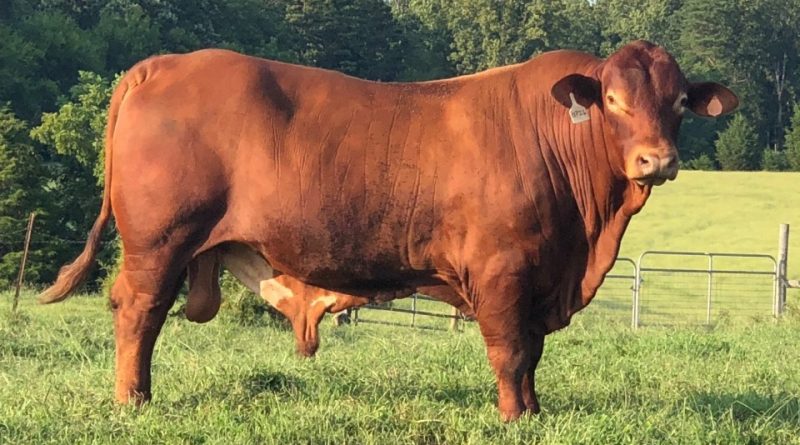 Beefmaster is a bovine breed (Bos taurus Linnaeus, 1758) originally from southern Texas with an aptitude for meat production.

Geographical and area distribution –
Beefmaster is a cattle breed bred especially in the most difficult areas of Texas but has been exported to other countries, even overseas and bred in tropical and sub tropical countries.

Origins and History –
The Beefmaster is a breed of beef cattle that was developed around the early 30s of the last century by Tom Lasater (the founder of the breed), after his father Ed. C. Lasater created the breed, from a cross of cows Hereford and Shorthorn cows with Brahman bulls.
The exact mix of the cattle of origin is not known, but it is believed to contain around 25% Hereford, 25% Milking Shorthorn and 50% Brahman.
Lasater’s aim was to develop cattle that would have been more productive than the breeds existing in the harsh environment of southern Texas.
The livestock was so strongly selected to obtain certain characteristics such as: weight, conformation, milking capacity, fertility, resistance and disposition.
However, no selection was made for features that do not affect the carcass, such as horns, skin or color.
The Beefmaster was recognized for the first time by the USDA as a new breed in 1954 and the headquarters of the Beefmaster Association is as follows: Beefmaster Breeders Universal, San Antonio, Texas.

Morphology –
Beefmaster is a bovine breed which, although it does not have a standard for color, most of the animals have a red or light red coat with white speckled spots. Also in the last ten years the black mantle Beefmasters have become very popular among breeders, who use the breed in their heterosis programs for the vigor of hybrids.
In any case the height at the withers fluctuates between 130 and 150 cm.
The horns are usually absent and the muzzle is flesh red.

Production aptitude –
Beefmaster cattle are a versatile and multi-purpose breed, which means that they can be used for both milk and beef, although the prevailing attitude is that of meat production.
These are extremely fruitful and productive animals.