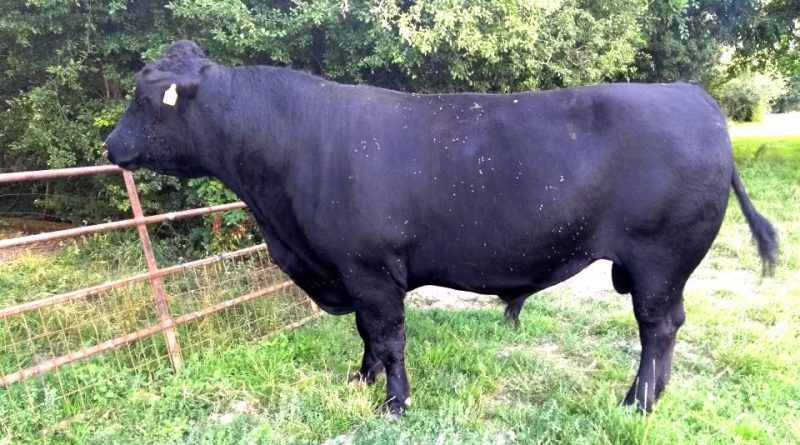 The Aberdeen Angus or, simply, Angus is a cattle breed (Bos taurus Linnaeus, 1758) originally from the county of Aberdeen, in the north-east of Scotland, with an aptitude for meat production.

Geographical and area distribution –
The Aberdeen Angus is a bovine breed that is widespread in various parts of the world and especially in the United States of America, where it is the most bred breed for commercial purposes. Other countries in which it is bred in considerable quantities of animals are those of South America: Brazil, Argentina, Paraguay, Uruguay, Colombia and Bolivia. It is also bred in Europe, especially in the North European countries, but also in Italy, where we have Angus farms in Puglia, in Emilia-Romagna, in Piedmont, in Lombardy and other sporadic in the rest of the regions.

Origins and History –
The Aberdeen Angus is a very ancient beef cattle breed, the most raised in the world, which takes its name from the area of ​​Scotland that originates from the county of Aberdeen, in the north-east of Scotland.
This breed, which was already known in Roman times, gradually spread to many countries of the world due to its productive characteristics and the quality of its meat.
Today the Aberdeen Angus is one of the best known beef breeds in the world.

Morphology –
The Aberdeen Angus is recognized for having a coat of intense black color, with short hair, with mucous membranes and skin pigmented with black. These are characteristics that make this breed particularly resistant to grazing in the wide clearings of South America.
It is a race without horns and the sincipite is very pronounced.
The dimensions are not very high and the stature is rather low and with very short limbs. With a light head, fine bone structure, fairly broad and deep thorax and a soft and supple skin that is also suitable for processing in the sector.
It is a positive feature especially for the slaughter yield, as the waste parts are reduced and the useful weight is proportionally greater.
The average weight of these animals is 7 – 7.5 quintals for females and 10 – 11 quintals for males.

Production aptitude –
The Aberdeen Angus is a very productive breed with excellent adaptability to pasture, fertility and longevity and excellent quality of the meat.
The characteristics of the breed are established with standards provided by laws or trade associations that protect, in the countries where its breeding is widespread (United Kingdom, Australia, Ireland, United States, Canada, New Zealand, Portugal and other countries), purity.
The meat, recognized as being of excellent quality, is delicate and soft and is rich in marbling fat. Having speckled fatty meat, importation into Italy has been successful in recent years.
The morphological characteristics and the black coat give this breed a high resistance and adaptability to the environments of the vast flat or semi-hill clearings, with high solar radiation, which characterize the valleys of Scotland, Argentina, Brazil and all those countries in which it is bred.
In addition, the Aberdeen Angus shows a particular resistance to the infestations of Diptera (flies and mosquitoes) and vermin, another peculiarity that allows it an excellent adaptability to grazing. These physiological resistances translate into all those positive consequences that allow it to be very fertile and very long-lived. Longevity allows the bulls a long productive career, in particular for the collection of sperm used for the cross: often the cross is made with dairy cows like the Frisona.
To these positive characteristics are added the good with which this breed copes excellently with the problems during childbirth.
The Aberdeen Angus, on the other hand, deals with the parts in an excellent way, without particular problems and often twin births occur.
The excellent quality of the meat of Aberdeen Angus is linked to the fact that it is succulent, tender, delicate, soft, tasty and highly appreciated abroad. In Italy it is not very successful due to the high amount of intramuscular fat.
In particular it is called “marbling fat”, that is a fat distributed inside the muscular tissue: the meat, in fact, depending on the quantity and the form with which the fat infiltrates into the fibers, may have veins similar to those of marble (hence the term marbled meat) or patches similar to tiny parsley leaves (hence the term parsley).
The meat of these cattle is typically used in gastronomy; given that the amount of fat derives from the state of health and the type of feeding of the animal, the higher the degree of marbling and the more valuable the cut of meat will be; during cooking, moreover, the finely distributed fat melts, giving the meat flavor, fragrance and softness.