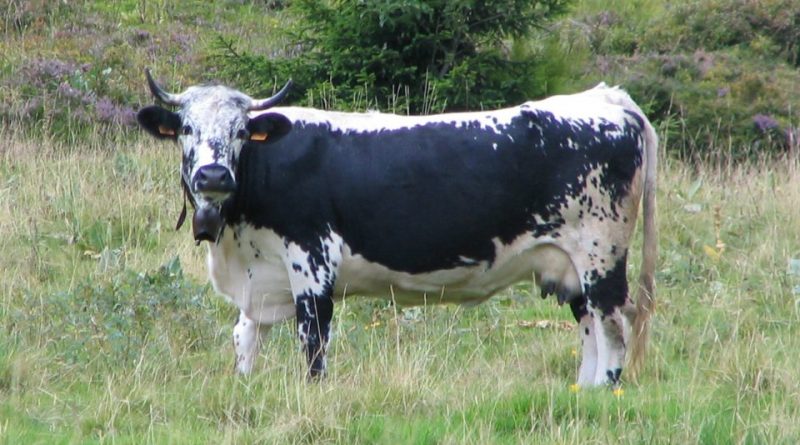 The Vosgienne is a bovine breed (Bos taurus Linnaeus, 1758) native to the Vosges mountain range, in central-western Europe, with a dual aptitude with a slight prevalence for milk production.

Geographical and area distribution –
The Vosgienne is a breed that is bred in the area of ​​the Vosges, which extends along the western side of the Rhine valley in a north-westerly direction, from Belfort in France almost to Mainz in Germany.

Origins and History –
The Vosgienne is a cattle breed originating from the Vosges mountains in France, dating back to the 17th century, when, during the 30-year war, it was imported from Scandinavia by Swedish soldiers who brought the Swedish Jemtländer race.
Later, towards the end of the 19th century, this cattle was crossed with the Lothringer breed, similar to the Vosgean one but heavier.
This breed is one of the 11 breeds that adhere to the European Federation of Alpine System breeds.
With the advent of breeds with high productivity characteristics the Vosgienne has notably decreased even if in the last twenty years it is a breed in the process of recovery that is better suited to difficult mountain areas.

Morphology –
The characteristics of this breed are highlighted by a black and white coat, slightly spotted but with a black base color; furthermore there is a white strip on the topline.
The tail is white and the ventral part white, with white limbs in the area of ​​the tarsus and carpus. The head is gray with a black halo around the eyes.
It has black pigmented mucous membranes with a black halo.
The horns are black at the tip and the black claws.
The cows have a height at the withers of 125 – 135 cm, with a weight of 550 – 650 kg; the bulls measure 135 – 140 cm at the withers and weighs 750 – 850 kg.
They are therefore medium-sized animals.

Production aptitude –
The Vosgienne breed provides high quality and good quality milk, with around 4,400 kg per year.
Furthermore, the vosgienne is one of the breeds authorized to supply milk for the production of Munster, a soft cheese with an intense odor and a subtle taste, which has a protected designation of origin; from its milk are also produced typical local specialties such as: bergkasse, which is a raw pressed cheese or bibeleskaes, which is a sort of white cheese.
Good performance also for beef production. Connoisseurs of his meat recognize a particular fineness of the grain and a particular flavor which, thanks also to the low percentage of fats, allows the production of various processed products.
Vosgienne beef is used in the preparation of typical regional dishes.
The Vosgienne is a bovine breed, it is also of considerable strength, an excellent walker; thanks to the hard hooves it is a breed adapted to the difficult morphological conditions of the reliefs in the area and able to make the best use of the coarser and higher altitude fodder. Moreover it is quite resistant to temperature changes.
It is also a cataract breed bred to have medium-early heifers but with excellent longevity.