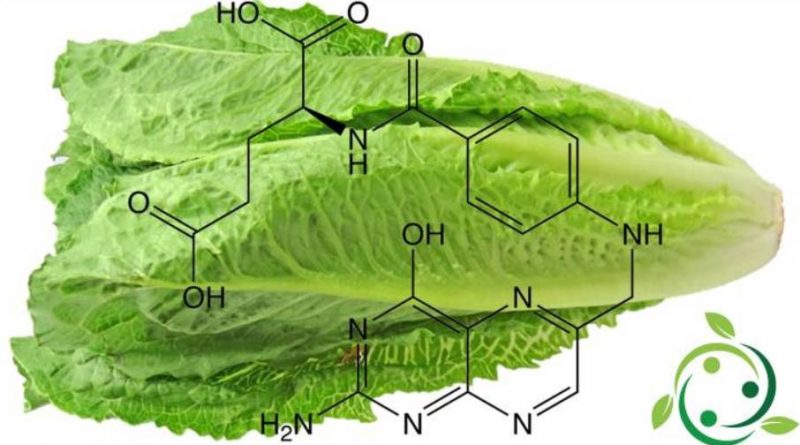 Folic acid, as such, is not active, but is the precursor of the active form which is tetrahydrofolate; for this reason it should be classified as a prodrug.
Folic acid is a water-soluble vitamin of group B, necessary for all DNA synthesis, repair and methylation reactions; for the metabolism of homocysteine ​​(remethylation) and other important biochemical reactions, especially where intense periods of cell division are involved in cases of rapid growth. This is why both children and adults need folic acid to normally produce red blood cells and prevent forms of anemia.
Folic acid, for this reason, is fundamental for the metabolism of phospholipids and certain amino acids and for the maturation of red blood cells, for the correct development of the nervous system in the embryonic phase and therefore for the neuropsychic health of the person. Its lack can cause anemia (called Megaloblastic), developmental slowing, neurological problems, stress, irritability, anxiety, upsetting mood, memory impairment, fatigue, obtundation and mental deterioration.
Folic acid is a compound more stable to heat than folates that are present in food and this is why it is used in many countries to fortify food flours.
This procedure consists of the addition of folic acid in food flours; the fortification has reduced the incidence of neonatal malformations, particularly those affecting the central nervous system such as neural tube dysfunctions (NTDs), other types of cranial malformations and cardiac malformations in an absolutely certain and extremely marked manner.
It is difficult to experience health problems due to an excess of folic acid, as the quantities beyond the limits present in the body are soon expelled through the urine.
However, there may be some cases of overdose revealed by symptoms such as the appearance of tremors, unprovoked nervousness, allergic reactions and acceleration of heart beats. High doses of folic acid in the blood could cause kidney problems, but even this is a very remote possibility.