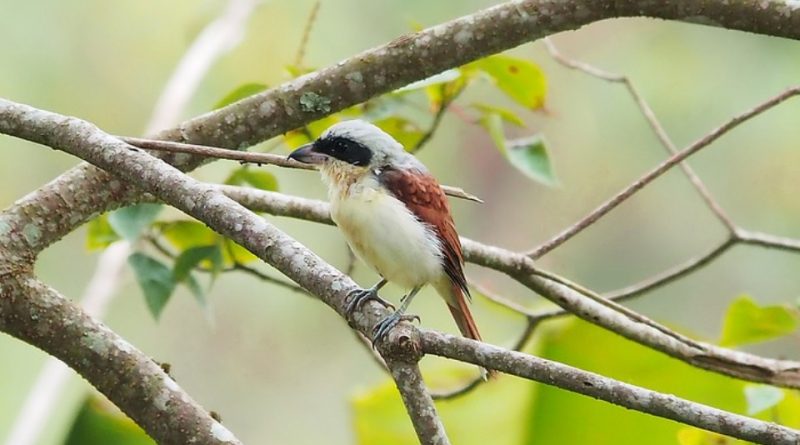 The Lesser Grey Shrike (Lanius minor Gmelin, 1788) is a passerine bird belonging to the Laniidae family.

Geographical Distribution and Habitat –
Lesser Grey Shrike is a migratory species that nests in parts of Europe and Asia; this range goes from southern France to Kazakhstan, and winters in southern Africa. In Italy most of the nesting couples are found in the southern Apennines, and in the Po Valley and, to a lesser extent, in the rest of the peninsula.
Its habitat consists of agricultural areas, and at the edges of forests, below 900 m s.l.m .. 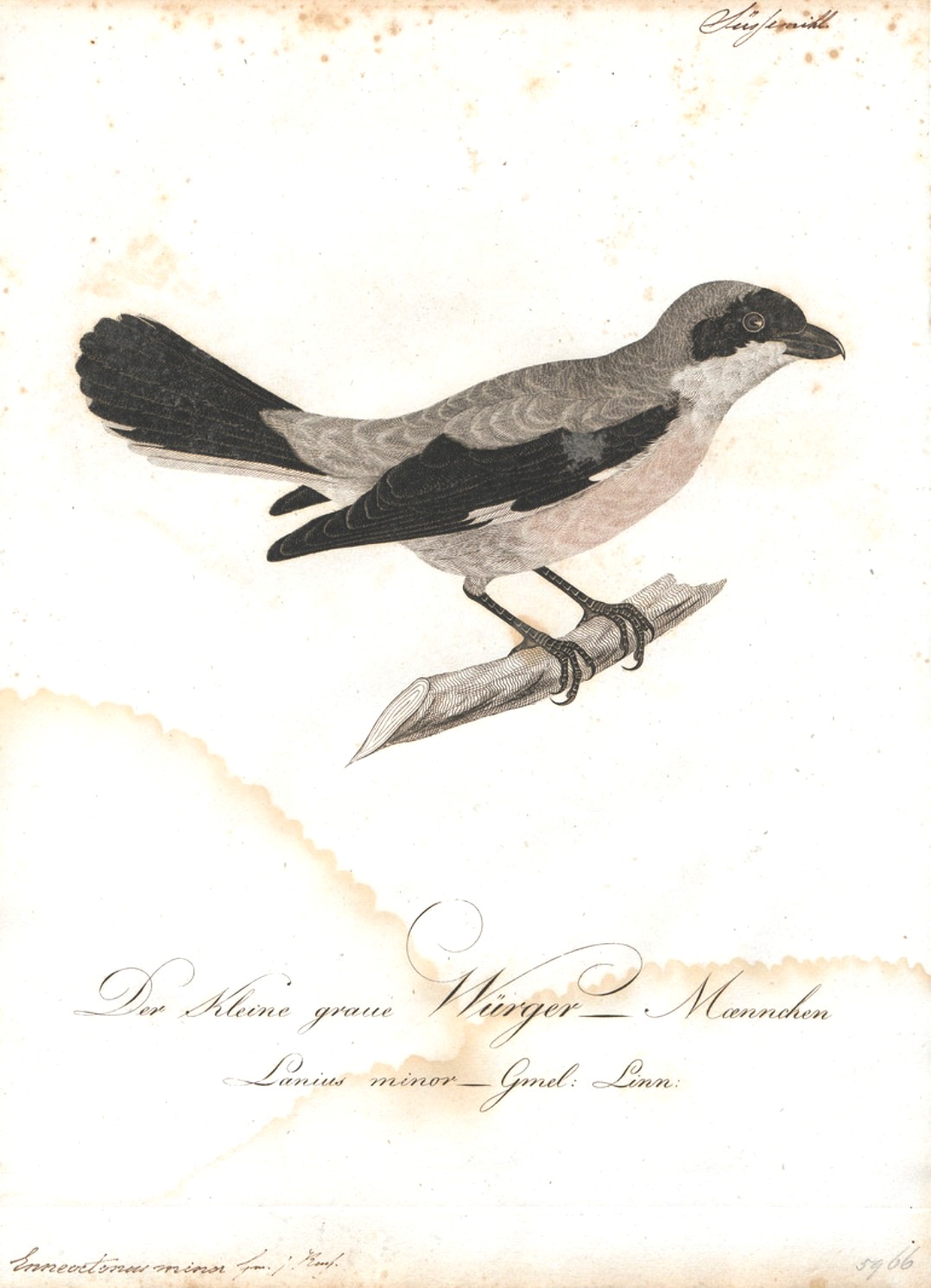 Description –
The Lanius minor is recognized for having a length of 20-22 cm, with a wingspan of 35-36 cm, for a weight of about 35 grams.
This species has a slight sexual dimorphism. The adult male has gray back, shoulders and vertex.
The wings are black on the upper side with a showy and characteristic white fasia (visible even when the subject is laid). On the forehead there is a wide black mask that crosses the eye up to the ear area. The cheeks and throat are white, while the chest, abdomen and hips are salmon pink. The legs are black and the beak squat also.
Adult females are similar to adult males with black parts of a less intense color.
The young individuals are similar to the adults unlike the black mask that tapers towards the forehead until it disappears; the lower parts are white and the upper parts are finely white. The beak and legs are black with lighter shades.
Lesser Grey Shrike can be confused with the greater one, from which it is distinguished by its smaller size, and in adults by the broad black band on the forehead and the lower parts salmon pink.
The direction of this bird is similar to the check – check – check of the magpie. Singing can be simple or repeated and in some cases it can be more varied and full of imitations of other birds.

Biology –
Lanius minor nests on trees, even near farmhouses, building a large, clearly visible nest.
This species carries out only one brood per year and the female lays 5 or 6 eggs. After a 16-day incubation the eggs hatch and the chicks will be able to leave the nest after about 20 days.

Ecological Role –
Lesser Grey Shrike, like the others, feeds mainly on insects, but also on small mammals or reptiles, which it uses to kill and then spear on thorns.
The feeding is however made up of insects, generally of large dimensions, lizards, amphibians and, occasionally, small mammals and nestlings of other species of birds that it captures in the meadows, medics, edges of roads and chubs hunting to the ambush from the top of trees and by wires of electric lines.
The world population of this passerine is decreasing and is estimated in some millions of individuals, of which about half live in Europe.
According to the IUCN red list, this species is at the lowest risk of extinction (Least Concern). In Italy it is a protected species under the law 157/92.