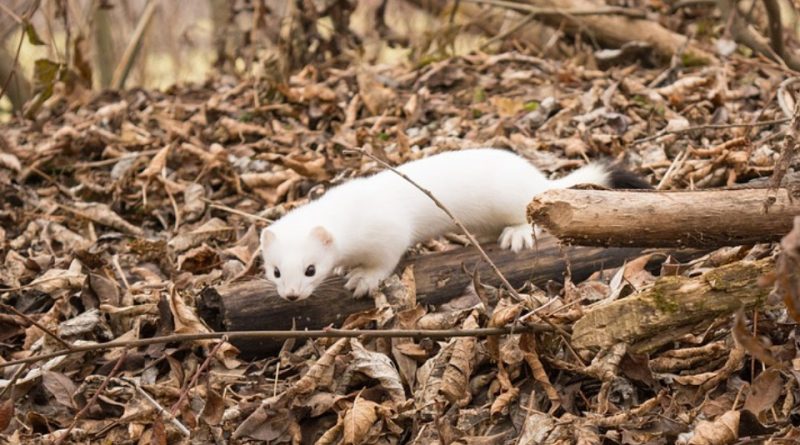 The ermine (Mustela erminea, Linnaeus 1758) is a mammal belonging to the Mustelidae family.

Geographical Distribution and Habitat –
Ermine is a small mammal widespread in Europe, Asia and North America and is very common throughout Europe except for Ireland and Iceland. In Italy it is practically present throughout the peninsula (but with a fragmented range in the Alpine arc) with the exception of the smaller islands.
It was also introduced in New Zealand, in an unsuccessful attempt to control the expansion of rabbits, and proved to be a danger for the survival of many species of birds, of which the eggs for which it was inserted prey voraciously in the list of 100 of the most harmful invasive species in the world.
Its habitat is that of the woods but it can also adapt to the moors, in the prairies and along the hedges. In general it uses a wide range of environments, preferring those that offer a greater availability of natural shelters due to the presence of shrub vegetation and stones. The species is therefore present in forests with rich undergrowth, in stony ground, or in alpine prairie up to an altitude of 3500 meters. 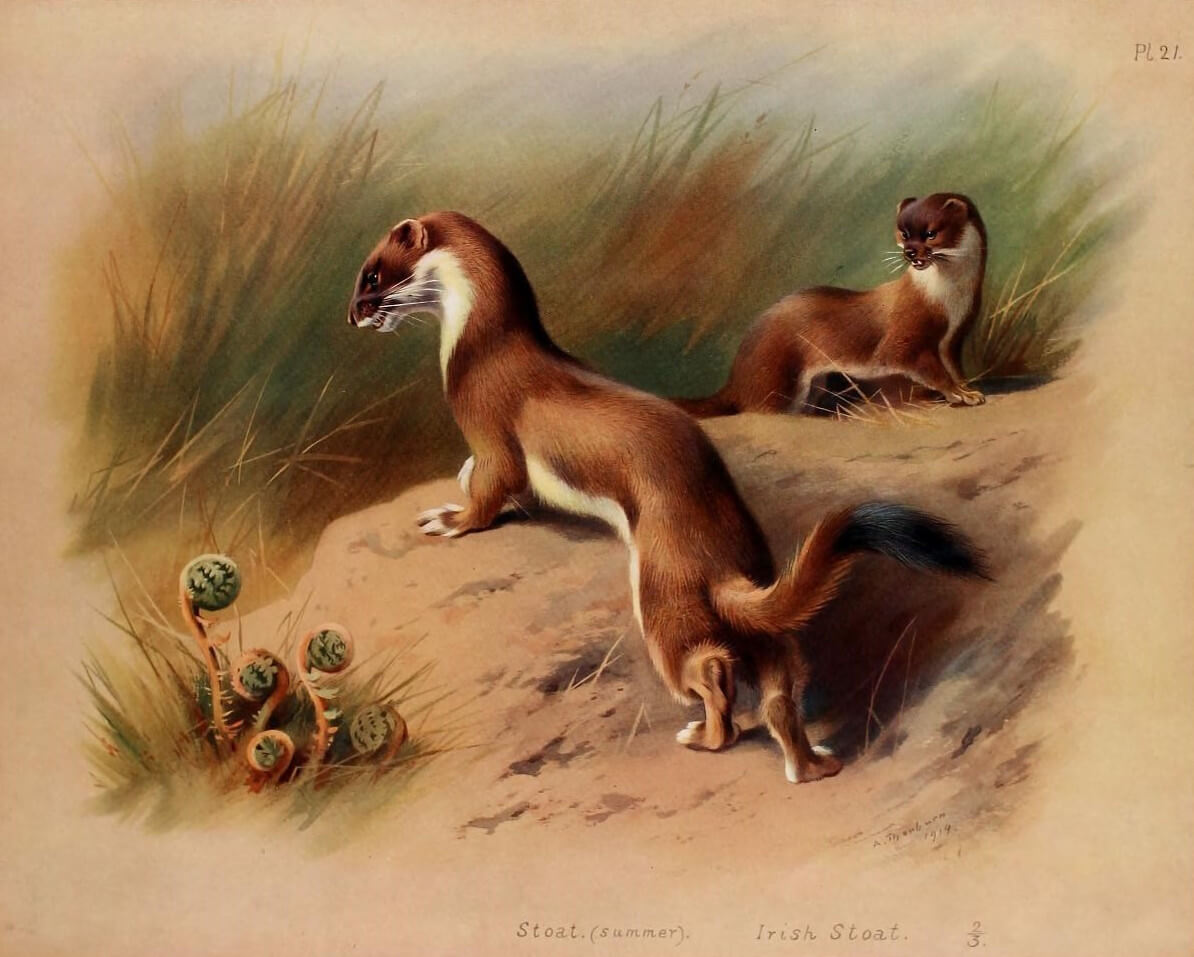 Description –
The ermine is a small mammal that is recognized to have a length between the head and the body of 20-29 cm, with a tail of 8-12 cm and a weight oscillating between 0.125 and 0.300 kg.
The body is typically elongated and cylindrical, with short limbs and a sexual dimorphism because the male is larger than the female.
It has a brown-reddish back, with a white belly and a black tail tip; after the suit the color of the hair becomes completely white, except for the tip of the tail which remains black; it is a camouflage color that is very effective in snowy environments.

Biology –
The biological cycle of Mustela erminea begins with the mating season that can occur both in spring and summer.
In the first sexual case there is a normal gestation that lasts about two months, while in the second case there is an apparently very long gestation, lasting 8-12 months; this expedient is useful for adapting birth dates to the best environmental conditions for the development of children.
In fact, in the second type of gestation, the development of the fertilized oocyte continues for 14 days after which there is a period of quiescence, that is, an arrest in growth, which lasts several months; subsequently the embryo is implanted in the uterus and develops normally.
At the end of the gestation, the female gives birth to 4 to 7 small in quite disparate places that can be represented by cracks in the rock, natural cavities in the ground, stony grounds or even hidden corners of abandoned houses or malghe. The young are blind for about 6 weeks and are suckled for 7 weeks.
This mammal builds its burrows underground, in long tunnels, where it immediately takes refuge in case of danger. If threatened, it produces a strong and unpleasant musk odor from the anal glands.

Ecological Role –
An ermine is a very lively and extremely aggressive mammal that hunts both at night and during the day; he usually moves on the ground but is also a skilled climber and swimmer.
Among the carnivores it is undoubtedly one of the most easily observable species in nature, both because of its diurnal activity and because of its curious temperament. In fact, it may happen that, when a stranger is sighted, the ermine is immediately hidden, and then suddenly reappears in order to control the intruder’s movements.
The ermine has an essentially carnivorous diet which includes small rodents (in particular the snow vole) as well as birds, reptiles and invertebrates.
The ermine carefully explores the environment in search of the traces of its prey, using in particular the sense of smell; once he has sighted the prey he approaches it with much circumspection and, through a lightning leap, he grabs it at the nape of the neck to provoke its instant death.
This is a technique that allows this small mammal to kill prey five times its size, like rabbits. The killed animal is immediately devoured or transported to the den where it goes to constitute a food reserve.
His fur was, above all, once much sought after, especially in the white variant, for the fur industry, triggering a veritable hunt, which caused a great reduction in the population.
The winter ermine fur is widely used in heraldry with the name of armellino.
At the moment there are no indications of decline or contraction of the range, although with a fragmented range it is widely distributed. The main threats are represented by alterations of the environment and by the anthropic disturbance that can determine its rapid disappearance at the local level. The ermine is still subject to poaching.
This species is listed in Appendix III of the Berne Convention. In Italy the ermine is legally protected (Law 968/77).