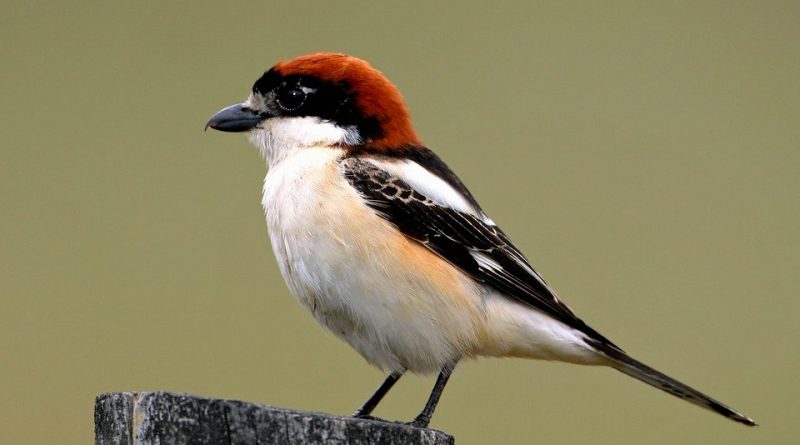 The woodchat shrike (Lanius senator, Linnaeus 1758) is a bird belonging to the Laniidae family.

Geographical Distribution and Habitat –
The woodchat shrike is a bird that nests in the southern part of Europe, from Portugal to Ukraine, along the Mediterranean coasts of North Africa and, in the Middle East, from Turkey to Iran.
The species also winters south of the Sahara.
In Italy it is an almost nesting species in the whole peninsula, between 0 and 1000 m s.l.m., where it is diffused in most of the central and southern regions and more rare in the north.
In the peninsular Italy nests the nominal subspecies Lanius senator senator, while in the Tyrrhenian islands we find the subspecies Lanius senator badius.
The habitat is that of rural areas but is also present in wooded areas; it frequents tree-lined countryside with hedges, uncultivated areas full of bushes and scattered trees, Mediterranean scrub, olive groves, orchards, vineyards, parks and urban gardens. 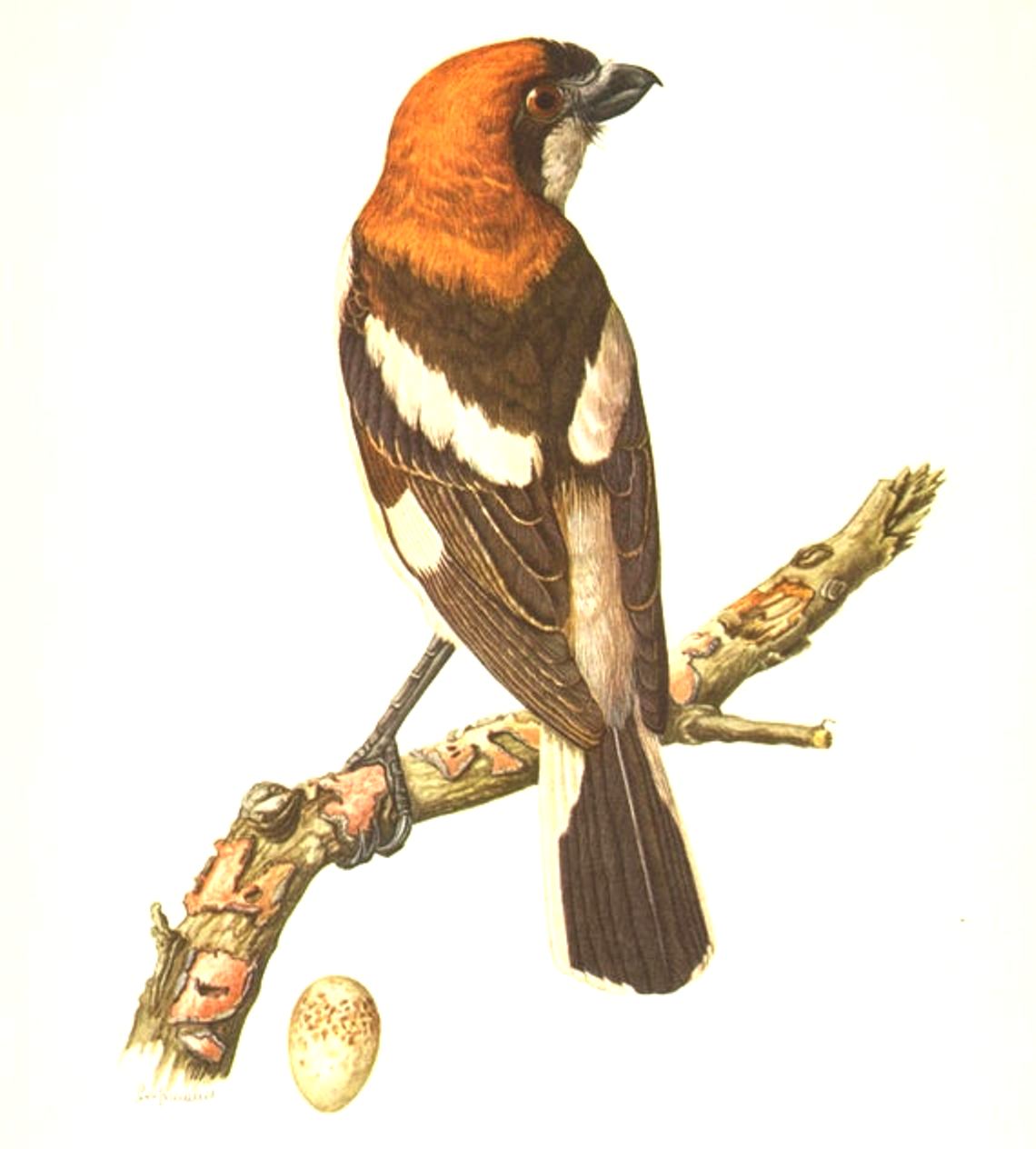 Description –
The Lanius senator is a bird that stands out for having a length of 18-19 cm, with a wingspan of 29-32 cm and an average weight of 38 grams.
Unlike the others, they have a reddish head with a black mask; the chest, belly and sides are light-colored, almost white.
The wings are black with white wing mirror, black helmsman, with some white pen.
The tail is black edged with white and white overcoat.

Biology –
Woodchat shrike head nests in the period from the end of April to July, normally carrying out only one annual hatching.
males reach the nesting quarters before the females and occupy their own territory. When the females arrive, the nuptial parades begin: the male stands in front of the female in an upright position, which then alternates several times with the normal position and the bulging plumage; often makes an offer of food to the partner and invites her to occupy the site chosen for the nest bringing the first materials. The rather voluminous and solid nest is made mostly by the female on the trees at the end of a branch, using twigs, roots, stems, feathers, hair, etc.
5-6 eggs are laid and incubated for about 2 weeks especially by the female, to which the male procures the food. The chicks are nidicoli and are raised by both parents. At the age of 18-19 days the young leave the nest.

Ecological Role –
The woodchat shrike is a predominantly solitary species that uses not too high perches to hunt, from which it launches to catch insects, sometimes even on the fly.
It has a fairly undulating flight over long distances, with deep and little rapid beats.
As far as eating habits are concerned, the Lanius senator feeds mainly on insects and their larvae, and secondly on lizards, frogs, earthworms, small vertebrates: adults and juveniles of small birds (Finches, Silvidae, etc.) and small rodents.
According to the data of the early 2000s the range of the species is vast and the number of mature individuals is over 10,000.
However, based on the approximately 200 couples on average contacted each year during the MITO2000 project, the Italian population is in decline by 80% in the period 2000-2010 (LIPU & National Rural Network 2011, www.mito2000.it). The threats to which the population is subjected are mainly linked to the transformation of habitats both in the nesting and wintering areas.
Given the extent of the decline, the Italian population falls well within the criteria necessary to classify it in Danger according to criterion A. In Europe the species is in general decline, especially in countries that host the largest populations.
For this reason immigration from outside the region cannot be hypothesised and the assessment for the Italian population remains unchanged.
The causes of the decline of this species are still little known. In Sicily the population has one of the lowest productivity in Europe but the preferential nesting habitat does not seem to have undergone substantial modifications. The decrease of this species probably should be seen in a broader problem that affects all the Trans-Saharan Laniids, which in Europe are in sharp decline.
The species in Europe is considered to be in an unfavorable and declining state of conservation due to environmental changes, the use of pesticides in agriculture and unfavorable climatic conditions in the reproductive period and in the wintering areas.
The woodchat shrike is a species strictly protected by the Berne Convention, all. II and by the National Law 11 February 1992, n. 157.