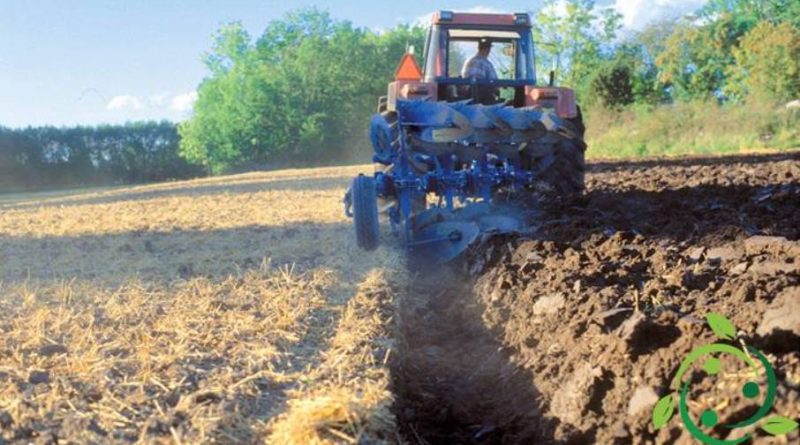 The term tilling means an agronomic tillage of the soil, which can reach a depth of 150 cm, performed in order to break the compactness of a natural terrain for the first time.
Tillage is generally performed with large plows towed by high-powered tractors.
In general, therefore, tillage is an extraordinary process carried out on natural ground that has never been affected by agricultural uses or on land that has been uncultivated for many years.
This processing is usually performed only once after a clearing or the clearing of a natural soil in order to allocate the land for cultivation. The purpose of clearing is to break the compactness of the soil even in depth and create the physical conditions suitable for allowing subsequent processing and deepening of plant roots.
Although analogous to burglary, break-up differs from this from a conceptual point of view: the burglary, in fact, is usually performed before the installation of an arboretum on land that was previously affected by arboreal cultivation or from a herbaceous cultivation.

In this sense, burglary is performed as an extraordinary intervention on agricultural land, every time an arboreal crop is to be planted.
Unlike the burglary, the tillage on the other hand has the character of exceptionality as it is performed only once and, in certain pedological conditions, being able to require more energetic interventions of the same burglary. Furthermore, the tillage has lower processing depths, as it is mostly carried out to prepare a soil for a herbaceous crop (arable land, vegetables, etc.).
The intervention of the tillage is carried out with single-furrow plows or burglary plows, pulled by crawler tractors capable of developing high traction forces. Furthermore, when you find yourself in more difficult conditions, tillage can also be performed with earth-moving machines (dozers, bulldozers, excavators) and with the use of explosives.
The depth of tillage processing can vary on average between 50 and 150 cm depending on the soil characteristics and the stratigraphic characteristics of the soil profile.
In recent times, however, with the advent of more conservative agriculture and techniques aimed at the principles of agroecology, tillage and deep burglary interventions are increasingly giving way to less invasive processes that take up the concepts of minimum tillage or zero or no tillage (Sod seeding).