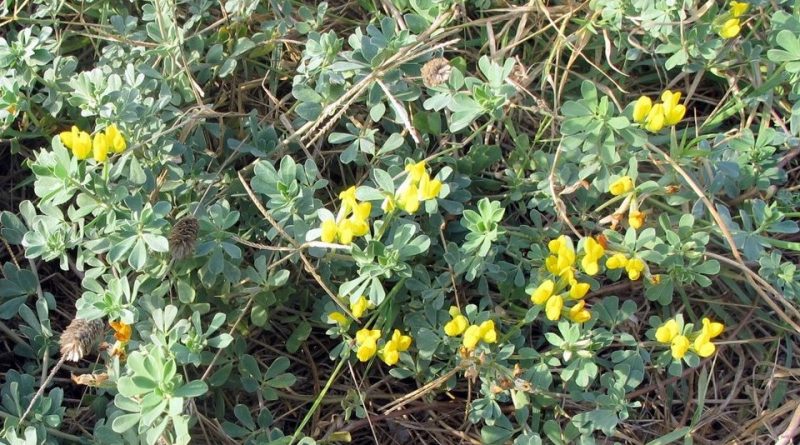 The gorse (Lotus cytisoides L.) is a herbaceous species belonging to the Fabaceae family.

Systematics –
From the systematic point of view it belongs to the Eukaryota Domain, United Plantae, Phylum Magnoliophyta, Magnoliopsida Class, Fabales Order, Fabaceae Family, Faboideae Subfamily, Loteae Tribe and then to the Genus Lotus and the L. cytisoides Species.
The terms are synonymous: Lotus allionii Desv. and Lotus prostratus Desf ..

Geographical Distribution and Habitat –
Lotus cytisoides is a plant common in the coastal areas of the Mediterranean basin between southern Europe, Asia Minor, the Middle East and North Africa.
In Italy it is present in an area that includes the central and southern regions, as well as Sicily and Sardinia with the northern limit of Liguria which represents the northernmost Italian region in which it manages to develop.
Its habitat is represented by sunny and arid areas close to the sea where it grows on the cliffs, on the cliffs, on the sand. 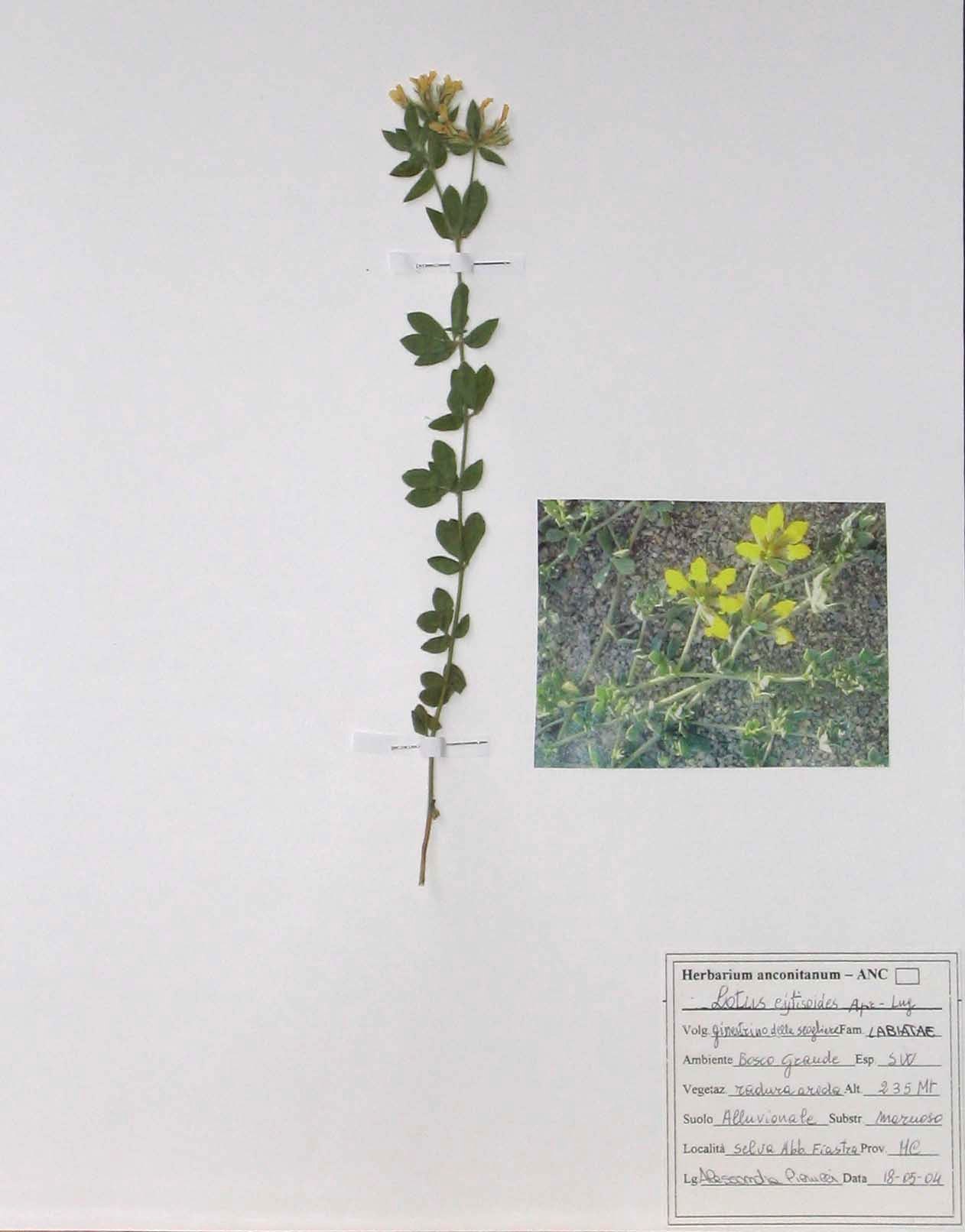 Description –
The gorse of the cliffs is a suffruticosa camefita herbaceous species that can reach 20–25 cm in height and with a prostrate-ascending habit.
It has a woody stem at the base which is then divided into a series of thin branches that form bushes in the shape of a pillow.
It has leaves with a fleshy consistency, green in color, covered with a sparse hair.
The flowers are intense yellow and gathered in umbrellas.
The anthesis is between April and May.
The fruit is a cylindrical legume, straight or slightly curved, of 10-23 x 2-2.5 mm, with 5-13 seeds, uniseriati of 1.1-1.8 mm, subglobose and yellowish-brown.

Cultivation –
For the cultivation of this species it must be taken into account that it is a plant that must grow in sunny areas, even in the presence of little substrate, but in soils which are mainly sandy and in any case very draining.
The gorse of the cliffs, like all legumes, is able to supply itself with atmospheric nitrogen and due to its residual fertility has no particular requirements.
Even the irrigation technique should be used with absolute parsimony if not in conditions of real needs in particularly dry years.
It is ideal for the creation of rock gardens, even in combination with other xerophilous flower essences, with different colors of flowers.

Uses and Traditions –
This species, although in the past has been considered by some authors as a mere variety of Lotus creticus, has been confirmed by recent molecular studies as a species species in its own right.
It is a very common plant in all coastal areas, while its variety, the patens, is found in the hilly and mountainous areas of the northern part.

Preparation Mode –
There is insufficient and reliable news on any uses in the food or pharmaceutical field.