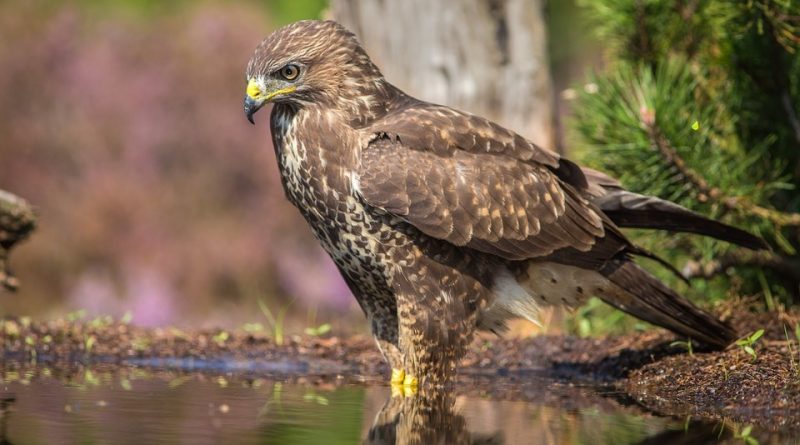 The Eurasian sparrow hawk or simply sparrowhawk (Accipiter nisus (Linnaeus, 1758)) is a bird of prey in the Accipitridae family.

Geographical Distribution and Habitat –
The Eurasian sparrowhawk is a widespread bird of prey in the temperate zones between the Eurasian continent and Africa. In Europe it is present throughout the continent with the exception of the southernmost areas.
Its habitat is represented by wooded areas not very thick especially if located in mountainous areas.
In Italy, it is a sedentary nesting species from the Alpine arc to the most extreme latitudes of the peninsula and the two major islands.
With winter migrations this bird migrates to warmer countries in India and northern Africa. 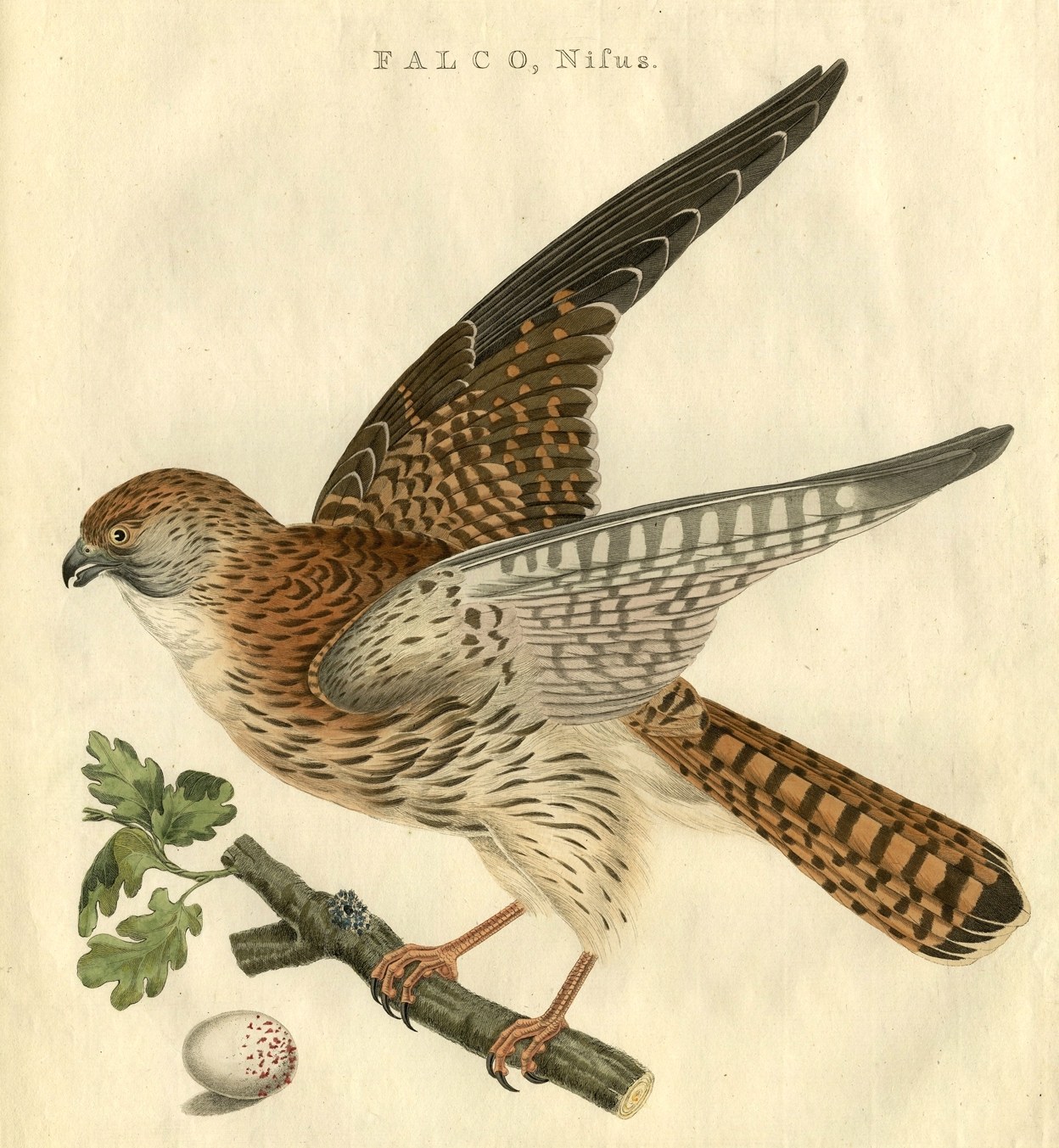 Description –
The Accipiter nisus is a bird of prey characterized by short and rounded wings and long tail, with a length exceeding thirty centimeters, of which ten of the tail; ; this conformation allows it an agile and suitable flight to the habitat of the densest woods.
The body is slender, with a small head and a beak of elegant blue and hooked.
Wingspan of over sixty cm and long, thin legs like fingers with strong nails. The wax, feet and eyes are yellow.
Because of sexual dimorphism, females are longer than six centimeters with a wingspan of over ten centimeters longer than that of the male.
This bird of prey is recognized by a plumage that in adults is dark cinerino in the upper parts, white with wavy lines and red-rust streaks in the lower ones.
On the tail, which has a white end, we find five to six black bands.
In the young specimens the livery has a more gray and white tone, besides on the throat and on the front part of the neck there are longitudinal streaks, while the belly and the thighs are marked by transverse spots.
The voice of this bird of prey is characterized by sharp cries emitted in rapid succession and that can be heard in spring in the areas where it will go to nest.

Biology –
The biological cycle of this bird begins in the spring period, a period in which it is possible to observe the nuptial parades of adults, characterized by vertiginous noses with successive sharp ascents with wide open wings.
Subsequently the Eurasian sparrow hawk usually builds a nest among the spots or on tall trees but always well hidden; this is realized with dry twigs, which in the weaving are increasingly thinner as we proceed towards the inside; furthermore, to make it softer it is upholstered with female feathers. Each pair builds more nests that it can reuse.
The female lays a variable number from three to five eggs, which are of medium size, with a large shell; they are recognizable because normally they are scattered with points and spots on a background that can vary from white to greyish or light green.
The hatching period, treated only by the female, varies from 33 to 35 days, after which both parents take care of feeding the small born. The presence of the mother during the nutrition phase is important because if it is killed the young, even if fed by the male, end up dying of hunger. This may be related to the fact that only the mother knows how to make food acceptable to children.
Young people, even if they have learned to fly, are fed by their parents for a certain period; the abandonment of the nest takes place after about a month but remains for a long time with the adults.
The reproductive period of this species begins at one or two years of age.

Ecological Role –
The Eurasian hawk is one of the most agile birds of prey, with a rapid flight despite its short wings; it would seem more awkward only when it moves on the ground. Particularly characteristic are the flights tending to trace the territory where the bird highlights the white feathers of the undertail.
The Accipiter nisus is a species is sedentary at our latitudes; in autumn a good number of migrants come from northern Europe.
This bird implements a hunting system where normally, it keeps itself hidden in the thick of the trees, coming out of it to lash out on the unaware prey.
In the hunting flight it remains very close to the ground, hugging hedges and shrubs and suddenly changing direction to surprise the prey, on which it launches perpendicularly at great speed.
However, his meal is represented both by birds and small mammals which, once captured, transports somewhere well hidden and devours after having torn off their feathers or their fur, which they then reject together with the other non-digestible parts.
The Eurasian sparrow hawk has a centuries-old use by man in falconry for his great hunting skills. It has a unique tenacity, power and speed that make this predator a great hunter. Its character always remains very wild, and it is only thanks to the experience of the falconer that excellent results can be achieved. Otherwise, in inexperienced hands, the escape or death of these birds of prey is almost certain.
The most coveted prey of the falconers, always respecting the law 157/92, are however the magpie, the jay, the blackbird, the jackdaw and the nutcracker for the female.
Accipiter nisus is included in the IUCN Red List as a low-risk species (Least Concern).