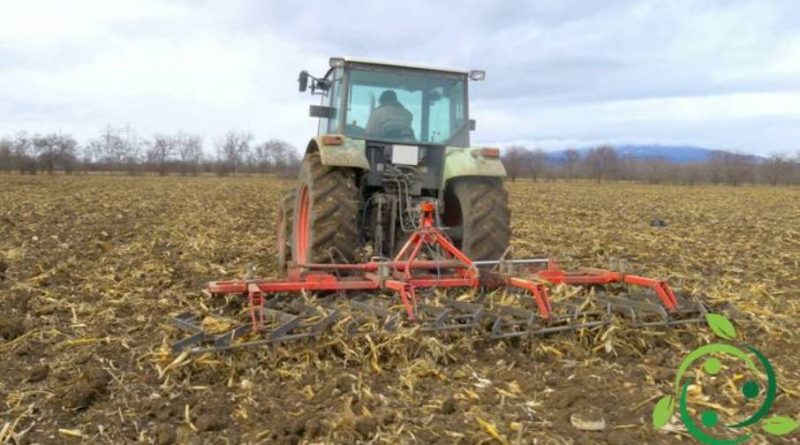 With the term harrowing, in agriculture, we mean the processing of the complementary soil that is performed as a finishing work in pre-sowing.
Harrowing is a process, which is performed with a special tool, called a arrow, to chop up the soil worked by the plow.
The harrowing operation can be performed either as a complementary work, after plowing, or as a single process.
As a complementary processing the harrowing is performed to crush and refine the clods and to even out the surface to prepare it for the seedbed.
As a single process it can be performed for the following purposes:
– to bury volatile herbicides to prevent their evaporation by incorporating them in the ground;
– bury the seeds after a sowing in a broadcaster;
– to bury fertilizers;
– break any surface crust;
– eliminate any weeds in an emergency;
– to replace plowing as a minimum tillage technique.
The harrowing is a working of the ground that however interests a layer of ground that oscillates on average between 5 and 15 cm.
The effects of harrowing on the consistency and crushing of the soil depend on various factors linked to the chemical-physical characteristics of the soil and finally to the type of working organs and the working method; in summary we can summarize them as follows:
– Physical properties of the soil; these are mainly related to the texture that the structure. The harrowing is carried out easily in soils that are not very compact and dry, while it is less effective, or in any case more difficult, in clayey soils and, in general, in poorly structured ones.
– Soil moisture; the percentage of water present in the soils obviously affects the efficiency of harrowing. In general, with soil in the cohesive state, the working organs tend to move the clods without chopping them, with soil in the plastic state or in tempera, the plates tend to deform without being chopped.
Another aspect that affects the efficiency of harrowing is that related to the type of working organs.

This efficiency decreases passing from working organs connected to the power take-off of the tractor to idle rotating working organs and, finally, to discarding working organs.
The last aspects, which affect the efficiency of harrowing, are instead linked to the harrowing method and in detail to the speed of progress, the number of passages and the time of execution.
Efficiency usually increases:
– with more passages, especially with working organs not moved by the power take-off;
– with a lower advancement speed in the case of working organs moved by the power take-off, with greater speed in the other cases;
– if it is carried out at a distance from the plowing: in this way the disruptive action of the atmospheric agents is exploited on the clods.
The tools for performing harrowing can be of various types and are called harrows. These include:
– Discissory harrows: they are static working organs that perform close cuts on the surface of the ground. The effectiveness of these instruments depends essentially on the number of passes and the speed of progress because the effect of chopping is due to the impact of the working organ on the sod. In general, they perform a good job on loose soil with little zollosi. These tools can then be divided into harrows with frame and rigid teeth or zig-zag harrow, oscillating harrows, articulated harrows or chain-driven harrows or Howard harrows, Canadian harrows, harrows with wavy blades or Acme harrows, harrow harrows.
– Rotary harrows with crazy organs: they are tools composed of working organs mounted idle on a horizontal axis. Due to the rolling friction, they are caused to rotate causing the surface layer of the soil to mix and break up the clods. In general, these harrows perform more energetic work than discursive harrows. Among these we remember the disc or disc breakers.
– Power harrow-type harrows: this type of tool can be divided according to the shape of the working organs and the type of movement. In common they have the property of performing an energetic job, able to prepare the seedbed in a single pass. We can divide them into three categories: rotary organs harrows on horizontal axis, rotary organs harrows on vertical axis and oscillating organs harrows.
During harrowing, the working capacity is determined not only by the type of harrow, but also by the width of the operating machine.