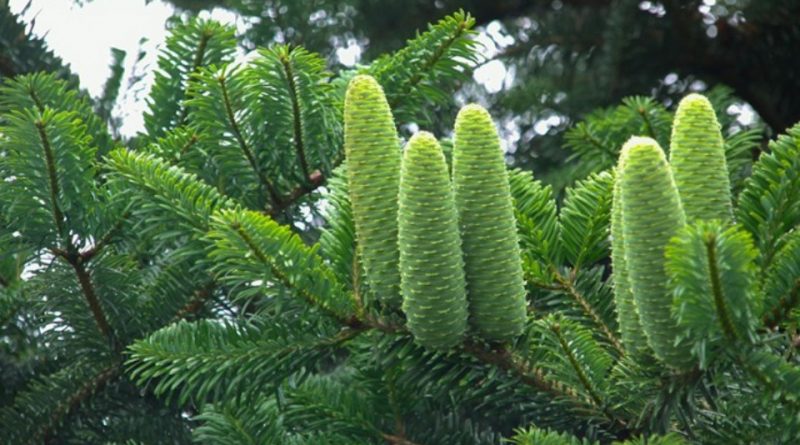 Etymology –
The term Abies comes from the classical Latin name abies (Virgil, Eglogues) in turn from the Sanskrit root abh to gush, in reference to the resin.
The specific epithet beshanzuensis is in reference to the Baishan-zu, mountainous locality site of the areal of this plant.

Geographical Distribution and Habitat –
Baishanzu Fir is an endemic species from the Chinese province of Zhejiang. It is a very rare species (only 3 mature individuals ascertained in 1987, the latest data available) and is found in a single location, located at 1,850 m altitude, on Mount Baishan-zu which is located in Asia, in the Chinese province of of Zhejiang.
The habitat is characterized by hot summers and cold winters with annual precipitation of 1,250 mm. And from the presence of Tsuga chinensis, Cephalotaxus sinensis, Taxus chinensis, cylindrical Magnolya, Lithocarpus hancei and species of the genera Castanopsis, Quercus and Acer .. 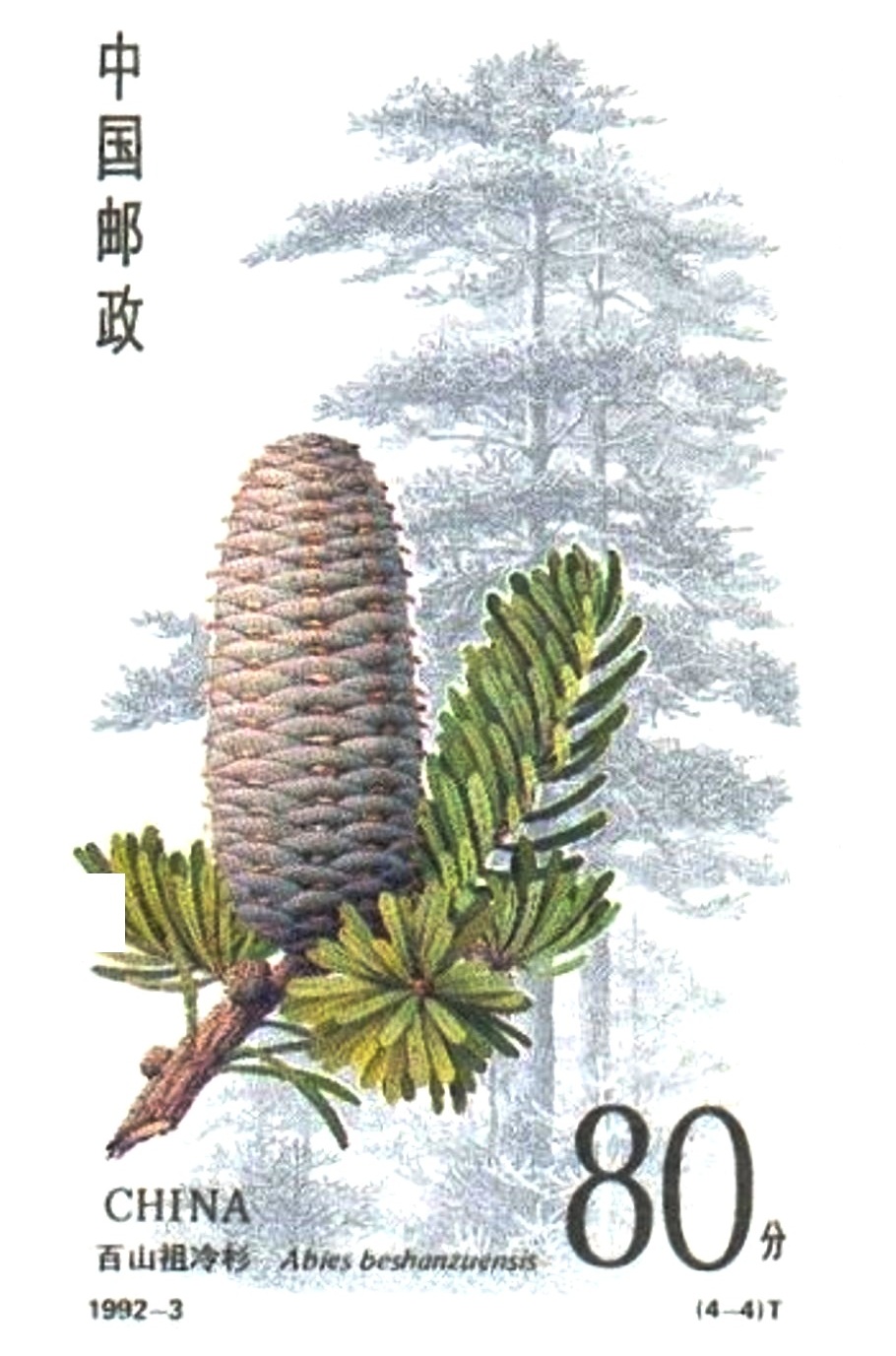 Description –
The Abies beshanzuensis is a conifer that can reach 30 m in height (but at the moment the species present develop between 15 and 17 meters) characterized by a trunk with a maximum diameter of 80 cm with bark that is smooth, light gray on young trees , tending to become scaly and cracked on old specimens.
The branches branch off from the central stem horizontally. The young twigs have a yellow or brown-yellowish color when young to then take on a gray color after the third year of age.
The needles have a maximum length of 3.5 cm, shiny dark green in the upper part and pale green in the lower part, with a serrated tip. These are arranged in a spiral on the upper part of the main branches, arranged like a comb in two lateral rows in the lower part, and in the secondary twigs.
Vegetative buds are ovoid-conical in shape and resinous; the pearls are brownish-yellowish, slightly curved.
The male strokes, of 2.5 cm, are yellow with red microsporophylls, which emit pollen in the period of May.
The female cones are erect, conical in shape, 7-11 cm long and 3.5-4.5 cm broad, with a yellowish color, light brown when ripe; they hatch in the period between October and November to release winged seeds.
The seeds have an oblong shape of 6-9 mm in length and 3-4 mm in diameter, with a wedge-shaped wing.

Cultivation –
Unfortunately, the Baishanzu Fir, in nature, is a species very close to extinction (there are only 3 mature specimens) and an attempt is being made to reintroduce it with young specimens cultivated in botanical gardens.
However, the causes that caused the actual risk of extinction remain unchanged: forest degradation of the area and climate risks linked to ruinous floods that have already occurred in the past.

Uses and Traditions –
The Abies beshanzuensis is a species threatened by anthropogenic and other factors linked to climate change. The site where this species of Spruce is found is located within the Fengyangshan – Baishanzu National Nature Reserve.
The species was discovered in 1963 on the top of Baishanzu Shan (1,857 m), where only seven trees were surveyed. Three of these were excavated and transferred to the Beijing botanical garden, where they died. So in 1987, only three trees remained in their natural state, making this conifer the rarest in the world today.
New plantings of grafted plants were thus created, both on the site of Baishanzu Shan and on other nearby sites that showed some success; however the species remains in danger of extinction.
As a note, it must be said that some botanists place the Abies ziyuanensis species as a variety of the Abies beshanzuensis, while others place it in a different subsection.
Currently the Abies beshanzuensis is classified as seriously threatened by the IUCN Red List.

Preparation Mode –
Obviously, at the moment, any potential use of this species is subject to a real recovery of the same from the risk of extinction.