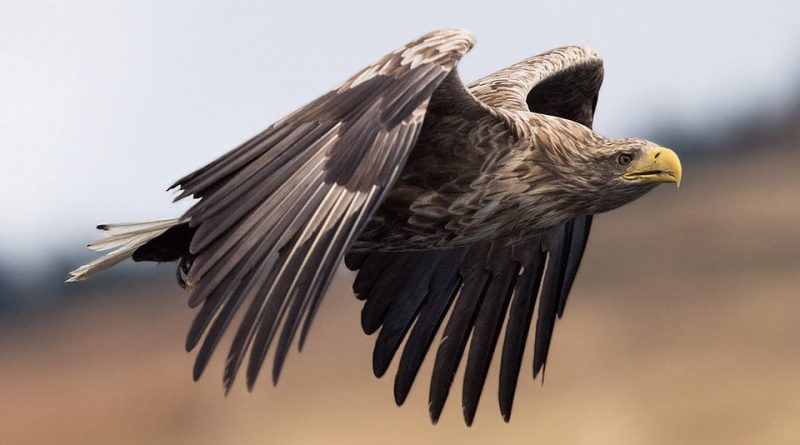 The white-tailed sea eagle or gray eagle (Haliaeetus albicilla, Linnaeus, 1758) is a bird of prey belonging to the Accipitridae family.

Systematics –
From the systematic point of view it belongs to the Eukaryota Domain, Animalia Kingdom, Phylum Chordata, Subphylum Vertebrata, Superclass Tetrapoda, Class Aves, Subclass Neornithes, Order Accipitriformes, Family Accipitridae and then to the Genus Haliaeetus and to the Species H. albicilla.

Geographical Distribution and Habitat –
Haliaeetus albicilla is a large bird of prey widespread in northern Europe, eastern Europe and Asia.
In Europe it is present above all in Norway and Russia, where more than half of the entire European population lives, but we also find it in Greenland, Denmark, Sweden, Poland and Germany. There is less presence in Iceland, Great Britain, Finland, Estonia, Latvia, Lithuania, Austria, Czech Republic, Slovakia, Slovenia, Bulgaria, Romania, Hungary, Moldova and Greece. It is also present in Italy where it once reproduced in Sardinia, where, however, it became extinct as a breeder in 1956; however it is present in Veneto on the Venetian Lagoon and on the banks of the Adige in the lower Veronese area.
The area of ​​presence of this bird also extends to Asia, through Turkey and the Middle East to reach Mongolia, China and Japan.
Its habitat where it nests is represented by marshes, places with high rainfall and on the banks of the rivers. 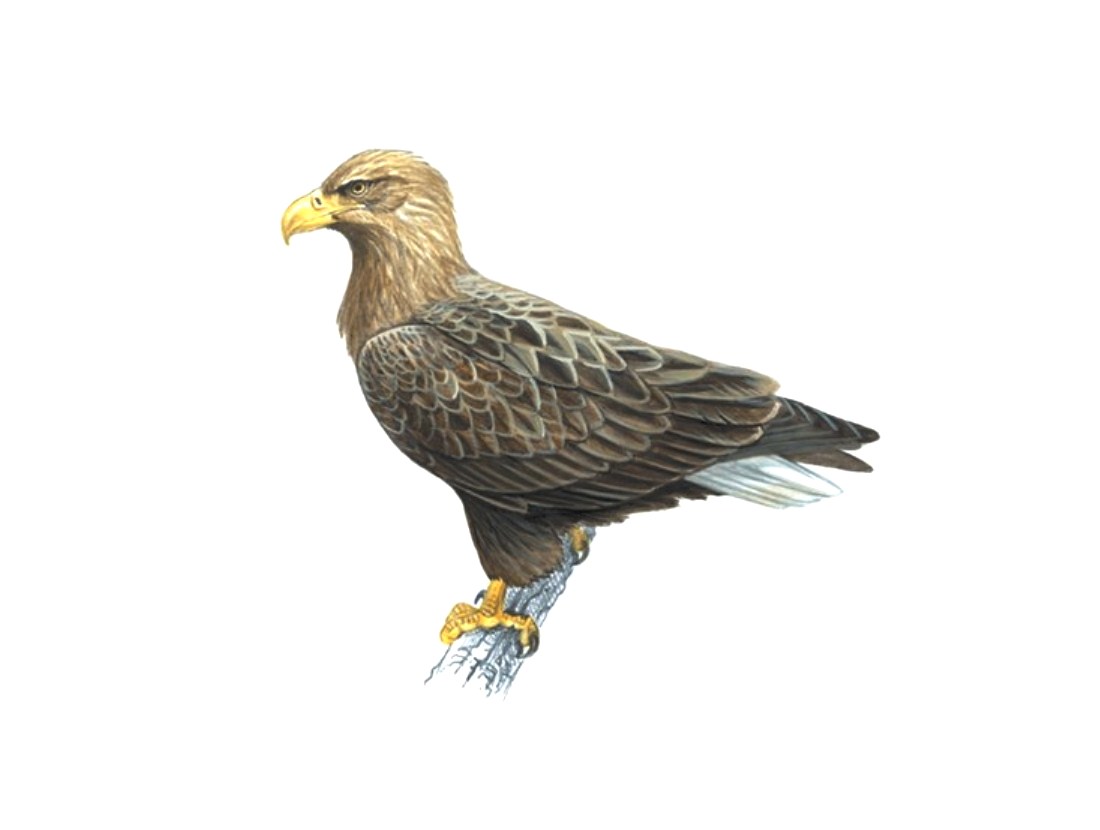 Description –
The white-tailed sea eagle is a large bird of prey with a length of 76-92 cm and a wingspan of 190-240 cm.
There is no sexual dimorphism and the plumage is almost completely brown in color with abundant and diffuse marbles of a light brown color present above all on the neck and on the head except for the short tail which is completely white.
It has a massive beak and the legs and the iris of the eye are yellow.
The young specimens have a dark brown color and, compared to the adults, they have a yellow beak at the base and black in the remaining part, while the tail is brown with light streaks.
The inner part of the wings, in the upper part is streaked with light and also the lower part has lighter colored coverts.
The individuals at the second winter have whitish speckles on the upper central part of the wings and on the back.
Some specimens may have a lighter head, neck and tail.

Biology –
Haliaeetus albicilla builds a large nest that is made using twigs; the nest has a depression in the center and is placed on a cliff, on a rocky ledge or on a tree.
The female lays 1 to 2 eggs.
In flight it is recognized because it spreads a late and not very agile flight, with slow wing beats while its shriek, which can be heard during the reproductive season, is characterized by a series of penetrating whistles, kyo-kyo-klee-klee- klee-klee …

Ecological Role –
This large bird of prey is nicknamed King in the fog because of the areas in which it prefers to nest. Its diet consists of fish, carrion of various animals, and of mammals. Its hunting flight is low on the waters to catch the fish that comes to the surface and sometimes to catch it partially dives.
The white-tailed sea eagle is a rare and diminishing species and for this reason demands absolute protection. The Mediterranean population is almost extinct.
This species was protected by law 157/92.
The factors that undermine its conservation are linked to multiple factors; among these we mention poaching, the capture of nestlings, the action of insecticides and pesticides, poisoned morsels. Above all, however, the loss of the natural habitats of the sea coasts that have been occupied by numerous tourist villages should be mentioned; moreover, the destruction of forests, marshes, river mouths and the contamination of inland waters are also factors that are seriously endangering this bird.