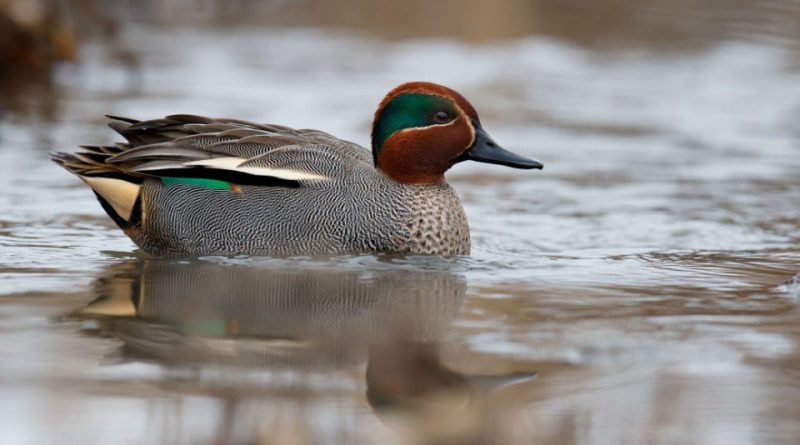 The common teal or Eurasian teal (Anas crecca Linnaeus, 1758) is a bird belonging to the Anatidae family.

Geographical Distribution and Habitat –
The common teal is a migratory and locally sedentary bird that is widespread in subspecies in Eurasia and North America.
The European continent is common to the north of the 45th parallel.
Its habitat is represented by areas with the presence of inland waters isolated in the summer, while it disperses in the open waters and along the coasts in winter. 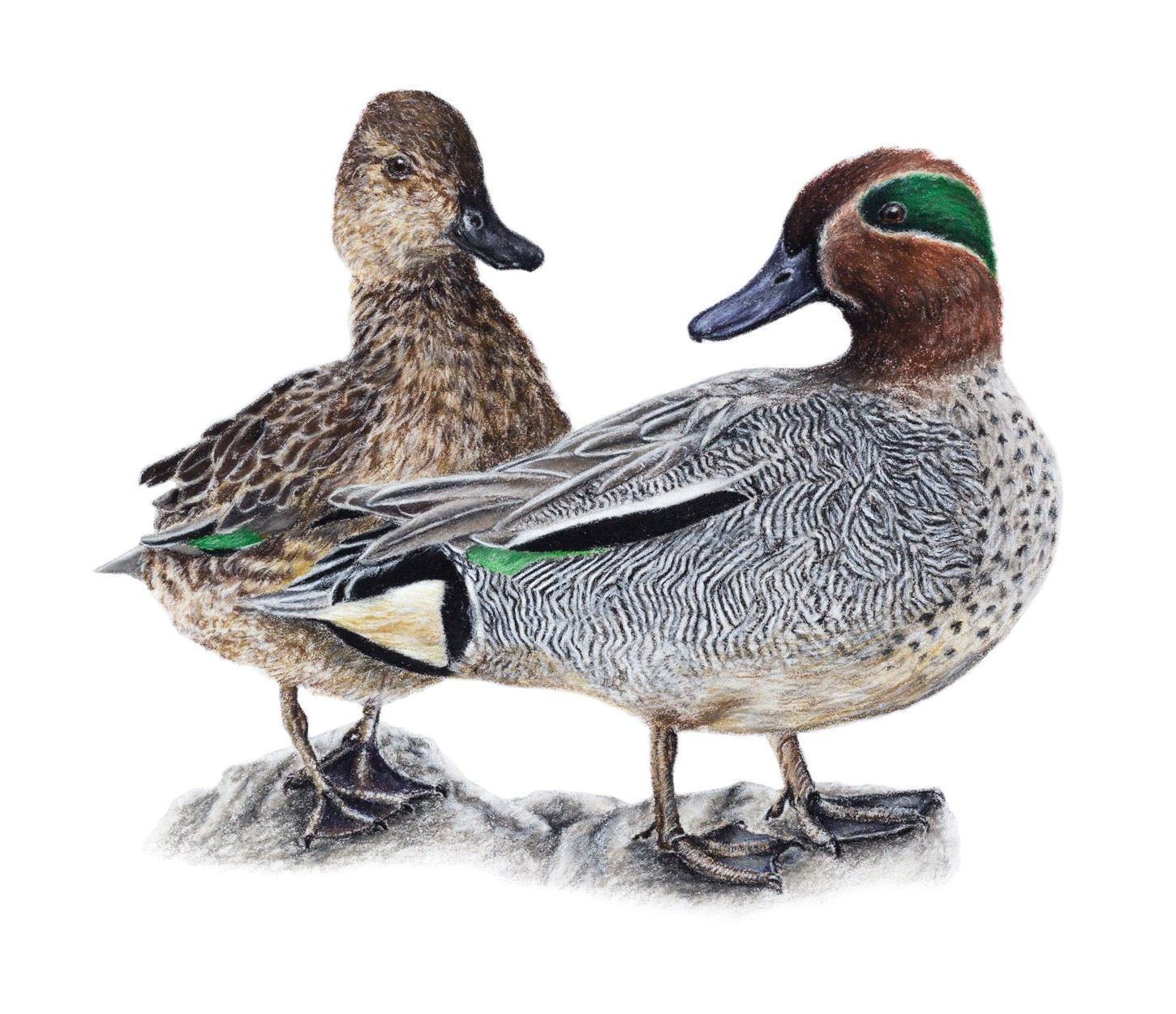 Description –
The common teal is a small duck with little accentuated sexual dimorphism.
It has an average length of adults that varies from 36 cm of the male to 33 cm of the female.
The wingspan is around 70 cm and the weight varies, also depending on the sex between 270 and 400 g.
During the mating season the male’s plumage is recognized for having its brown head stained by a dark green patch that crosses the eye and by a bright yellow patch under the tail.
The wings have a band (so-called mirror) which is half metallic green and black for the other, also present in the female; the lower parts are clear and thickly spotted on the chest.
The female has a more anonymous and brownish plumage.

Biology –
The biological cycle of this bird begins, even if in a milder way already in the autumn but the most significant courtship and parades begin only in spring.
After mating the female builds a nest on the ground, on a layer of dense vegetation, and during the reproductive period gradually fills it with feathers.
7 to 12 eggs are laid, which have a size of 4.5 x 3.4 cm, only once a year in the period from April to May.
This bird is also recognizable because it is very talkative, especially when it moves in flight with flocks. The song is a guit, guit repeated many times, emitted only by the male.

Ecological Role –
The Anas slits over south of its range to the Mediterranean basin and central Africa.
In Italy it nests in a marginal way but is instead common as a winter visitor.
It lives above all in wet freshwater areas, densely covered with vegetation. Much more wary of other species in his family, it is difficult to find it in parks and gardens while it is easier to find it in large and noisy flocks.
It feeds on small insects, molluscs and seeds that can be replaced by a balanced food in captivity, where it reproduces easily.
The IUCN classifies the Anas crecca as a species at minimal risk (Least Concern) even if in some areas of central Europe its population is strongly in decline, perhaps due to the reclamation of marsh lands suitable for its survival.
As far as hunting is concerned, this is regulated in Italy by Law 157/92.