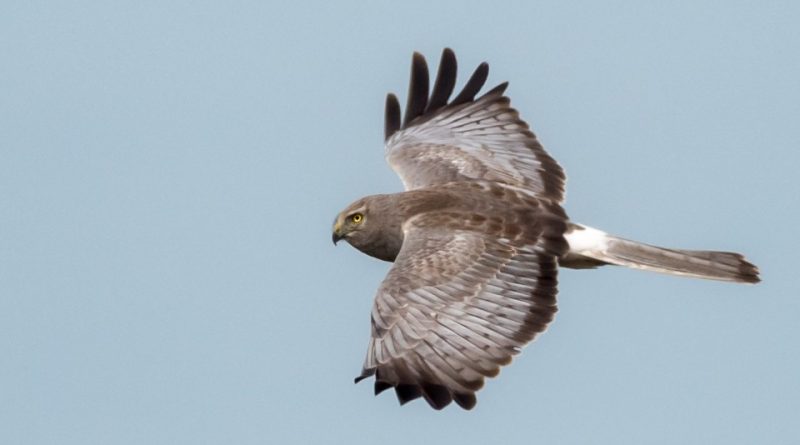 The Northern Harrier (Circus cyaneus (Linnaeus, 1766)) is a bird of prey belonging to the Accipitridae family.

Systematics –
From the systematic point of view it belongs to the Eukaryota Domain, Animalia Kingdom, Phylum Chordata, Aves Class, Accipitriformes Order, Accipitridae Family, Accipitrinae Subfamily and therefore to the Genus Circus and to the C. cyaneus Species.

Geographical Distribution and Habitat –
The Northern Harrier is a bird with a Palearctic distribution, where it occupies an area from Ireland to Kamchatka.
The migratory populations winter in the western areas of the European continent and in the Asian continent from the Anatolian peninsula through northern Iran, Pakistan, India and Indochina to eastern China and Japan.
The populations that live in temperate-cool climates are locally resident.
This species frequents environments with low vegetation, swamps, uncultivated areas, floodplain areas and even uncovered and plant-dune dunes where it nests on the ground among tall grasses, while for hunting flights it prefers areas where the vegetation is low or sparse and is easier to spot and catch prey.
During the international period it forms nocturnal dormitories that can be on the ground or on trees or shrubs.
The species is present in Italy where it forms assemblages consisting of a few units up to a few dozen individuals both in lowland and coastal wetlands and in uncultivated areas especially in the lowlands and lowlands. 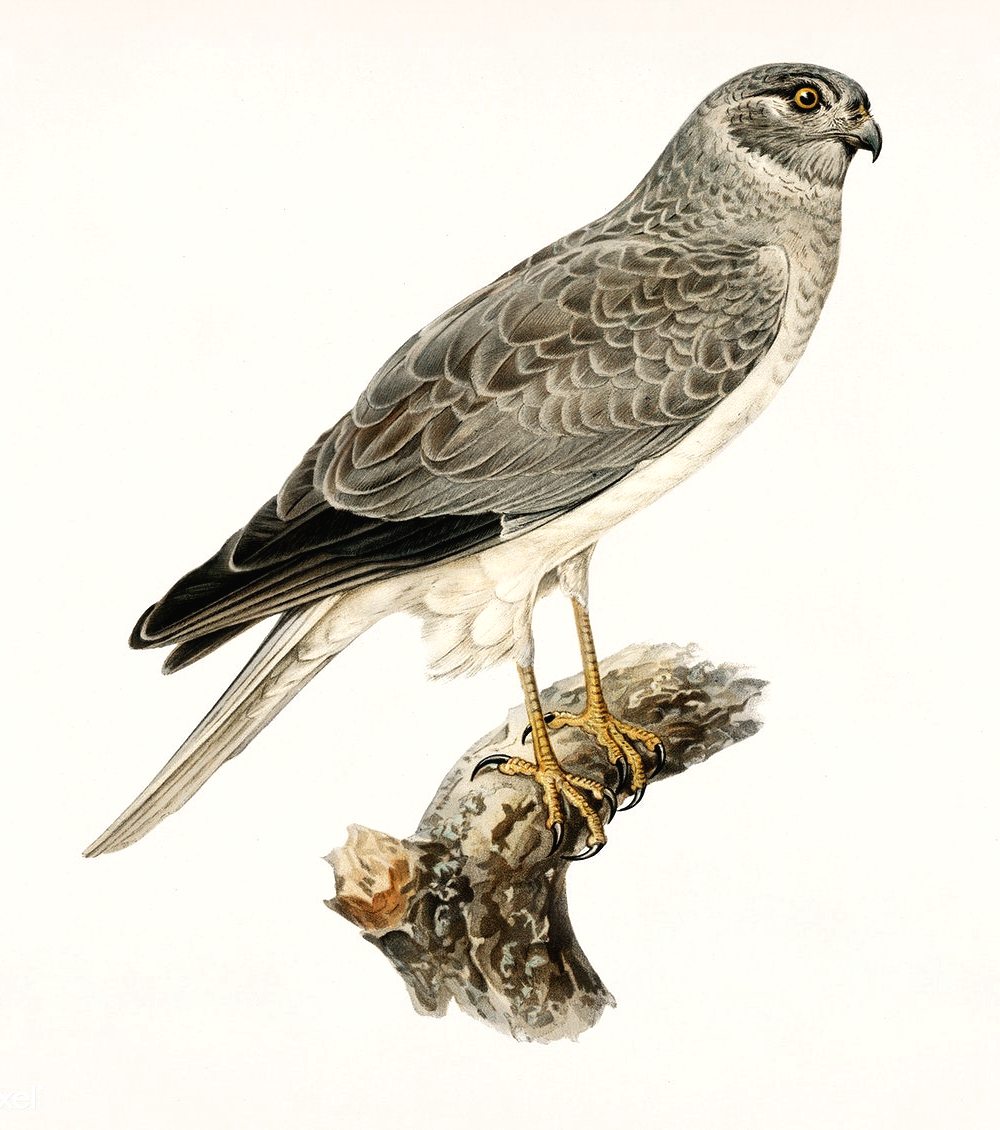 Description –
The Circus cyaneus is a bird of prey 43-51 cm long and with a wingspan of 100-120 cm. The weight is 300-400 g in the male and 370-708 g in the female. Adults have sexual dimorphism in the plumage; the female is much larger than the male and has a proportionally wider wing.
The male has light gray feathers, with a white belly, a large white band on the rump and black wing tips. The females have the upper parts uniformly brown, lower parts reddish-brown with long dark streaks, a very evident white rump, an aspect of flight similar to that of nocturnal birds of prey.
As for the color of the iris, this varies with age; in individuals of 1 – 2 years it is yellow with numerous brown specks, so as to appear brownish; subsequently the small spots gradually decrease until the eye becomes uniform yellow, from 4 to 6 years.
The eggs are light bluish-white in color.
The wrought flight is characterized by slow beats of the soft wing; he flies with his wings slightly to “V”; normally it slides with «V» wings, but often «V» with the flat hand.
The voice of this bird is characterized by two moments; silent during migratory flights and outside the breeding season, noisier when it occupies its nesting territory.

Biology –
The Northern Harrier returns to the same territory every year and after mating the female builds the entire nest, almost always on the ground, between flattened brooms. The material used for the nest consists of dried herbs or small dry branches of broom.
The spawning period begins towards the end of April, when the female lays 4 to 6 eggs. The incubation begins after the deposition of the second or third egg and is operated only by the female who, at least in the initial phase is not always present in the nest. The first eggs begin to hatch after 29 or 30 days, but it will take another 3 or 4 days before all the babies are born. The flight occurs about 35 days after hatching.
During the nesting period this species is very aggressive towards its congeners, attacking them without hesitation. If an intruder approaches the nest, the adults harass him in flight by launching loud squeals.

Ecological Role –
To get food Circus cyaneus slowly scans different types of terrain, searching for birds and mammals and, more rarely, catching reptiles, insects or bird eggs.
During the hunt, it sometimes stops and hovers with its dangling legs for a second or more. The perches he prefers are small bushes, small hills, fence posts, dry stone walls and the ground.
The Italian population of this bird is migratory and wintering and is currently extinct as a breeder. The wintering population in Italy is numerically important, estimated at several thousand individuals. The migratory movements take place between the end of August and November (max. October-November) and between March and April.
This species is in sharp decline and therefore threatened.
The main limiting factors for the species are:
– environmental transformations such as the drastic reduction of meadows and pastures, with a consequent increase in intensive agriculture;
– illegal slaughter;
– illegal fight against “pests” with poisoned bites;
– use of rodenticides in agriculture that cause poisoning and poisoning;
– presence of electric lines that cause electrocutions and collisions;
– lead poisoning following the ingestion of carcasses of shot animals;
– construction of wind farms in food and transit areas.
The actions for the protection of the species are constituted not only by greater control and repression of illegal abatement and persecution phenomena, but also by:
– maintenance of meadows and pastures and adoption of cultivation methods with low or no use of pesticides and herbicides;
– making the electricity lines safe in the most suitable areas for parking during migration and wintering;
– limitation of the hunting disorder in the areas most suitable for stopping during migrations and wintering;
– repression of the illegal use of poisoned morsels;
– preparation of an effective operational program for overcoming the use of lead shot in the cartridges used for hunting;
– prevention of the construction of wind farms in food and transit areas.