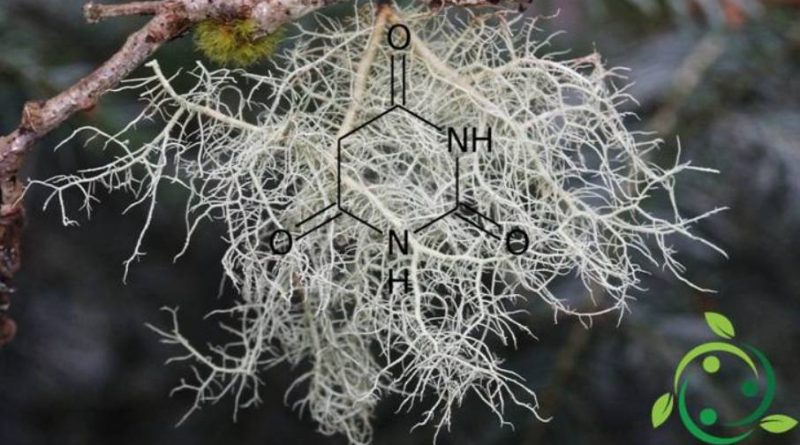 Barbituric acid, whose term in the official IUPAC nomenclature is: 1H, 3H, 5H-pyrimidin-2,4,6-trion, and whose alternative name is: malonylurea 2,4,6-trihydroxypyrimidine is an organic acid having brute or molecular formula: C4H4N2O3.
From the chemical point of view barbituric acid is the cyclic ureid of malonic acid.
The name was coined by the German chemist A. Baeyer who in 1863 prepared this compound by heating the malonic acid (extracted from beet) with urea.
An important series of drugs known as barbiturates derive from barbituric acid. The term barbiturate derives from the lichen Usnea barbata (forest beard) from which malonic acid is obtained, and from urea.
Barbituric acid at room temperature appears as a whitish solid with a faint odor.
The category of barbiturates was widely used in the past in clinical therapies. Many of its derivatives are used as sleeping pills.

Other derivatives, containing sulfur and called thiobarbiturates, are characterized by a particularly intense, rapid and brief hypnotic action and are therefore used as anesthetics, intravenously. At high doses the barbiturates give toxic phenomena (barbiturism) often followed by death.
Thus, very soon, it became apparent that this category of products caused dependence and were also particularly dangerous.
Thus in the seventies of the last century they were soon replaced by benzodiazepines.
The derivatives of barbituric acid, although in disuse, today continue to be prescribed as antiepileptics and for the treatment of traumatic events of the head, in addition they are also used in anesthesia.
It should be pointed out that barbituric acid is toxic but, unlike its derivatives, it is not pharmacologically active.