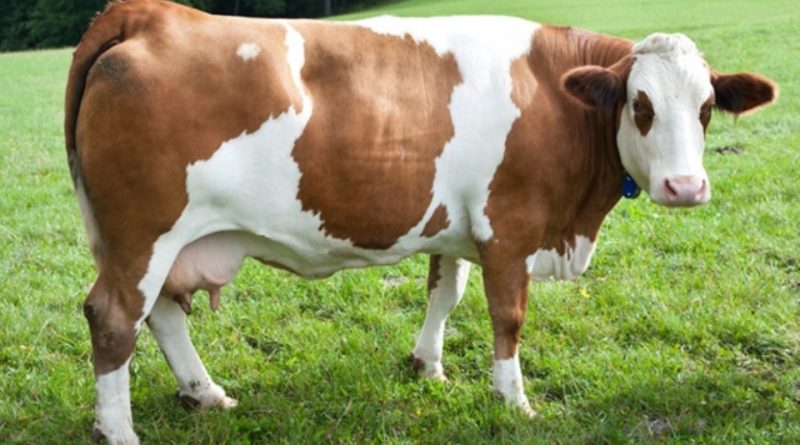 The Simmental Tedesca is a bovine breed (Bos taurus Linnaeus, 1758) originally from Bavaria, with a dual aptitude for meat production and milk.

Geographical and area distribution –
The Simmental Tedesca is a breed that is bred especially in the hilly and mountainous areas of central and southern Germany, where this breed also exceeds the Frisona by population. It is however the second breed in Germany after the Frisona.

Origins and History –
The Simmental Tedesca, also called Pezzata Rossa Bavarese, is native to Bavaria, or Free State of Bavaria which is one of the sixteen Länder of Germany and the largest by area and the second by population and economic importance, after North Rhine-Westphalia.
This breed in the local language is called Deutsches Fleckvieh or Höhenfleckvieh de belongs to the group of Peppered Red Breeds derived Simmental.
The German Simmental derives directly from the Simmental Switzerland and from local breeds. In recent decades, due to the selection and the different breeding conditions, it has moved away from the Simmental Switzerland due to its smaller size, greater precocity and greater predisposition to meat production.
The Simmental Tedesca has over 150 years of tradition and is distributed all over the world and is used successfully for the breeding of dairy cows.

Morphology –
This breed is characterized by a red spotted coat tending to Fomentino.
The limbs and the ventral region are generally white; the head is white (rarely with red spots) with red ears and fleshy muzzle. These animals frequently have a more or less complete white belt on their shoulders and loins.
The horns are short and the ear is waxy yellow.
In general they are massive animals with adult females weighing about 750 kg and a height of 138-142 cm.

Production aptitude –
The Simmental Tedesca is a bovine breed with yields still lower than the Simmental Switzerland.
The average production at the head of the controlled cows is around values ​​of just over 5,000 kg, with a fat content of around 4% and proteins around 3.4%.
With the progressive selection this breed has become more suitable for meat production.
The Simmental Tedesca is also suitable for crossing with milk and meat breeds with the maximum use of the effects of heterosis.
This breed is appreciated in all parts of the world, both for breeding and crossing with other breeds.
The characteristics and mothers with good milk production, which lead to high weaning weights, are also appreciated.