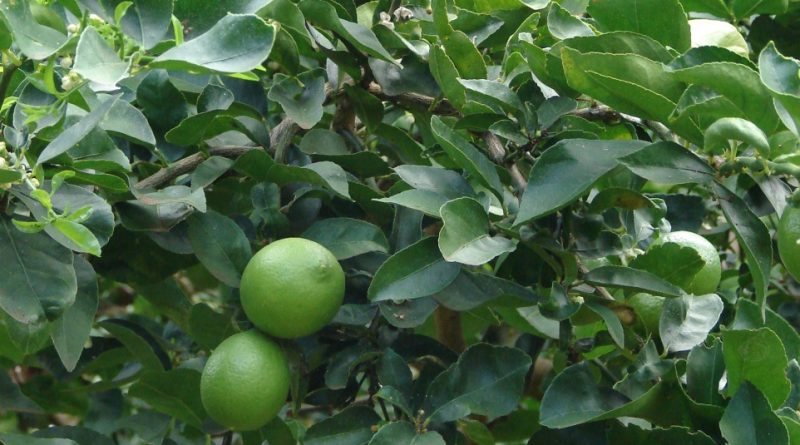 The Lime of Tahiti or Lime Persian (Citrus × latifolia (Yu.Tanaka) Tanaka) is a hybrid citrus probably between the lime (Citrus aurantiifolia) and the lemon (Citrus limon) and therefore of the Rutaceae family.

Systematics –
From the systematic point of view it belongs to the Eukaryota Domain, United Plantae, Magnoliopsida Class, Subclass Rosidae, Sapindales Order, Rutaceae Family, Aurantioideae Subfamily, Citreae Tribe and then to the Citrus Genus and to the C. × latifolia Species.

Etymology –
The term Citrus is the Latin name of the cedar and lemon, coming from the Greek greek κέδρος kédros cedar and κίτρον kítron lemon.
The specific epithet latifolia derives from latus largo, extended and from fólium foglia: hence with broad leaves.

Geographical Distribution and Habitat –
La Limetta di Tahiti is a plant originating in the Middle East from where it spread then from India and Malaysia also thanks to its use on British merchant ships as a remedy for scurvy. In Middle Eastern countries it is cultivated on a large scale in Iran and southern Iraq. However, this plant is also widely cultivated in other countries, such as Mexico.
Its habitat is represented by soils in temperate climatic environments, with mild winters and organic substrates. 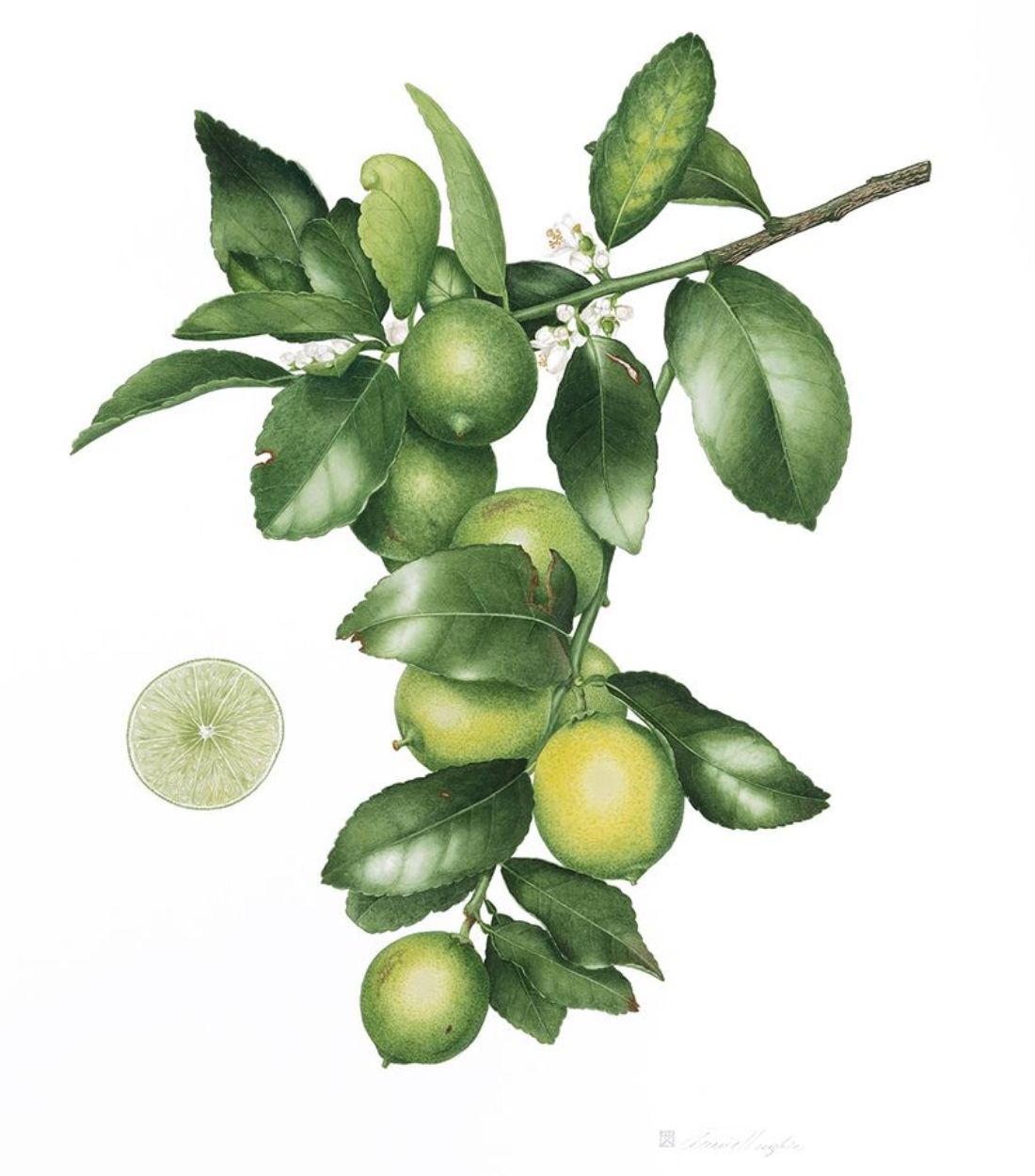 Description –
Citrus × latifolia is a shrub with small dark green leaves, which, if crushed, are very aromatic.
This plant can reach a maximum height of 3 – 5 meters, the branches are almost totally devoid of thorns.
The orange blossom is pure white with very fragrant flowers that bloom for several months. The small fruits, of about 6 cm, have a slightly oval shape, with slightly pointed ends, with a yellowish green skin and a sour and juicy pulp.

Cultivation –
Tahitian Lime is a plant that loves acid soil, with a good amount of peat, well drained and rich in humus. For the cultivation of this citrus fruit it is important that the soil has an excellent drainage since any stagnation of water can cause radical rot that causes the plant to die.
The plants must be fertilized from March until November with organic fertilizer or, if cultivated only for ornamental purposes, with fertilizer for flowering plants, liquid or granular, at least once every 30 days.
If it is planted in the garden it is necessary to irrigate only during periods of prolonged drought. If you live in a pot, bathe with some regularity.
As for the pruning technique, in late winter, during the vegetative rest, or after flowering, between the end of summer and the beginning of autumn, eliminate the crossed, weak or disordered branches to maintain a healthy form and lasting.
These plants propagate by grafting or by layering.
Fruits several times a year. In winter, if cultivated in areas with harsh winters, it is good to keep the plant away from frost, in a bright place with constant temperatures, watering moderately.

Uses and Traditions –
Citrus × latifolia is a plant widely cultivated in the Middle East, where it has spread from India and Malaysia, and in other countries, such as in Latin America where it is processed and exported each year (mainly from Mexico) to American and European markets and Asians.
The fruits of this plant are normally still sold green, while at full maturity they would become yellow. It is also commonly available dry, which corresponds to normal use in the Persian kitchen. It is a larger fruit, with a thicker skin and less intense aroma than that of lime (Citrus aurantifolia). The advantages of Persian lime compared to lime are linked to the larger size, the absence of seeds, the absence of thorns from the tree, the greater resistance and the longer shelf life. The fruits are less acidic than those of the lime and do not have that bitter taste which is a characteristic of the lime.
In past times its fruits were used on British merchant ships as a remedy for scurvy.
It is a fruit appreciated for the good content of vitamin C.

Preparation Mode –
The fruit is consumed in various ways and is an ideal ingredient for the preparation of sorbets and cocktails (among the classics, the Caipirinha and the Mojito).