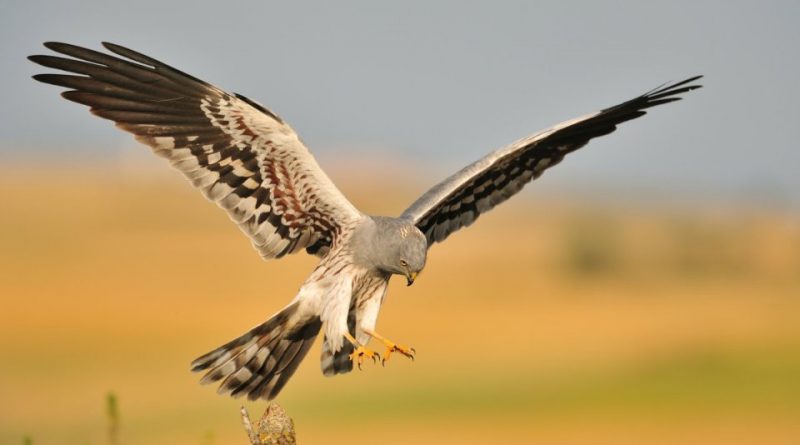 The Montagu’s harrier (Circus pygargus (Linnaeus, 1758)) is a bird of prey that belongs to the Accipitridae family.

Systematics –
From the systematic point of view it belongs to the Eukaryota Domain, Animalia Kingdom, Phylum Chordata, Aves Class, Accipitriformes Order, Accipitridae Family, Accipitrinae Subfamily and therefore to the Genus Circus and to the C. pygargus Species.

Geographical Distribution and Habitat –
The Montagu’s harrier is a bird of prey that is widespread in a strip of land that reaches Western Asia and central-western Africa from as far as Central Asia. In Italy it nests in late spring in various regions of the central-north and also in Sardinia and in the Salento.
Its habitat is varied; in fact it is possible to find it in wet areas, such as swamps, polders and peat bogs, but mainly in open landscapes such as steppes, moors, grasslands, cereal fields and grasses where it finds more favorable conditions for nesting and hunting.
It is a species that nests and migrates in the Palearctic area. 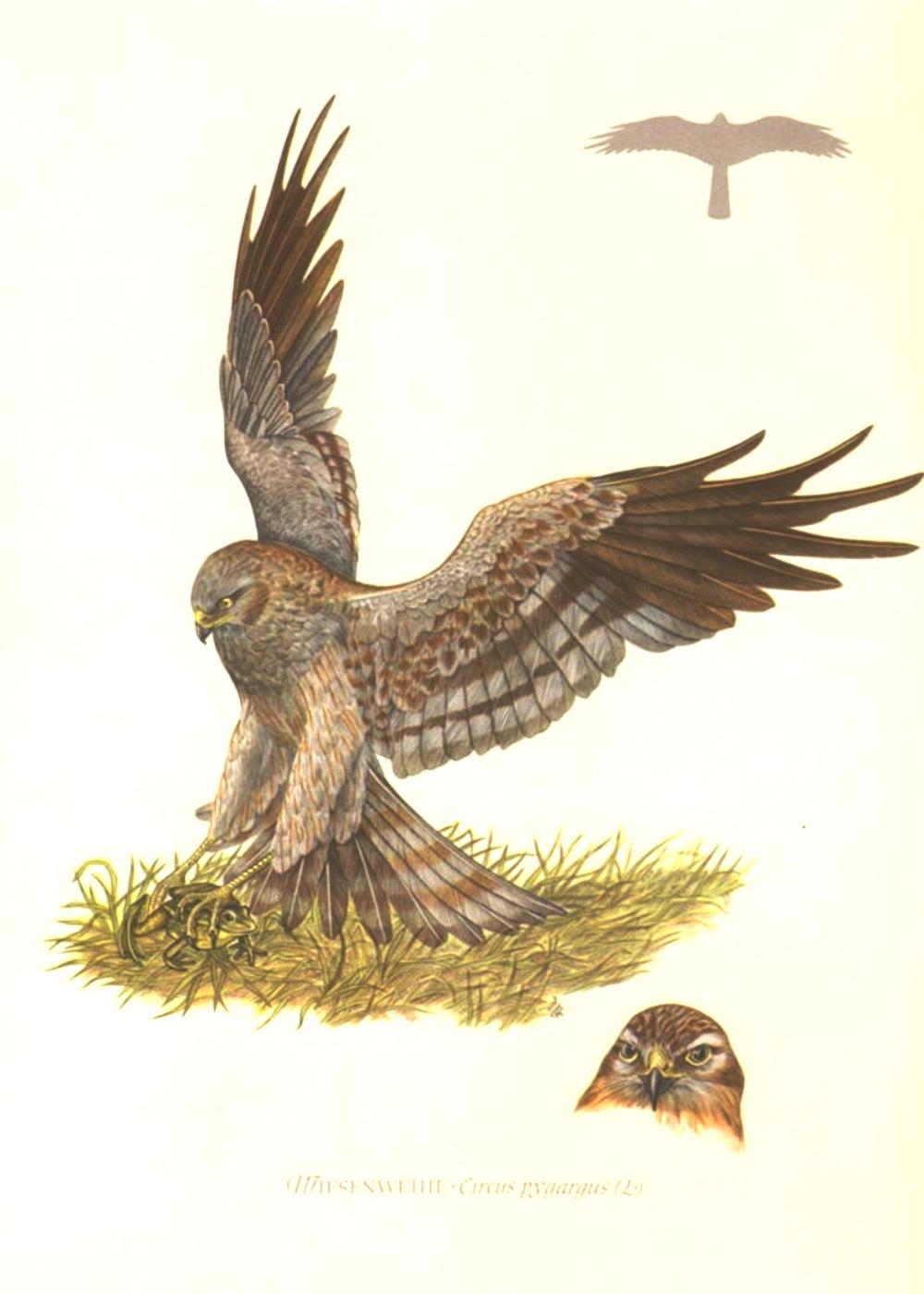 Description –
Circus pygargus is a bird with a length of 39-49 cm, a wingspan of 102-123 cm, a weight of 227-305 g in the male and 254-445 g in the female. It is a species with high sexual dimorphism where the male and the female are completely different.
The male is recognized by the upper part of gray-ash color with black external remiges and the pale gray eyebrow. The female has brown-brown upper parts, white suede and cream lower parts with darker streaks. Both sexes show no seasonal variation.
Immature individuals are similar to the female.
Because of the similarities in appearance, it is possible to confuse them with the female or the immature of the real harrier.
This species is generally silent and has a rapid, sonorous and repeated yik-yik with high tones.
The flight is slow and constant and takes place by patrolling the ground at low altitude, gliding with the wings held open.

Biology –
For the mating of this species it is necessary to wait for the age of 2 or 3 years, an age in which couples are formed. This is a bond that generally lasts for the entire duration of their lives, even if some cases of polygamy or change of partners may occur. In the mating phase this species performs a quite complex nuptial parade similar to that of the marsh harrier; in this phase both birds fly together until they reach very high altitudes creating a series of circles in the sky. The two partners also exchange nourishment, performing all sorts of acrobatics often with well-spreaded claws.
These birds build the nest, which is often small, on the ground between the herbaceous vegetation, which explains why many litters are threatened at harvest time.
The laying of the eggs, between 3 and 5, takes place in the period from May to June and the incubation lasts between 28 and 35 days. The young harriers leave the nest walking after 3 weeks while the fly takes place only after 35 – 40 days.

Ecological Role –
Circus pygargus is a regular migratory species on a broad front with wintering districts in south-Saharan Africa. It feeds on small Vertebrates, especially small mammals (voles, wild mice) and occasionally eggs and pullets and also of those passerines that have the habit of spending their time on the ground such as larks, buntings and dancers. His diet, however, also consists of reptiles (lizards, orbettini and young colubers) and large insects (grasshoppers, crickets, beetles, carabi). On rare occasions, if he has the chance, he can go on to attack larger sized prey such as partridges, pheasants, rabbits and even hares.
Hunt for mail or flying at very low height. At 2 or 3 meters above the ground, fly over the fields and ditches in long silent glides. The success of his hunts depends essentially on his ability to surprise the prey. It also has virtually no equal in the ability to exchange prey in flight. It is the bird of prey with the lowest wing load of just 0.2 g / cm².
They are sociable creatures that sometimes nest in free colonies and establish dormitories that can include several dozen birds.
Unfortunately, especially in recent times, this species has decreased dramatically.
The main causes are due to the destruction of the nests caused by the cereals harvesting, the hunting and the disappearance of the habitats. This species is used to building nests among crops, but early harvests, made possible thanks to the modernization of agriculture, ensure that the harvest takes place when the young have not yet left the nest.