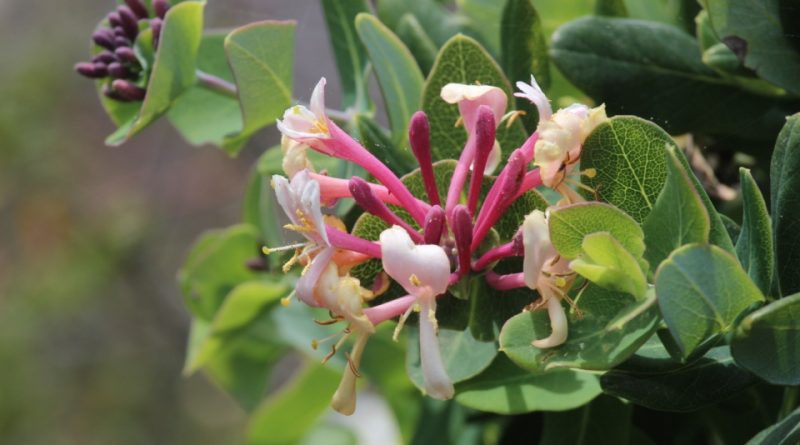 The Mediterranean honeysuckle (Lonicera implexa Aiton, 1789) is a shrub species belonging to the Caprifoliaceae family.

Systematics –
From the systematic point of view it belongs to the Eukaryota Domain, United Plantae, Magnoliophyta Division, Magnoliopsida Class, Dipsacales Order, Caprifoliaceae Family and then to the Genus Lonicera and to the L. implexa Species.
The terms are synonymous:
– Lonicera balearica (Dum.Cours.) DC .;
– Lonicera valentina Pau;
– Lonicera adenocarpa Guss ..

Etymology –
The term Lonicera was attributed as the genus was dedicated by Linnaeus to the German physician and botanist Adam Lonitzer (Latinized in Lonicerus, 1528-1586), author of a treatise on medicinal herbs.
The implexive epithet derives from implecto intertwine, cross, intricate: intricate.

Geographical Distribution and Habitat –
The Mediterranean honeysuckle, or Mediterranean madreselva, is a species with stenomediterranean distribution present in Liguria and in all the regions of central, southern and insular Italy.
This plant grows in the open holm oaks and in the Mediterranean scrub, much more rarely in the sub-Mediterranean deciduous broadleaf woods, sometimes even in the hedges, from sea level to about 800 m. Vegeta in association with shrubs that act as a support, especially with the lentisk in holm oak woods, stains and hedges. 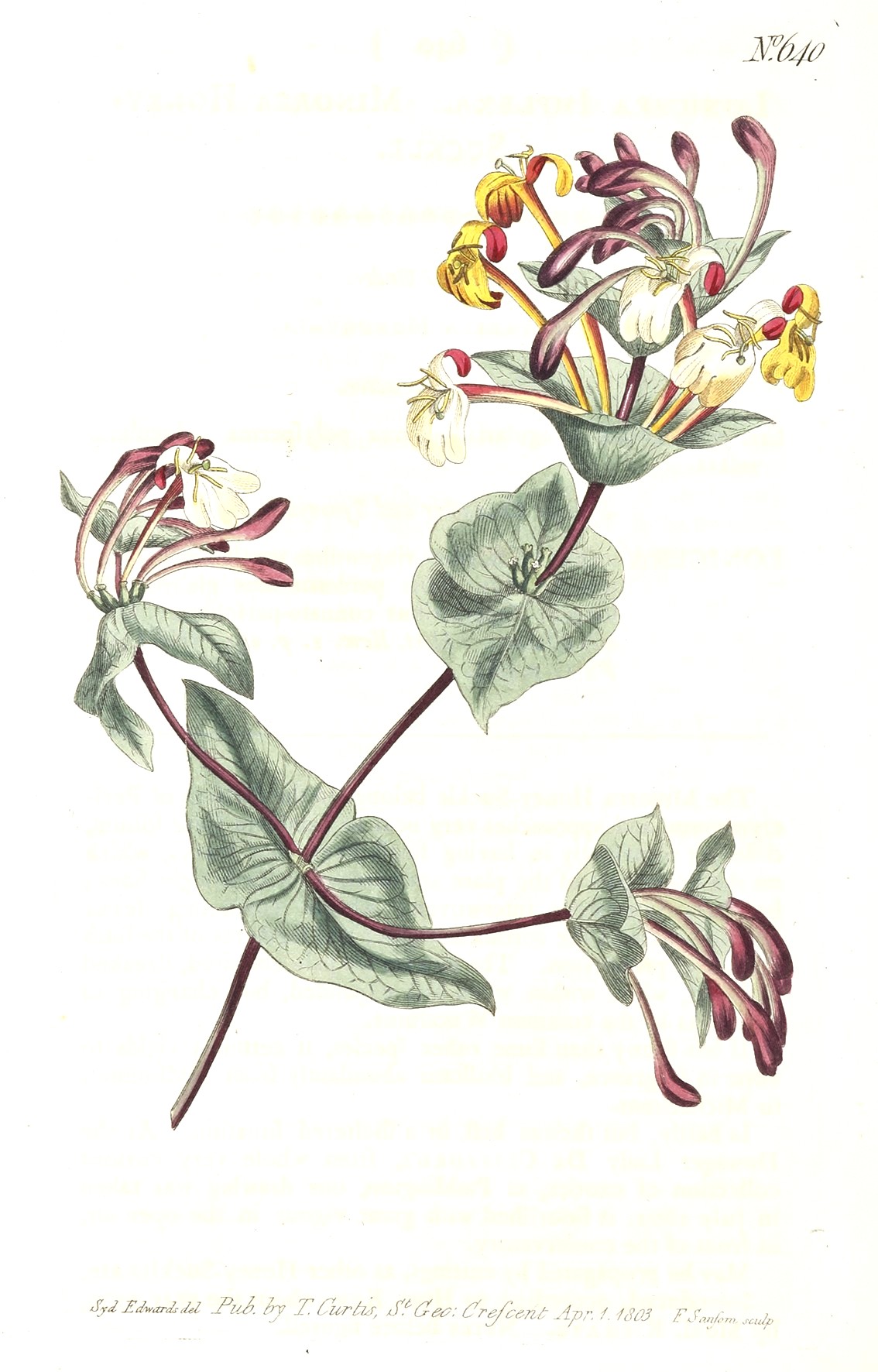 Description –
Lonicera implexa is a shrubby, climbing, evergreen, glaucous species with twigs.
The leaves are leathery, persistent, light green in color, opposite and with lamina ovata.
The flowers are sessile, united in tubular and pink terminal heads, placed on elliptical bracts.
The anthesis is between February and May.
The fruits are red-orange ovoid berries at a maturity of 5-7 mm, with 2-3 ovoid seeds, which measure 3-3.5 x 4-4.5 mm, yellowish or brownish-yellow with fissures.

Cultivation –
Mediterranean honeysuckle, like all species of the Mediterranean maquis, grows well in warm and semi-arid environments but develops well in the presence of other plants on which it tends to climb.
It is a helium-xerophilous species which therefore prefers sunny and warm places among bushes and hedges of the Mediterranean maquis or in mixed maquis of holm oak, from sea level up to 800 m of altitude.
For the details of the cultivation technique the following sheet can be consulted.

Uses and Traditions –
The orange-red fruit of this honeysuckle is one that if ingested causes nausea, vomiting and diarrhea as it is toxic.
In ancient times, in some areas and for external use, the leaves were used; flowers were used for internal use. It is not used in natural medicine, but there is news that in the past it was used as an expectorant, a sedative of the bronchi, as it favors the fluidization of the phlegm and attenuates the cough.
In past times, the flowers and leaves of the Honeysuckle were rubbed on the lips affected by herpes, that is the so-called “Deaf fever”.
The Egyptians, the Greeks and the Romans used only the bark, a use which, however, declined in the Middle Ages.

Preparation Mode –
No use is known in the kitchen, as the plant is toxic.