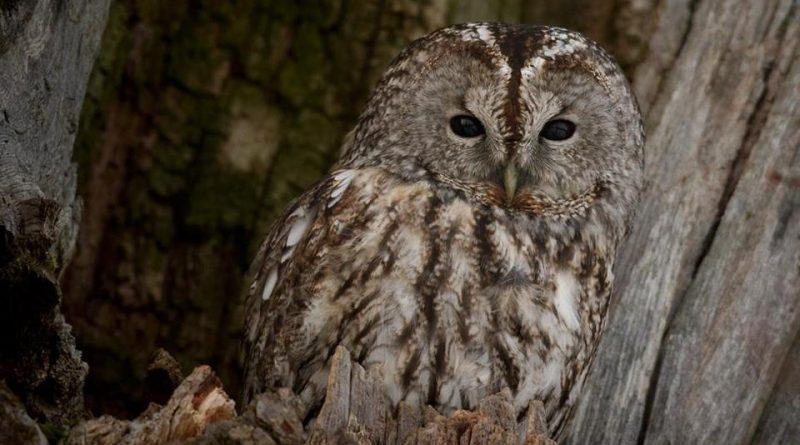 The tawny owl (Strix aluco, Linnaeus 1758) is a bird of prey belonging to the Strigidae family.

Geographical Distribution and Habitat –
The Tawny Owl is a widespread bird in an area between Eurasia and north-western Africa. In Italy it is present in all regions, except Sardinia and is also present throughout the Alpine chain up to about 1500 meters of altitude. Its habitat is represented by the woods, both plain and mountain, in cultivated land and in parks. It also frequently colonizes city centers with monumental areas and parks. 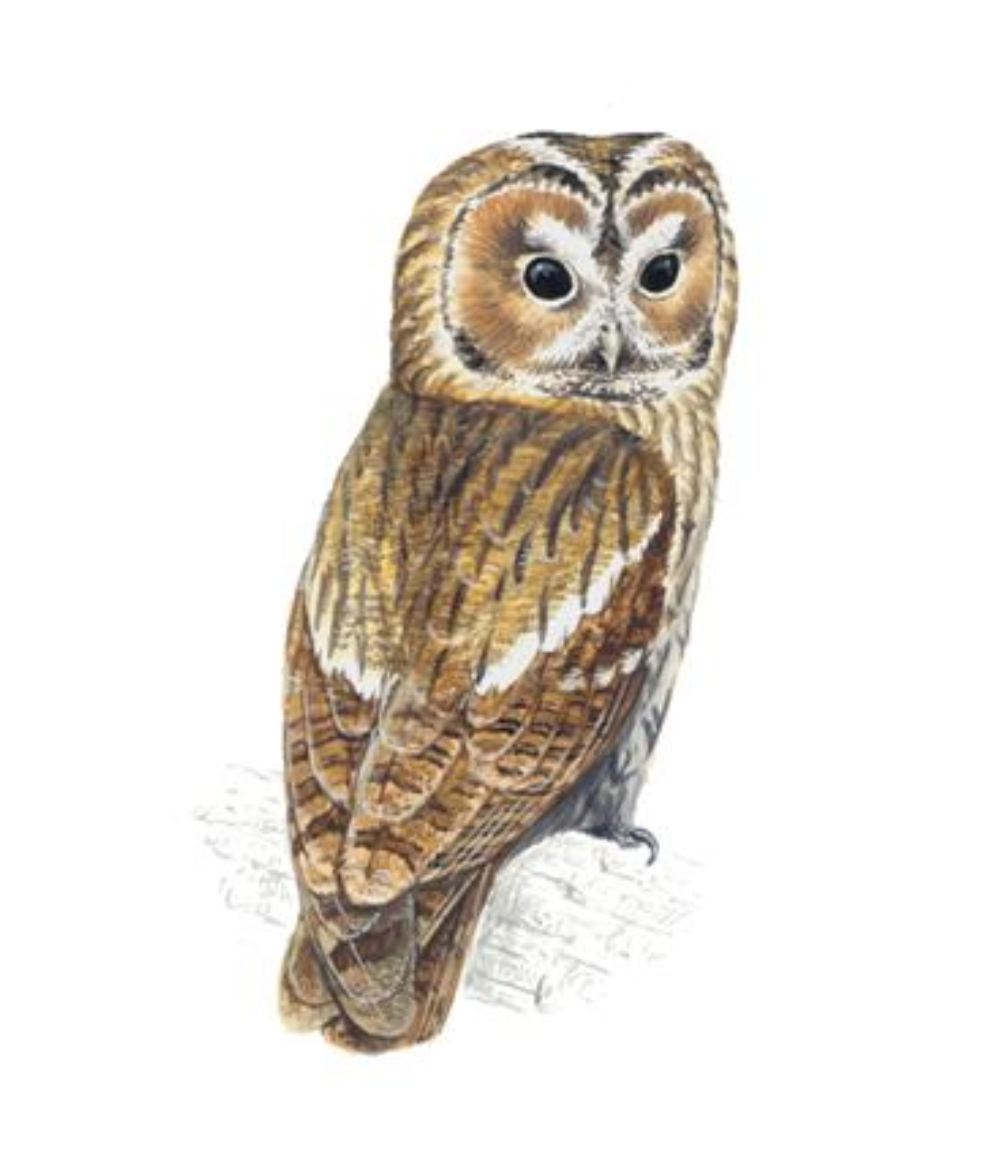 Description –
The Strix aluco is a bird characterized by a massive body, as big as that of a crow but more robust, with a total length of 38-45 cm, a wingspan of 88-100 cm and a weight that in the male oscillates between 300 and 550 grams and in the female between 350 and 700 grams, so the female is larger than the male and is the only character that characterizes the sexual dimorphism of this species.
It has a brown-gray or reddish-brown plumage, for both sexes, with dark longitudinal streaks; the plumage of the young is similar to that of the adults. Although they are the same species, there may be individuals with a red, gray or intermediate morphism between these two colors. It blends perfectly into the woods that it frequents, its color may look like the bark of a tree.
The beak is short, hooked and yellowish in color.
The head is large, roundish, with facial disks, without tufts, with dark eyes placed anteriorly.
It has long and wide wings and the tail is short, barred and square.
The legs are of medium length, with tarsus and feathered toes, of light color and with hooked nails.

Biology –
The Tawny Owl nests preferably in the hollow of a tree well sheltered from the rain and easy to access, but it is not uncommon to do so under the roofs, in the funnels and also in the nests abandoned by other birds of prey, by magpies and crows.
The reproduction period goes from March – April, until June, with the female laying from 2 to 9 white and round eggs.
The incubation period lasts 28-29 days (normally with one brood per year) and the babies are looked after by both parents.
The offspring is nidicola and leaves the nest at 4-5 weeks, when it is not yet able to fly and entertains itself in the immediate vicinity for a few days.
In freedom he lives over 19 years, in captivity over 27.

Ecological Role –
The Strix aluco has mainly nocturnal and crepuscular habits and lives solitary in wooded, tree-lined, rocky and even urban areas; it is a sedentary, nesting and partial migratory animal.
Its feeding is made up of small mammals, which are its favorite meal (especially mice) but it also feeds on voles, small birds, reptiles, frogs and insects that it finds sleeping and does not disdain large caterpillars of sphinxes and insects of various guy.
Its presence is also signaled by its song which is made up of a series of dark “huùu … u – huùu … uuuuu” (male), flickering in the second part.
It has a silent and slightly waving flight, beaten and interspersed with glides.
Tawny Owl is a protected species under the law 157/92. Not globally threatened and increasing everywhere in Europe thanks to protection, reforestation and its ability to adapt to man-made environments.
The threats are due to the apparently minimal mortality from vehicular traffic, but the species is vulnerable to the new generation rodenticides (difenacoum, bromadiolone, brodifacoum, floucomafen).