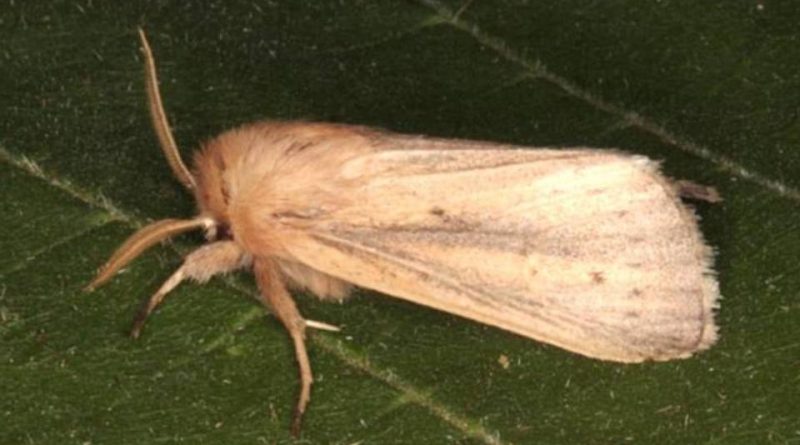 Geographical Distribution and Habitat –
Mediterranean corn borer is a widespread insect in Spain, southern France, Italy and in the Balkan peninsula, as well as in north-western, south-western and western Africa, where it can cause serious damage especially to maize, sorghum and other grasses.

Morphology –
Sesamia nonagrioides, at the adult stage, is a butterfly with a wingspan of 3 – 4 cm, with front wings, yellowish gray in color, which are adorned with a marginal, curved line, with not very distinct points. The hind wings are instead entirely white and the antennae of the male are bipenal.
The larvae are 40 mm long, with head and prothorax of dark color and a yellowish-pink livery, with bristles per segment, arranged in a row on the ninth tergite.
The criasalide, about 20 mm long, is semi-cylindrical, brown chestnut, its cremaster is formed by 4 teeth, 2 ventral and 2 dorsal, smaller.
The eggs are furrowed, whitish at the deposition, creamy pink later.

Attitude and biological cycle –
Mediterranean corn borer winters as a mature larva inside stalks and is unstable in the spring period.
The adults of the first flight flicker in the period between April and May while those of the second flight begin to flicker in the last period of July. In the warmer regions you can also have a third generation.
Therefore, Sesamia makes two or three generations a year.
The farther you go towards the south, with warmer climates, the more the biological cycle differs. In Sardinia and Sicily, adults appear between the end of March and the beginning of April, while in the northernmost areas, the opening begins in April – May and continues until June. In the southern regions, there are regularly 4 generations a year, and the flights begin in March, others more important in April, June, August and October.
The newly hatched larvae live for a few days at the expense of the sheath of the leaves and subsequently, often after the first moult, move to the culm where it lives as an endophyte. After about 2 months and after having passed from the 7th to the 8th stage, this is unstable, between June and July. The butterflies that are born lay on the flowers and on the ears. The eggs hatch one week later. The caterpillars then attach themselves to the inflorescences. The larval development lasts more or less 45 days. Some individuals may complete development at the end of the summer and then produce a short autumn flight. Most larvae spend the winter in the culms of the Gramineae. The waterlily occurs in a soft cocoon, woven both inside and outside the galleries.

Ecological Role –
Sesamia nonagrioides develops on Corn, Wheat, Rice, Barley, Oats, Millet, Sugar Cane but also frequently on Asparagus, Cotton and Solanaceae.
The damage is manifested on the leaf sheaths, on the leaves, on the culms and on the caryopsis and is determined by the trophic action of the larvae of the first generation and of the following ones: those of the first generation attack the sheaths and the leaves ripping them, and they dig tunnels in the culms of plants still young. The tunnels often cause the breaking of the culms for the action of the wind. The larvae of the next generation mainly attack the ear, destroying the caryopses.
The base of the Corn attacked very soon withers and dies. On the most developed plants, the piercing of the culms and the axes of the male cobs are the cause of the partial dessication, of the splits under the effect of the wind, and of a reduced yield. More serious are the direct damages caused to the ears, which are attached both from the outside and from the inside to different stages of their development; the result is partial destruction and a reduction in the number of grains.
The interventions for containing infestations is more than anything else recommended for agronomic nature. This consists of:
– in the destruction or deep burial of stalks containing the wintering larvae (see the European borer);
– in the choice of resistant varieties.
Interventions with chemical products must follow the criterion of guided and integrated struggle. It is specified, however, that these are not very effective because the larvae live inside the plant organs and the eggs are sheltered by the leaf sheaths. The interventions are carried out following the flickering with monitoring sexual traps, placed in the field starting from the end of March.