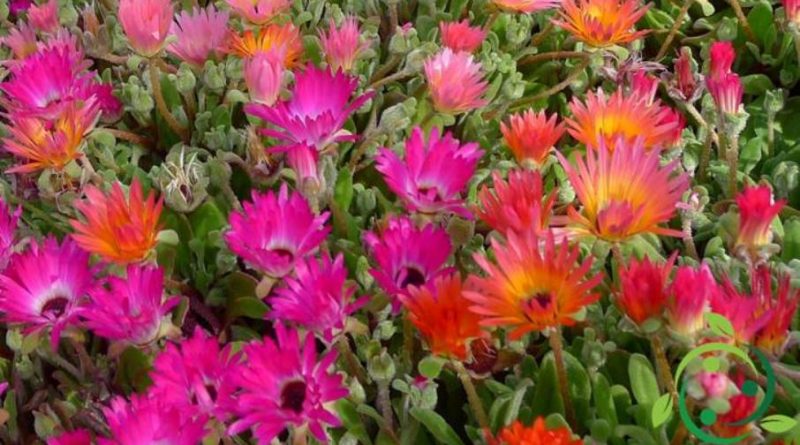 In this card we will see how to cultivate the Dorotheanthus following the most suitable soil and climate needs for these plants.
For the cultivation of Dorotheanthus it is necessary to find or prepare a substratum consisting of 60% gravel sand, mixed with 15% of agricultural land and 15% of organic substance; at the bottom it is good to place coarse gravel to ensure excellent drainage.
The plant can be grown both in pots and in the open ground, knowing however that it is in full earth that gives the maximum of splendor and flowering.
The cultivation of Dorotheanthus also provides for a sunny position considering that these plants better withstand mild temperatures than rather dry climates.
For the watering it is necessary to intervene also all the year, except in the open air, where in the autumn and winter period the precipitations suffice, taking care however to irrigate when the substratum has just dried.
The reproduction takes place by depositing the seeds in sandy soil kept humid and at a temperature of 21 ° C; the plants will then be planted as soon as the winter ends and there is no danger of frost.