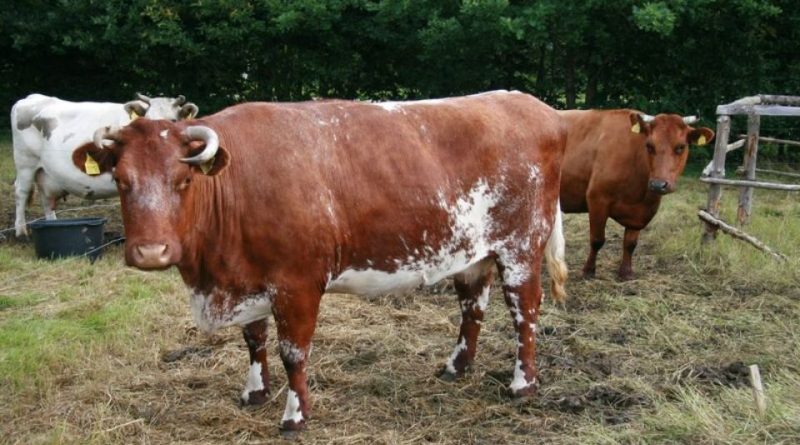 The Danish Shorthorn is a bovine breed (Bos taurus Linnaeus, 1758) and is the selected Danish stock of the homonymous English breed, with a dual aptitude for the production of meat and milk.

Geographical and area distribution –
The Danish Shorthorn is a breed bred especially in Denmark and today there are about 1,000 in this country.

Origins and History –
The Shorthorn breed was born in England and evolved over the last two centuries, from Teeswater and Durham cattle originally found in the northeast of England. At the end of the 18th century, two brothers, Charles and Robert Colling, began to improve Durham cattle using breeding and selection methods.
In 1874 the Shorthorn Society was established in Great Britain and Ireland and the breed was used until the beginning of the 20th century, mainly as a dual-purpose breed for the production of milk and meat.
The importance of the Shorthorn breed in the development of other cattle breeds has been enormous and the genetic line of Shorthorn is the one from which the Danish Shorthorn (Dansk Korthorn) is directly derived, which is the selected lineage in Denmark of the homonymous English breed.
To improve the attitude to milk production, crossbreeds with dairy breeds were then made.

Morphology –
The Danish Shorthorn is a breed that is recognized for having a predominantly roan coat.
The horns are present, they are short and gray in color with the dark tip.
The muzzle is pink in color.

Production aptitude –
Danish Shorthorn is a breed bred both for milk and meat production.