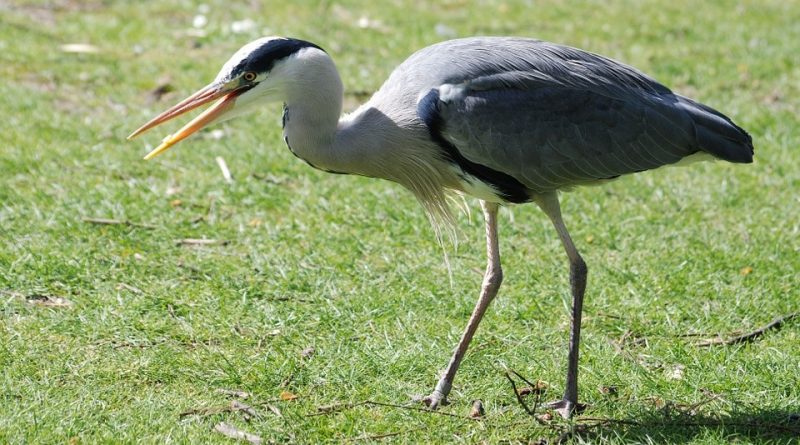 The gray heron (Ardea cinerea Linnaeus, 1758) is a large bird belonging to the Ardeidae family.

Geographical Distribution and Habitat –
The gray heron is a species native to the temperate regions of Europe and Africa.
This species, among herons, is the one that goes further north, so much so that in summer it is easy to meet it along the Norwegian coasts, far beyond the Arctic circle.
The reproductive area extends from the Arctic circle to the south of Spain, to Sicily and Greece and from Ireland to Russia; the wintering area extends from central Europe to central-northern Africa.
In Italy it is found in the Po Valley, especially along the rivers and in the areas of Lombardy and Piedmont where paddy is dominant. It is also present in Veneto, in some stretches of water in the Belluno area during the spring – summer period, along the irrigation ditches and rivers of the province of Vicenza (where it is now common even in the historic center), in the Po Delta area, from some year (thanks to the prohibition of hunting) in watercourses within the Colli Euganei Park (Padua). In Tuscany, along the banks of the Arno, Serchio, Fiora and in the upper Velino valley; it is also abundant along the Tiber and its tributaries. The gray heron is also present in the Marche, in particular along the river Metauro (PU) and the river Esino (AN).
Its preferred habitat is that of the plains rich in prey and shallow water, although occasionally it can be pushed and nested (in some parts of the world) even at an altitude of more than 3000 m. 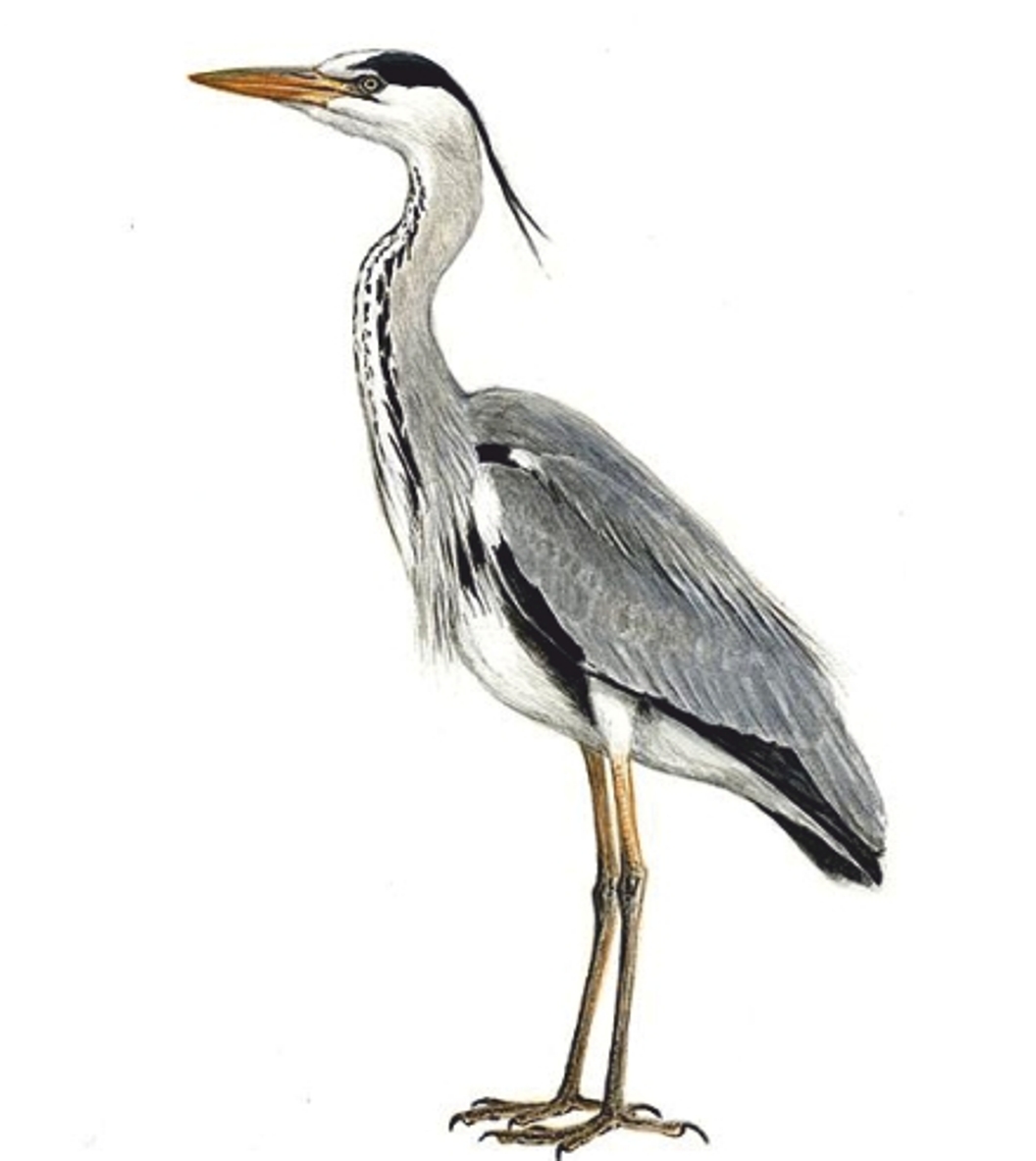 Description –
The Ardea cinerea is a Heron of notable dimensions that as an adult can reach a stature of 90-98 centimeters and a weight between 1100 and 2000 grams.
It has a wingspan between 175 and 195 cm, a total length of 90-100 cm. The wings are black, long and wide; the tail is gray, short and square.
The plumage is gray on the upper part and white on the lower part. The legs and beak are yellow. The adult has black feathers on the neck and a very evident black nuchal tuft that starts from the posterior and superior top of the eye. In the young, the gray color predominates and the chicks have a long silvery duvet, forming a tuft that covers the head.
The legs are very long, with yellow-reddish tars (gray-green-brownish in the young).
The eyes have an orange iris (yellow in the young) and periorbital area of ​​brownish-yellow or yellow (greenish in the young) color.
This bird does not have a sexual dimorphism so there are no distinctive signs between females and males, although males are usually a bit larger. Like all herons, it flies keeping its neck folded in S.

Biology –
The Ardea cinerea preferably lives near rivers, lakes and ponds where it nests in heronries made in protected, tree-lined and generally close to water places. Palearctic populations nest from January to March, while tropical populations mainly nest during the rainy season.
This bird in the age of nesting lives in colonies.
The nest is an enormous construction, formed with twigs on the tops of the trees. The brood consists of 4-5 blue-greenish eggs.
The incubation period lasts 25-26 days and normally there is a hatching per year. The offspring is nidicola and abandons the nest at about 4 weeks and s’invola to 42-55 days.
It is estimated that 70% of them do not reach 6 months of life; once the sub-adult age is exceeded, the maximum free life of this bird is 25 years.
This bird in flight can be recognized as the wings are beaten slowly, while the head is back between the shoulders and the neck is bent to Z.
Moreover in flight it regularly emits a raucous and powerful “khraaik”, while in the nest the voice is generally croaking.

Ecological Role –
The gray heron feeds mainly on fish, frogs, tadpoles, water snakes, crustaceans, molluscs, aquatic insects, small mammals and other small birds. It is active both during the day and at night, and to feed on it also moves tens of kilometers from the nesting site or dormitory, and is also a partial migratory species.
Some populations of gray heron, in particular the Eurasian ones, are migratory: these move between September and October towards the wintering areas, from where they return in February. Other populations, on the other hand, are sedentary. However, it moves mainly at night, in groups that can reach a few hundred individuals.
Between the beginning of the century and the 60s and 70s it suffered a drastic decline; since then the population has increased and the area is expanding also in Italy.
Today the range of the Italian population appears to be less than 20,000 km² but the number of mature individuals is estimated at around 27,000 and is increasing over the last 15 years. Therefore, the Italian population does not reach the conditions to be classified within one of the threat categories (population decline, reduced number of mature individuals and restricted range) and is therefore classified as a Minor Concern (LC).