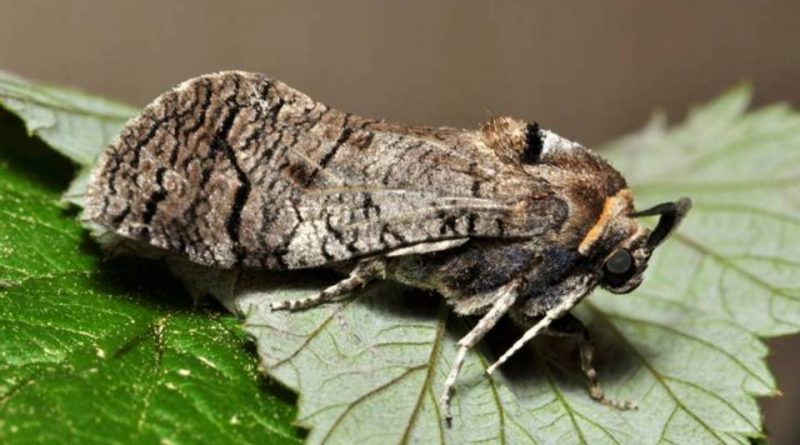 The goat moth (Cossus cossus L. 1758) is a moth belonging to the Cossidae family.

Geographical Distribution and Habitat –
The goat moth is a polyphagous insect, which in its different subspecies, is widespread from Europe to Asia causing on different species damages also of notable consistency. Host plants are: Pomacee, Drupacee, other fruit-bearing, forestry, ornamental and of landscape interest. 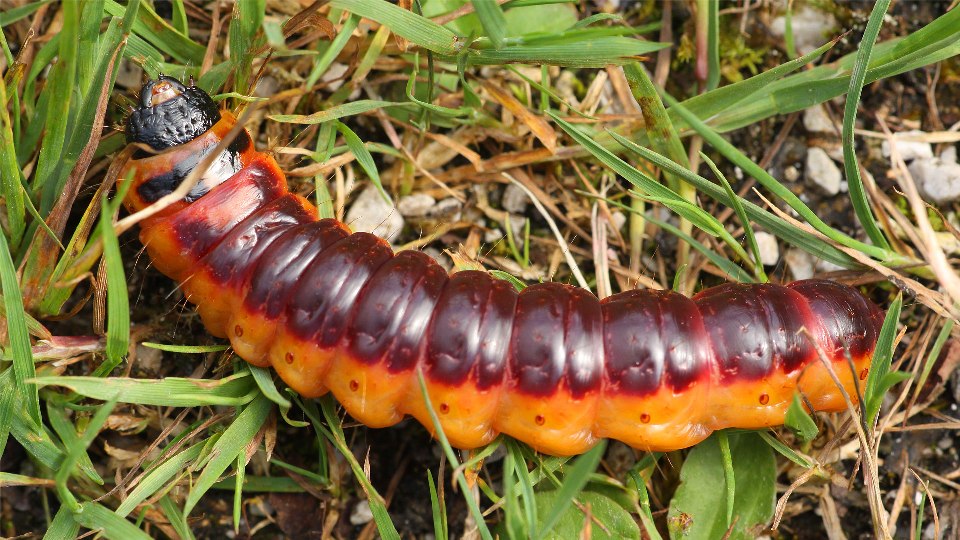 Morphology –
The Cossus cossus is recognized as the adults are large butterflies, with 70 -100 mm wingspan, with gray-brown front wings and finely dark streaks.
The larvae are pink or dark red on the back, depending on the age, with ventral areas of yellow-ocher and dark head; the larvae at maturity are from 80 to 100 mm long.
The eggs are hazel-brownish or reddish in color and have a diameter of about 1-1.5 mm. These are laid in the recesses of the rind, generally at the base of the plants.
It is also possible to find these insects by observing the affected parts on the outside: in these areas the wood presents the passage holes and a crumbling, especially of the bark, to which the plant finds it hard to react. Furthermore, it is easy to notice, in the affected area, typical protuberances or swellings, due to the reaction of the tissues. If a trunk affected by Cossus is sectioned, the characteristic galleries of the larvae can be seen.
Furthermore, if the plants have a light-colored bark it is possible to notice the outflow of a thick and mucilaginous fluid, of a blackish color, which is constituted by the sap altered and mixed with the catabolites of the larval activity and the rosure.

Attitude and biological cycle –
The goat moth is a particularly polyphagous insect, with larvae that are xylophagous and produce very serious damage to a large number of cultivated species.
The damage is due to the trophic activity of the larvae that dig deep tunnels in the trunk and in the branches; following this action these organs weaken both from the mechanical point of view and from a gradual and progressive general deterioration of the plant. Furthermore, in the deep wounds produced in the plant, due to the excavation of the tunnels, pathogenic fungi, cancer agents and caries and other parasites (Sesidi) settle.
Obviously the attacks carried on wood plants (such as Walnut, Poplar, etc.) produce greater damage also due to the consequent depreciation.
The insect can behave both as a primary phytophagous, on fruit trees, as a secondary one, on ornamental plants and of landscape interest, attacking, especially, plants that are already weak or that present other pathological problems.
The biological cycle of this moth is completed in two or three years, depending also on the climatic conditions. The adults begin to see each other in the period from the third decade of May until August, with a period of quite large flickering and with a peak of presences in the month of July.
After mating the females lay their eggs, in groups, especially at the base of the plants or at the scaffolding of the big branches.
Once the larvae are born, which are gregarious, they begin to dig, after about 10-12 days, of the small sub-circular tunnels, destroying the draft area.
In these tunnels the first year larvae spend the first winter and when they arrive in the following spring they resume their activity digging single, deeper and larger diameter tunnels, generally with a vertical direction both upwards and towards the roots or, as in certain cases, with oblique directions or initial transverse niches.
The larvae take care to keep these tunnels clean by removing the roseae and droppings that come in the form of a red-brownish pulp on the outside that emits an intense smell of altered leather.
The insect, as a rule, spends the 2nd year at the larval stage, continuing to dig tunnels in the wood, and then flickers in the summer of the 3rd year, after an incalidation occurred in the outer layers of the tunnel or in the ground at the base of the affected plant.
In more unfavorable weather conditions the Cossus cossus can flicker in the spring – summer period of the 4th solar year, thus making a generation in 3 years.

Ecological Role –
The Cossus cossus, as mentioned, is a polyphagous insect that can affect Pomacee, Drupaceae and other fruit trees, or forest plants, ornamental and of landscape interest.
As reported by Pliny the Elder, the ancient Romans would have been consumers of the larvae of an insect that some writers have identified as Cossus cossus, but Pliny specifies that his cossus was among the oaks, which makes this identification unlikely. The Cossus of Pliny, most likely could be the larva of the Cerambyx heros.
Apart from this historical curiosity the presence of this moth can cause huge damages and the fight against it has evolved in recent years following the new technologies of guided and integrated struggle; however, even today it is a set of different practices that are applied, from time to time, depending on the case. It is recalled that this insect has natural enemies, among which we mention the Diptera Larvevoridi (gen. Phorocera) and some Parasitoid Hymenoptera. The indiscriminate use of insecticides goes on to damage, in addition to the pollinators, this useful entomofauna which over time goes to the advantage of the Cossus cossus.
One solution would be to walk the tunnels with a wire in order to pierce the larva, but it is a Spartan method, which can be applied to a few plants and which, in any case, in most cases does not solve the problem.
The guided fight technique involves specific treatments during the oviposition period, even if they do not always give satisfactory results, in consideration of the wide flicker interval; to remedy this inconvenience it is possible to implement environmental monitoring, with the help of sexual traps. In this case the traps must be installed approximately in the first half of May and the treatment must be performed on the wooden organs in the period of maximum capture. In this fight, phosphorganic insecticides are used, possibly mixed with white oils, to improve persistence and penetration.
If instead we are forced to intervene with the infestation in progress we intervene with the elimination of the larvae with mechanical means (iron wires that go up the tunnel until the larva is reached) or with chemical means, blowing insecticides into the tunnels in the state of aerosol, saturating the galleries themselves, and closing them with stucco.
This type of intervention is however often inadequate, at least for the fruit-bearing, as the damage has already occurred and is therefore performed more than anything else for ornamental plants.
Given the delicate ecological issues and the need to implement interventions of greater environmental protection and in line with an agro-ecological system, in recent years new biological and biotechnological control methods have been developed that use microorganisms, the first, and pheromones for traps of mass capture, the second.
To operate the mass capture, traps triggered with sexual pheromones must be used; in this case, the females, who have not been fertilized, lay unfertilized eggs, making a gradual sterilization of the population.
For this type of fight the traps must be placed with a density of about 5 to 20 per hectare depending on the type of plant, climatic conditions, etc.
Instead, the microbiological fight has had interesting results with the help of Nematodi Neoaplectana (Steinernema) carpocapsae and feltiae; these, sprayed with special instruments in the tunnels or simply placed in whacks at the edges of them, are able to actively search for xylophagous larvae and attack them (even if they are less active on Cossus).
In addition, the use of entomopathogenic fungi, such as Beauveria bassiana, are being studied; which is very active, also due to natural parasitisations, towards wood rod.