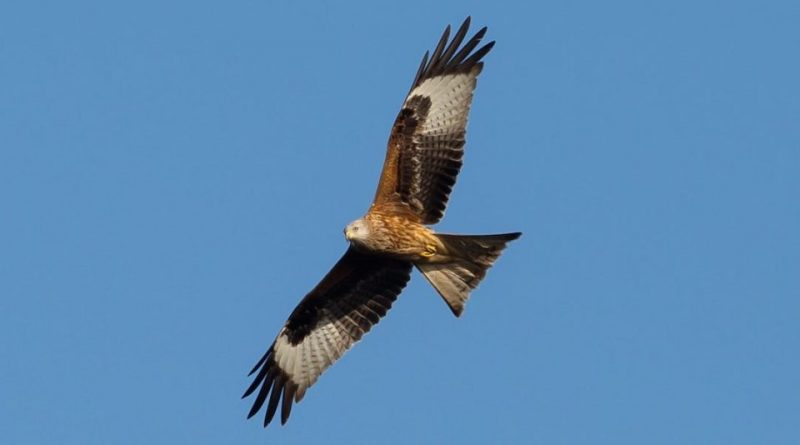 The red kite (Milvus milvus Linnaeus, 1758) is a bird of prey belonging to the Accipitridae family.

Geographical Distribution and Habitat –
The red kite is a species distributed only in the western Palearctic where the European population represents 95%, with 19,000-25,000 pairs.
It is present in almost all of central and western Europe, particularly in Germany, Spain, France and Italy where it reproduces regularly, but also in western Asia and north-eastern Africa.
Its habitat is represented by woods, especially broad-leaved trees, but also in the plains and in the hilly areas where, however, it can be located within the range from 0 to 800 meters above sea level, while in mountainous areas it can nest at much higher altitudes ( with a peak of 2,500 m observed in Morocco).
In Italy it is present in Sardinia, Sicily, and in the southern Apennines. Particularly widespread in Basilicata, it is frequently encountered in flight on residential areas. In winter it is even observed in large groups. 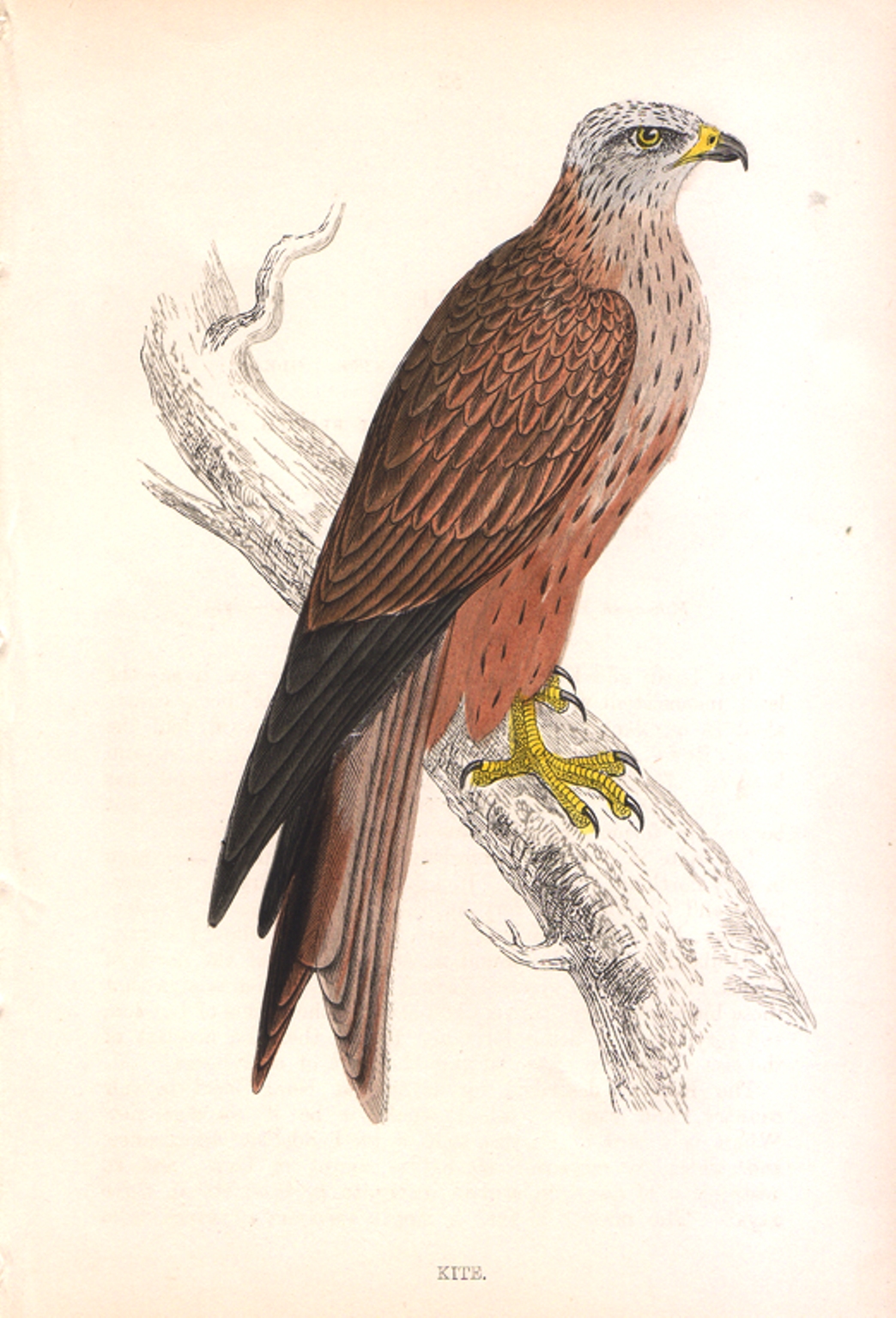 Description –
Milvus milvus is a bird of prey that is recognized for having a wingspan of 150-160 cm, with adult plumage: colorful, reddish-brown, black and white with a light gray head. It has a much lighter plumage than that of the brown kite, from which it is distinguished by the characteristic deeply forked red tail. If it is observed in flight it is also distinguished by the whitish spot on the lower side of the primary remiges.
Its silhouette is unmistakable both for the long wings and for the protruding tail, narrower at the base and forked.
In the red kite the male is the female are identical, except for a slight difference in size. The male is around 60 cm, while the female around 66 cm is long, with a slightly larger wingspan for the female.
Fly with extraordinary agility, often opening and turning the tail.

Biology –
The red kite begins the reproductive phase in the spring period.
This species builds its nest on trees, more rarely on rocks. To build the nest, it uses branches, rags and even pieces of plastic and other waste.
After mating it lays on average three eggs, which it hatches from the first; the eggs therefore hatch at intervals; incubation takes about a month on average.
Before the chicks are self-sufficient it can take up to four months and the first flight occurs after seven weeks.

Ecological Role –
The main diet of Milvus milvus is represented by small mammals (especially mice and voles), birds, but also fish, some carrion, earthworms, insects, even rubbish.
This bird of prey, for hunting, needs nearby grassy open spaces, cultivated land, pastures and generally areas of low vegetation.
Historically it is present in cities where the black kite is absent, sometimes it can be observed near landfills or on the edges of roads on the borders of urban centers.
The Italian population is estimated at 600-800 mature individuals and has a stable trend, although in Sicily it is almost extinct.
The main threat factors seem to be changes in farming and livestock breeding systems, unlawful killings, poisoning (poisoned bites, but also pesticides and poisoning), electrocution and the presence of wind power plants (loss of habitat and possible collisions). To these, the closure of open-air dumpsites is also added, which today have become an important trophic source for the species following the reduction of livestock in the wild. The species in Italy is therefore classified as Vulnerable (VU) due to the reduced number of mature individuals and the presence of threats. In general, the species has a low degree of dispersion, also due to the fact that it can reach high densities locally. Furthermore, the European population appears to be in decline.
In the IUCN Red List – World Union for Conservation of Nature (2008) – the species appears as “close to the threat” because it is experiencing a moderately rapid decline in the population.
In particular, there are some key populations, such as the Spanish (1,900-2,600 pairs), French (3,000-3,800) and German (10,500-14,000), which are undergoing a net decrease.
In some European areas the species, on the other hand, is increasing, as happens in Switzerland (1,200-1,500 pairs), or in sharp increase, as in Sweden, where from 30-50 couples present in the 70s it has passed to over 2,000 couples in 2012.
The species, once widespread in many areas of central and southern Italy, experienced a progressive decline especially in the second half of the 20th century, disappearing almost completely from central Italy, where only a small nesting population remained in the Monti della Tolfa, in northern Lazio, and being preserved only in the southern regions.
The red kite is a sort of “indicator” of the use of poison since, by feeding on small prey or dead animals, it can easily detect poisoned bites or carcasses and eat them.
The impact of the use of poison on the species, well known in other European countries such as Spain and Great Britain, is little known with regard to Italy.