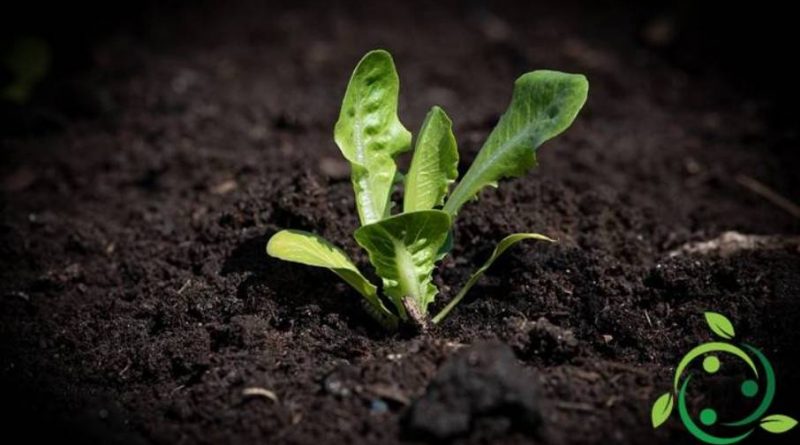 Role of sodium in plants

Sodium (symbol Na, from the Latin Natrium) is a chemical element of the periodic table of the elements which has atomic number 11. In its pure state it is a soft, waxy, silvery and reactive metal.
In the soil, this element is present only in compounds, mainly as salts (and therefore in the ionic form Na +).
It is adsorbed on clay minerals, with weaker bonds than potassium and has a high propensity to be washed away.
The dynamics of this element in the soil is therefore linked not only to the soil matrix of the soil but also to the pluviometric characteristic and the presence of groundwater in the subsoil.
In areas characterized by intense rainfall, the sodium is removed (washed away) towards the deeper layers, while in arid or semi-arid areas there is an accumulation of sodium in the more superficial layers, because the rate of evaporation exceeds that of precipitation. Even in the presence of brackish aquifers there can be an accumulation in the soil which, like in arid or semi-arid climates, can contribute to the deterioration of the soil structure which negatively affects the water-air balance. Finally, as the Na content increases, the pH tends to alkalinity.
Even the use of fertilizers and pesticides that contain this element in their formulations can cause accumulation in the soil with the aforementioned consequences.
At the level of the plant’s metabolism, sodium performs important functions but can, in many cases, be replaced in its function by potassium (K).
Plants are able to complete their life cycle even without this element (with the exception of Chenopodiacees that benefit in terms of better qualitative and quantitative performances). However, it remains a valuable component of plants, intended for animal feed. In fact, sodium increases the palatability of the grass (pasture, hay, silage). Animals tend to introduce more dry matter (even up to 10% more), raising productivity.
In chenopodiacee, such as sugar beet, sodium oversees the synthesis of glucose and conversion to fructose, then stored in the root.
Furthermore, in plants the sodium controls cellular osmotic pressure, allowing a more efficient use of water even if, as mentioned, in some metabolic and osmoregulatory processes, Na ions can substitute those K and vice versa.
The role of sodium, its functions and the resistance of plants to this element also change according to species and cultivars.
Thus depending on the degree of salt tolerance (especially with Na + cation), the plants can be divided into two large groups: Alofite and Glycophytes. The halophytes are very resistant to salt and are typically present in brackish environments, while the glycophytes are not very resistant to salt and live only in environments with low salt concentrations.
Furthermore, while the Glycophytes limit the ionic flow towards the shoot through a control at the level of the radical xylem (vascular tissue that carries water and ions from the root to the rest of the plant), the Halophytes tend to absorb and transport the Na + ion more rapidly to the aerial part of the plant, so that the roots, usually, have lower concentrations of sodium chloride than the rest of the plant.
The survival of halophytes in brackish environments is linked to an osmotic balance that is achieved through the intracellular compartmentation of toxic ions in the vacuole, through an active transport process. This process, in extreme synthesis, influences the energy balance of the plant which can show decreased growth of the foliar organs and internodes up to the presence of necrosis especially in the distal part of the leaf blades and of the young shoots.
The ratio between K + absorption compared to Na + varies depending on the species, the presence of the two elements in the soil and in irrigation water.
Thus in salt substrates the growth of the shoot is reduced compared to the growth of the root.
Some of the most important leaf elongation responses following salt stress are attributable to the change in the water status of the leaf itself. Indeed, by removing the salt from the areas surrounding the root, leaf growth resumes, suggesting that the only reason why growth was reduced was attributable to water stress and not to salt toxicity.
However, the variability of the effects of the presence of sodium in plants is so high that in many herbaceous species and fruit trees, however, too high concentrations of these ions are toxic. Growth inhibition and problems with leaves such as chlorosis and necrosis on mature leaves already occur at low levels of NaCl. In this case water stress is not the problem of greatest interest.

At high concentrations of salts some enzymes can be activated and deactivated depending on the effect induced by salt in the entire plant.
Among the causes of sodium accumulation in plants, the salinity of the soil, as mentioned, is the main factor that makes the soil unsuitable for agriculture and therefore limits the productivity of cultivated plants, particularly in areas with a Mediterranean climate which also in function of climate change and the reckless use of fertilizers and pesticides they tend to desertificate.
In detail, the effects of excess sodium in plants are as follows:
1. the inhibition of growth and problems inherent to the leaves as chlorosis: presence of spots on the leaves, and necrosis: presence of dead zones, which on mature leaves are already present at low levels of NaCl. Growth inhibition is the primary effect that leads to other symptoms, although it has been observed that programmed cell death (PCD) can also occur in cases of severe salinity shock;
2. an acceleration of development and premature senescence with consequent death during prolonged exposure to salinity;
3. induces the synthesis of abscissic acid (ABA, a plant hormone) which, once it reaches the stomata, commands its closure, with a consequent decrease in photosynthesis due to reduced CO2 intake, a factor that causes a decrease in the leaves of photosynthesis products, which limits the sprout growth due to decreased intake of required carbohydrates. In this way there is a reduction in the absorption of nutrients and salt with relative lower energy expenditure for the compartmentalization of salts.
Furthermore, an excess of sodium ions at the level of the root surface interferes above all in the absorption of the plant with respect to K + but also of other macroelements and microelements.
Calcium (Ca2 +) plays an important role in the absorption between sodium and potassium; in fact the increase in the presence of calcium in the soil has a protective effect on plants in general, and much more marked for plants under sodium stress, favoring the transport of potassium and the potassium / sodium selectivity.
The plants are able to tolerate the primary damage of salinity, implementing defense strategies:
a) by excretion of salts in the vacuole, similar to that of tolerance to osmotic stress;
b) tolerance of the alteration of the ionic balance: it requires that compounds and organelles are able to maintain normal properties even in the altered situation; indirect tolerance: it occurs by means of a rapid change in the plant’s metabolism, direct tolerance: it involves the properties of membranes, in particular lipids and proteins. The most characteristic property is cell permeability.
Similarly, plants can intervene against secondary damage, for example by implementing osmoregulation.
The partial dehydration is considered the first mechanism put in place by the plant in response to a sudden increase in salinity in the middle. However, in order for plants to be considered tolerant, a net increase in the quantity of cellular solutes is required for growth in a saline environment. This increase must be sufficient to reduce the osmotic potential of the tissue below the value of the growth medium, so there is a reduction in water potential in the cell, favoring water absorption. This process is called “osmoregulation” or “osmotic adjustment”, due to an active absorption of salts or inorganic ions with a preferential accumulation in the vacuoles to preserve the cytoplasm and enzymes, to synthesize organic solutes (“compatible solutes”) or both possibility.
In addition, many higher plants can withstand salt stress with the ability to accumulate various soluble nitrogen compounds. Indeed, nitrogen plays an important role in limiting the effects of salt stress on plant growth.
The mechanism of action is obviously different between halophytes and glycophytes.
Generally halophytes show increasing proline concentrations with increasing salinity in the stem, in roots, rhizomes and inflorescences.
Glycophytes have a different ability to accumulate these compounds.
In plants subjected to salt stress, protein biosynthesis generally decreases, but in many plant species proteins induced by the same stress have been identified.