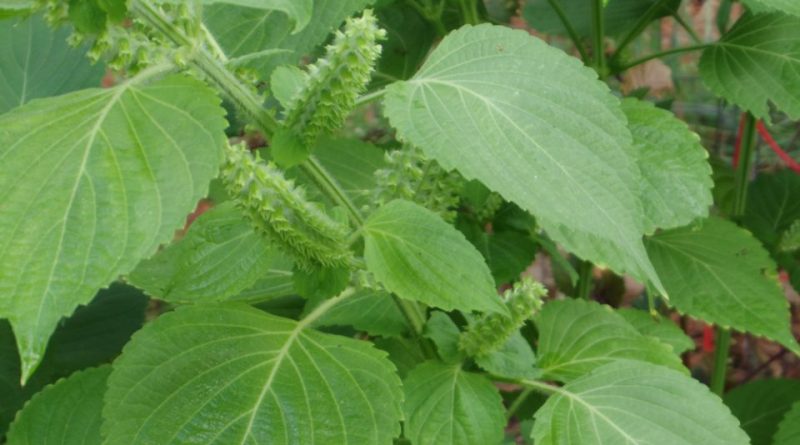 Systematics –
From the systematic point of view it belongs to the Eukaryota Domain, United Plantae, Magnoliophyta Division, Magnoliopsida Class, Lamiales Order, Lamiaceae Family and then to the Genus Perilla and the P. frutescens Species.
The term Perilla nankinensis (Lour.) Decne .. is synonymous

Etymology –
The term Perilla is the diminutive of the Spanish pear: that is, in the form of a small pear, a knob. The specific epithet frutescens comes from frutex shrub: with shrubbery.

Geographical Distribution and Habitat –
Korean perilla is a plant of probable Himalayan origin and widely cultivated in Asian countries and in particular in China, Korea, India, Vietnam and Japan where it is called shiso. 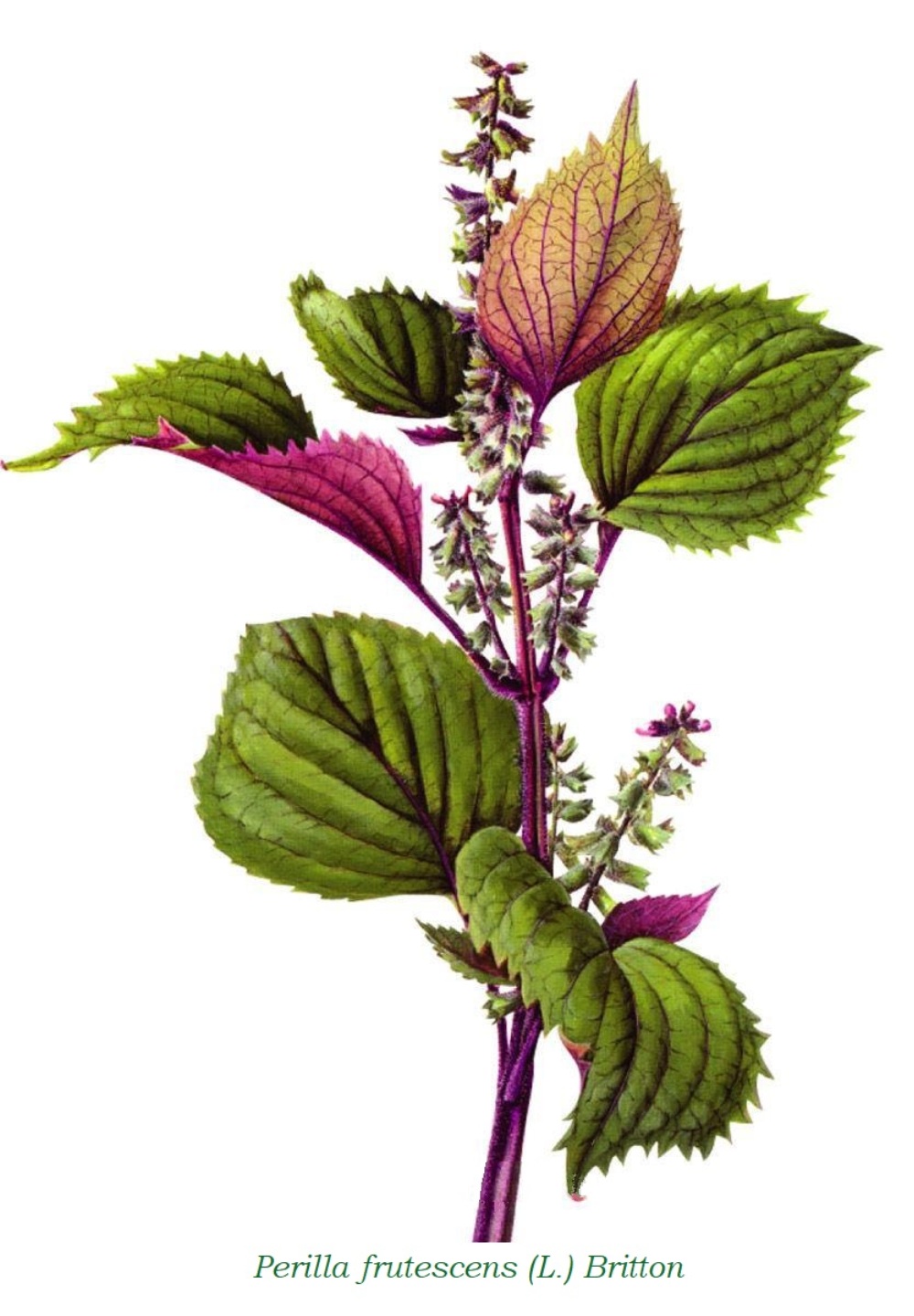 Description –
Perilla frutescens is a herbaceous species similar to the basil plant, with robust stems, with a height varying between 60 and 80 cm. has opposite, heart-shaped, pointed and serrated leaves. It forms apical inflorescences, about ten cm long, completely similar to those of basil; the flowers are white and small that grow in late summer.
It is an aromatic species that gives off an intermediate fragrance between that of anise and lemon balm.
The anthesis is between July and September.

Cultivation –
Korean perilla is a plant that can be grown as a vegetable and can be combined with salads and tomatoes.
Like basil, it can also be grown in pots.
For its cultivation it is necessary to choose fertile soils, with good humidity and positions even in full sun. The plant produces an inflorescence that at the end of the vegetative cycle operates the self-sowing.
It is an easy plant that starts with the spring sowing of small seeds. sowing can be done directly in the dwelling or in a container if you want to anticipate the cultivation as it tolerates transplants well.

Uses and Traditions –
The Perilla frutescens, as well as in other countries and especially in Asia, is also cultivated in Italy but above all for ornamental purposes in cultivars with reddened leaves and sometimes it escapes cultivation and grows in a sub-spontaneous state in disturbed environments in the inhabited areas, below the mountain band.
It is however an aromatic, medicinal, ornamental and horticultural plant: in the kitchen the leaves of this plant are used as a condiment or a side dish while from the seeds an edible oil is extracted; purple leaf cultivars are used to color and flavor a Japanese condiment; A derivative of an aldehyde extracted from the plant, called perillartina, is used in Japan as a sweetener.
This species, which is the only one of the genus Perilla, being cultivated for many years in Southeast Asia has many varieties, with smooth or curled leaves, green or tinged with purple, up to dark purple.
To underline that the Perilla frutescens var. frutescens and the var. crispa are very similar plants, so much so that their seeds are difficult to distinguish even with an electronic microscope; instead they are distinguished by their taste which is quite different. Furthermore, the conformation and the active ingredients of the plants cultivated in the various countries are notably different.
A derivative of an aldehyde extracted from the plant, called perillartina, is used as a sweetener in Japan.
The oil of this plant is very rich in omega-3 fatty acids, α-linolenic acid and is used industrially as a solvent in paints, inks, linoleum, as impregnating and water repellent.
Perilla frutescens is rich in antioxidants, iron, vitamin C; it is of great help to support the immune system. In addition to being used for food, it is used for medicinal purposes where it is used in cases of bronchial asthma, chronic bronchitis, colds, coughs; Asian herbal medicine makes extensive use of it, also extracting an oil rich in beneficial properties.

Preparation Mode –
Korean perilla is widely used for food use where it lends itself to various interesting preparations; it is excellent in salads, it is also used cooked, in soups or to prepare rolls.
In Korean cuisine the leaves and seeds of this species are used, while in Japanese cuisine the leaves of Perilla frutescens var are used more. crispa (Thunb.) H.Deane.
The leaves of the purple leaf variety are used to color and flavor a Japanese condiment: Umeboshi, a particular Japanese condiment made from plum fruits.
Ground seeds are added to flavor soups in Korea and China or sauces in India. The oil is traditionally extracted for food use, especially in South East Asia and Korea.