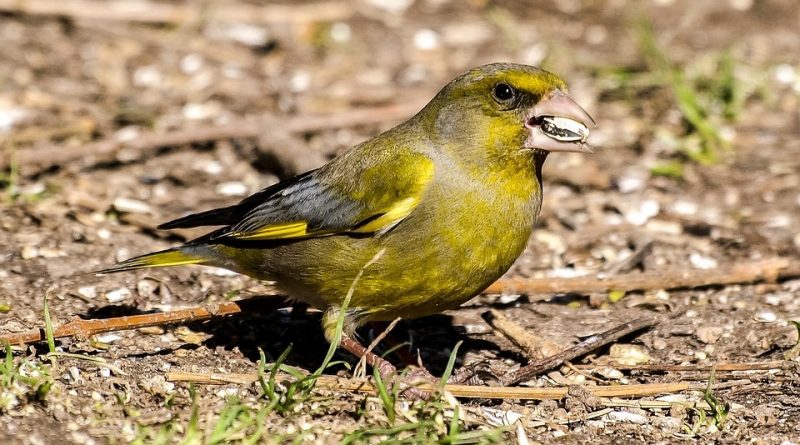 The European Greenfinch (Chloris chloris Linnaeus, 1758) is a passerine bird belonging to the family Fringillidae.

Geographical Distribution and Habitat –
The European Greenfinch is a bird that has a Palearctic distribution and is present throughout the European continent with the exception of Iceland, as well as in Central Asia, Anatolia, Levantine coast and North Africa. They have also been introduced in the Río de la Plata area and in southeastern Australia, including Tasmania and New Zealand.
The species is present in Italy throughout the national territory, including the islands.
The habitat preferred by the Chloris chloris consists of tree-lined areas consisting of both broad-leaved and coniferous trees, not excessively thick and above 1000 meters of altitude, although in general this species manages to colonize wooded countryside, woods, orchards, cultivated areas, up to man-made areas, even with the presence of trees or hedges. 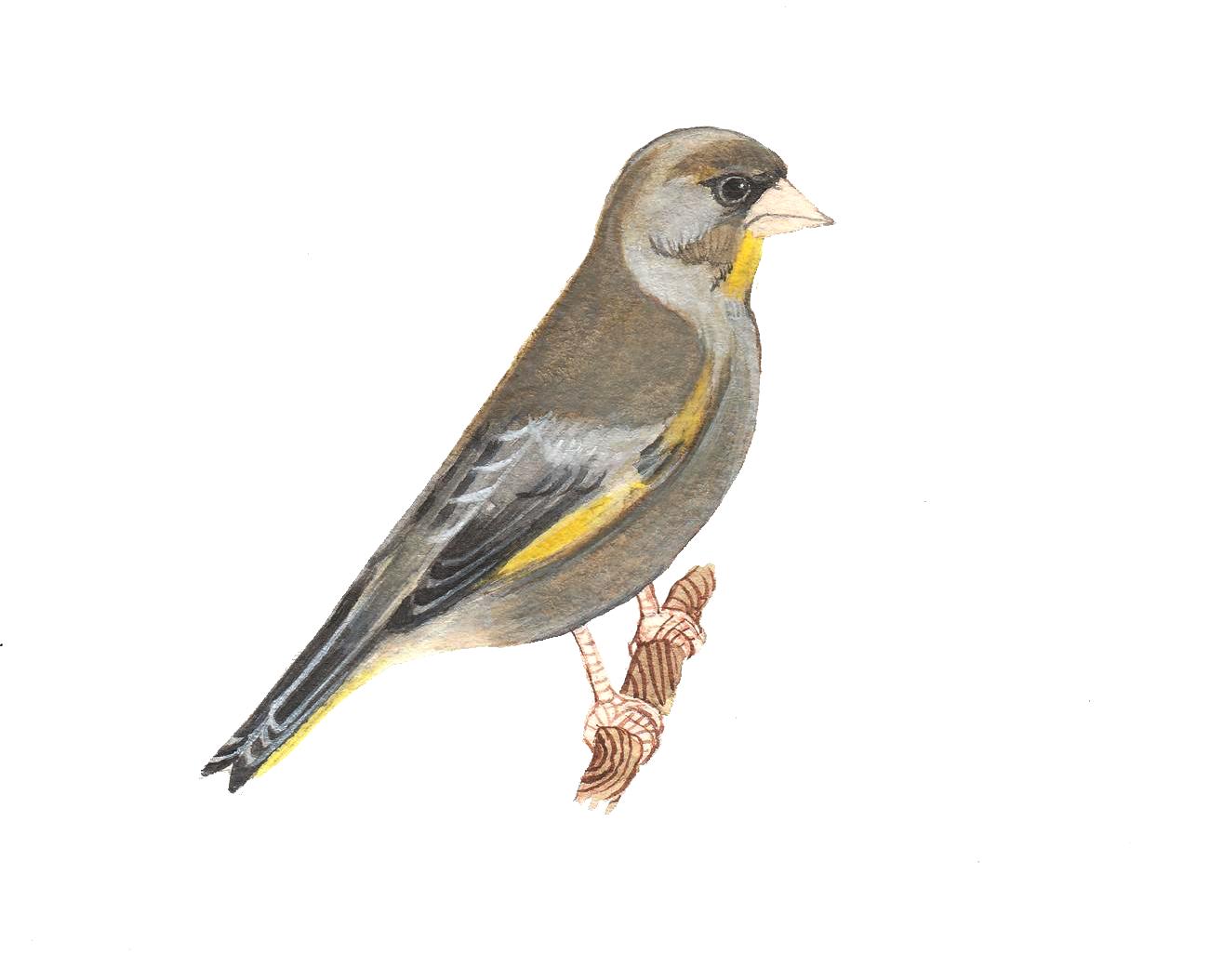 Description –
The European Greenfinch is a passerine bird of the size of 14.5–16 cm long, with a wingspan of 25-28.5 cm, a tail of 5.6-6.2 cm, tarsus 17 mm, beak of 12–13 mm, with a weight of around 17-34 g.
From the external point of view the green is distinguished by having a small but robust and massive appearance, with a large square head with clearly visible eyebrows, conical and very robust beak, pointed wings and slightly forked tail.
It has an overall green and olive coloration with shades of yellow and gold, has the tips of the dorsal feathers darker and a marked yellow line on wings and tail. Its beak is flesh-colored, slightly lighter than the legs. The female is distinguished from the male by a modest opacity of colors, while the young are striped with brown.

Biology –
The biological cycle of Chloris chloris begins with the mating season, in the period from spring, beginning around mid-March, until mid-August.
However, the egg laying peaks are towards the end of May.
The activity begins with the courtship of the males to the females already at the end of December, so that in spring the couples are already mostly formed.
In the southern hemisphere, however, the reproduction is between October and March.
The courtship phase is highlighted by the flights of the males that flicker at a height of about ten meters, then descend on a perch in evidence to emit their song. At this point the males, having come close to the females, follow them ruffling the feathers and keeping the wings half-open and pointing downwards, until the females make it clear, crouching and moving the tail sideways, their willingness to mate.
In this phase these birds become less gregarious and the males become impatient with each other.
After mating the female builds the nest by weaving fibrous material of almost exclusively vegetable origin and hair; the nest is then covered internally with downy material and down.
The nest is placed inside the foliage of a tree, a bush or a hedge, near the trunk or the major bifurcations.
The females lay from 4 to 6 eggs, which are bluish or dotted with dark red, approximately 21.5 x 14.8 mm in size.
The eggs are hatched only by the female for about two weeks; in this period the male stands guard near the nest and supplies the food.
The hatching chicks are blind and featherless and are cared for and fed by both the male and the female who feed them with seeds and grains regurgitated.
The completion of the plumage of the young nestlings occurs around the second week of life and the young assume a juvenile livery, similar to that of the females but more dull.
At this point the young greenfinches are fledged and joined to other young of other broods or also of other similar species.
In this first period they can sporadically return to the native nest, where in the meantime the parents are carrying out another brood.
In general The common verdone can carry on 2-3 broods in the same year, with the first in the period of April, the second in June and a third, if climate and food are optimal, in August.

Ecological Role –
The European Greenfinch is an almost exclusively granivorous bird as it feeds for the most part on seeds that break with the strong beak, with particular predilection for the oily ones (sunflower, thistle, cereals, pine nuts), very energetic.
However, the diet of this bird is also made up of other foods of vegetable origin, such as sprouts, buds, berries and fruits, such as blackberries and badgers, while the use of food of animal origin, such as insects, larvae and small invertebrates of which it mainly uses during the reproductive period, when the energy requirement is greater.
Chloris chloris are lively but somewhat shy birds with diurnal and moderately gregarious habits; in fact, they tend to gather in small mixed groups of about ten individuals (sometimes associating with other finches or emberizidae). Their main daily activity is the search for food, on the ground or in the branches.
However, the European Greenfinch is not a great flyer so it tends to remain sedentary, preferring to pass from branch to branch and move only to feed.
Most of the specimens are stationary, while others overwinter in warmer areas to prepare for reproduction.
The northernmost populations (northern and inland portions of the Scandinavian peninsula, northern European Russia) and southernmost (most of North Africa with the exception of the Atlas mountains) tend instead to migrate, respectively during the winter and during the summer.
The singing of this bird is quite simple: it is an alternation of repeated trills and hissing sounds, and is emitted by the males during the first half of the year, while from August to September these birds become quite silent.
The European Greenfinch is one of the most common and uniformly widespread birds in Italy, where it is found throughout the year, more numerous in winter for immigration from Northern Europe. However, it is threatened by birdbaths and poisons administered in agriculture and trees to combat pests.
Finally a curiosity sell’epeteto of the name chloris which means in Greek “yellowish-green”, due to their color; in mythology also Chloris – whom the Romans called Flora – was the nymph with the pale skin, and when she spoke from her mouth rose roses. Since Verdone is a bird that rarely leaves the tree branches, “chloris” is therefore a perfectly suitable name.