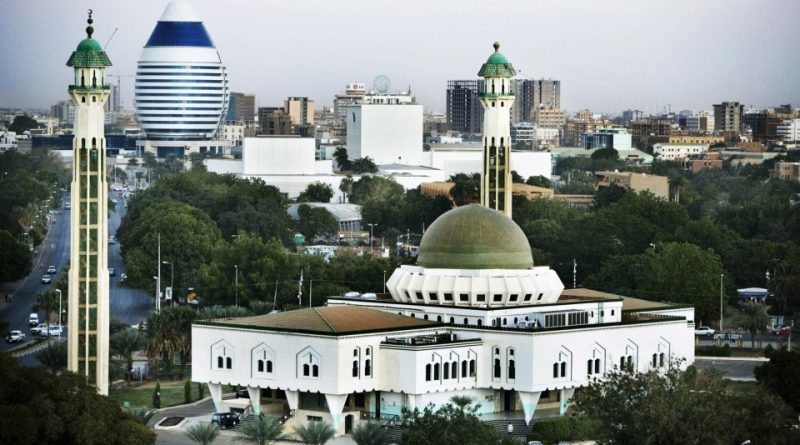 The Sudan or Republic of Sudan is an Arab-African state, located in the north-eastern part of Africa. The country, which has an area of ​​1,886,068 km², borders Egypt to the north, the Red Sea to the north-east, Eritrea and Ethiopia to the east, with South Sudan to the south, with the Central African Republic to the south-west, with Chad to the west and Libya to the north-west.
The capital of Sudan is Khartoum, the political, cultural and commercial center of the nation.
The country is divided longitudinally from the Nile into two halves (eastern and western). The population of Sudan is a combination of native inhabitants of the Nile valley and descendants of immigrants from the Arabian Peninsula. The vast majority of the population today embraces Islam in the north, but there are strong concentrations of Christians and animists in the south. The name Sudan derives from the Arabic expression Bilād al-Sūdān, meaning “Country of the black men”.
The territory of Sudan is mostly flat with the northern part mainly desert.
The population of Sudan is predominantly Arab with Nilotic minorities. The main ethnic groups of Nilotic origin are:
– Dolichocephalic; the Scilluc, the Dinka, the Nuer, the Lokuto;
– Mesocephali; the Nuba, the Fungi, the Bongo, the Nittu, the Madi;
– the Agnuaks, the Bari and the people of Darfur, the Belanda and the Luo, mistakenly called also Jur;
– some tribes of Nilotic origin like the Acholi, the Lango, the Gialuo settled in Uganda and Kenya.
From the Middle Ages, with the Arab upper hand, these black indigenous peoples have mixed with the Hamitic and Semitic populations with lighter skin and a somatic type similar to the Mediterranean. There are also black ethnicities of non-Nilotic origin which are the Azandè, nicknamed Niam-Niam.
The populations of Darfur are divided into four more numerous ethnic groups: Zagawa, Mazalit, Tama and Fūr (hence the name: Dar = see + Fūr); then there are many other less numerous ethnic groups.
The official languages ​​of Sudan are Arabic (which is the most widespread and spoken) and English. Among the minority groups, the most widespread language is the Nubian.
As for religions, Islam is the dominant one, professed by 97% of the population, after South Sudan, mainly animist and Christian, became independent in July 2011.
From the environmental point of view, the Sudan is characterized by a northern desert part, while going down towards the south it meets the steppe which in the central part gives way to the savannah. The southern part, under the tenth parallel of north latitude, is verdant, humid and covered by extensive marshy expanses. On the edge of the vast basin of the Sudanese territory rise the Gebel Marra and the Gebel Oda. The Nile completely crosses the country from south to north and it is almost as important for Sudan as it is for Egypt, both for transport and for the possibility of irrigating the arid lands touched by its course. The most fertile, intensely cultivated area is the one between the White Nile and the Blue Nile, which unite near the capital Khartoum. This “land between the rivers” takes the name of Gezira, which in Arabic means “island”. The climate is very hot everywhere: the rainfall increases progressively from the desert areas of the north to the maximum values ​​of the southern savannahs. 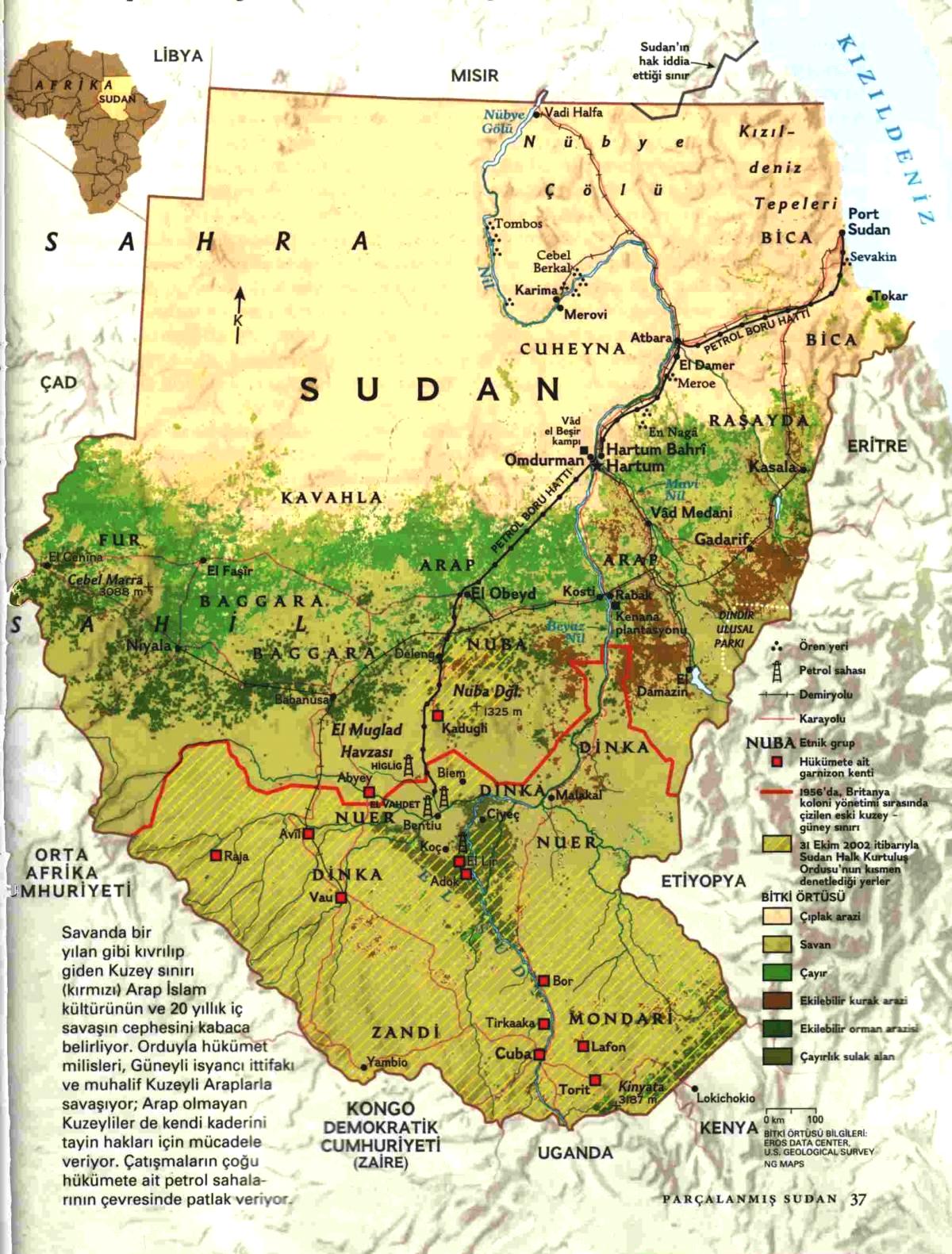 Flora –
Especially important are the forests of Acacia senegal (Senegalia senegal (Britton)) or Acacia nilotica (Acacia nilotica (L.) Willd. Ex Delile) which are present mainly in the Sahel. Gum arabic is obtained from these plants, a natural product that oozes from the trunk and branches.
Sudan is the world’s leading exporter of gum arabic (followed by Chad and Nigeria): rubber from Sudan covers about 60% of the global trade in gum arabic.
Unfortunately, the lack of a land management policy has led to the uncontrolled exploitation of forest resources. The region of northern Kordofan suffered from a continuous drought until the mid-1960s. Furthermore, deforestation has caused serious damage to the local flora.
Furthermore, water scarcity and long periods of drought are among the causes of erosion and soil depletion. The increase in population and the expansion of human settlements threatens the country’s forests. Traditional fuels such as wood provide 75.1% of Sudan’s energy supply and the demand for charcoal is one of the main causes of many forests being cut down.

Fauna –
The wealth of the southern area of ​​Sudan is given by the cattle, pivot of the culture of the nomadic populations. If a young dinka man wants to marry, he must pay a price of 100 head of cattle to the father of the bride.
Among the characteristic animals of the Sudan we remember The cobo or kob (Kobus kob (Erxleben, 1777)) which is an African mammal of the Bovid family. This animal, which resembles an impala, is a rare and threatened antelope, which lives along the strip of sub-Saharan Africa, in the Sahel area. The kob prefers wetlands such as grassy meadows or forest edges.
In this sense the Sudd plays an important ecological role, which is a vast marshland formed by the White Nile in South Sudan.
This is a vast swampy area, where the Bahr el Jebel flows along its northern path. On the opposite bank of the Sudd, the river re-emerges as it passes through Khartoum to head towards Egypt. For 25 years, during the Sudan civil war, this swamp was the place of refuge for wild animals: large herds of elephants, antelopes kobus kob, antelopes mice, giraffes, oryx, ostriches. Furthermore, poaching also threatens animal populations throughout the country.
As for the entomological fauna, it should be remembered that the equatorial belt is inhabited by numerous insects, including the tsetse fly that transmits to humans the Trypanosoma brucei gambiense, an agent of sleeping sickness, and in most of the territory there are many mosquitoes of malaria (also called paludism).
From the ecological point of view there is a relationship between the incidence of diseases and environmental changes: deforestation, for example, creates conditions that favor the spread of the mosquito that transmits malaria. For this reason, ecological recovery policies are necessary without which, not only Sudan, but all Central African countries risk disappearing within a few decades.