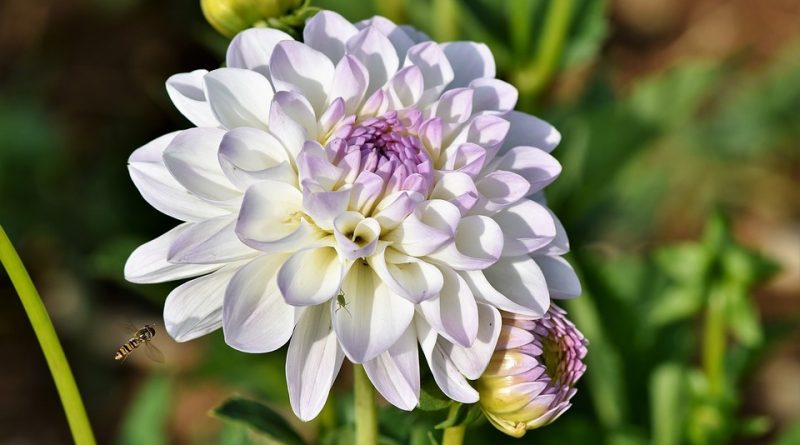 The term phanerogam (from the Greek: phanerós = evident, manifesto and gámos = marriage) refers to plant species with clearly visible reproductive organs characterized by the presence of the seed; for this reason the term synonym is also used Spermatophytes (from the Greek: spèrmatos = seed; phytòn = plant) or also Antophytes, due to the presence of well-characterized and often complex sporiferous apparatuses (the flowers) and still Siphonogamic embryophytes, because the microspora or pollen grain at the time of germination generates a tube or siphon which is the pollen tube.
The phanerogams, with their approximately 200,000 species, are made up of about half of the known species of the vegetable kingdom and, for a long time, have been considered a division of the vegetable kingdom with the two subdivisions Gimnosperme and Angiosperme.
The Phanerogams or Spermatophytes constitute a super-division to which belong the vascular plants characterized by the presence of floral organs only in the case of angiosperms, thanks to which they reproduce through the formation of seeds.
The Phanerogams can be both terrestrial and aquatic and Posidonia oceanica is included among the marine phanerogams, whose habitat is considered a priority for its nursery function and constitutes an endemism of the Mediterranean Sea.

The most evolved plants belong to the phanerogams, represented by the various divisions of Gymnosperms and Magnoliophytes (or Angiosperms). Some botanists believe that the division of Chlamydosperms (or Gnetophytes), including the orders Gnetales, Welwitschiales and Ephedrales, present intermediate characters between Gymnosperms and Angiosperms.
The most salient feature of Fanerogame is that there is a noticeable decrease in gametophytic generation. This is due to the fact that in the course of evolution the gametes have differentiated sexually, allowing the latter not to meet in the external environment, but for oogamy.
In this way the female gamete is kept and protected by the mother plant, while the male gametes, smaller and mobile, are released into the environment.
The egg, which is the typical structure of phanerogams, is the female gametophyte and is retained in the macrosporangium. The egg is a structure consisting largely of the mother plant, it is made up of cells of the sporophyte, formed by diploid cells, in which the gametophyte also exists, consisting of haploid cells.
The immature male gametophyte is immediately released into the environment and is called pollen. The latter, in some Spermatophytes, has flagella and is carried towards the oosphere, in the ovum, from the pollen tube up to the archegoni.
Following fertilization, the egg generates the seeds that have a mixed chromosomal contribution due to meiosis.