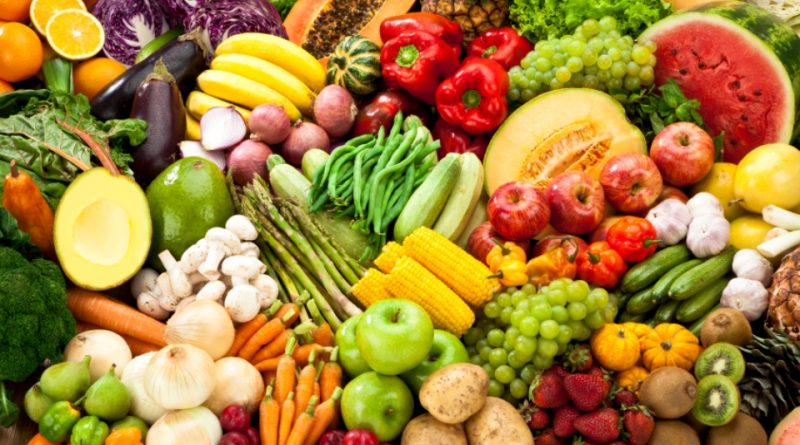 How many pesticides we eat without knowing it

In an age in which the preservation of nature and the planet, even with all its difficulties and contradictions, are on the agenda, the question of the healthiness of food and, therefore, of human health is more ignored and unknown than how much it is believed, often and unfortunately also in the workers: Agronomists, Doctors, Dietetics, etc.
In spite of so many words and so many attempts every time one digs at the bottom on the problem data emerge that are even more worrying than one might think.
We refer to a research carried out by Legambiente, not long ago, which reveals a situation of healthiness of many foods to say the least alarming.
According to this research even if, according to the parameters, only 1.3% of the samples examined are illegal, 34% of “regular” fruit and vegetables are contaminated by one or more fungicides or pesticides. With tips, in some batches of peppers that have reached the presence of 25 active ingredients.
This research has made use of data, on almost 10,000 samples, from Italian accredited laboratories for the control of plant protection product residues in food.
The dramatic thing (because another term cannot be used with human health) is that even if Italy has adopted a National Action Plan to reduce the risk associated with pesticides, this tool has long been known in the environments of the Agronomists and Forest Doctors, it also allows every day on our tables food products of any type to arrive with contaminations, often also substantial and serious, of more residues than the treatments to which they are placed in the field, in the greenhouse or in the livestock sector, the products we nourish ourselves and which are fed above all by the weaker groups, such as children and the elderly, or less well-off who cannot afford to buy organic products; therefore, in addition to insult to injury.
From the data it emerges that the presence of several products simultaneously on foods (multi residue) is more frequent than foods that are contaminated with a single product (18 against 15%). So compared to 61% of analyzed and regular samples free of pesticide residues, on the other hand it is not the outlawed champions, which represent little more than 1% but 34%, of concern, are considered regular by law, but at in which one or more pesticide residues have been found.
In the past months, together with a delegation of parliamentarians and senators, we went to the Ministry of Health asking that the Italian State, with a specific provision, should avoid this now devastating situation, both for human health and for the ecosystem which, every day, loses pieces due to ever-increasing pollution.
In fact the real problem is the so-called “multi residue”, which European legislation does not consider to be non-compliant if every single level of residue does not exceed the maximum permitted limit, although it has been known for years that the interactions of more and different active ingredients between them may cause additive or even synergistic effects to the detriment of the human organism.
For this reason we asked:
– that the Italian State issues a rule which, in order to protect consumers and ecological balances, sets very stringent limits on the presence of pesticide active ingredients and the so-called “multi-residue”;
– that, in addition to the checks carried out by the Ministry, with its peripheral bodies, especially large consignments of food products, travel or arrive in Italy with a certificate of suitability of the individual active ingredients and multi residual.
This is also because, comparing the foreign and the Italian samples, those with more irregularities and residues were the foreign ones, with 3.9% compared to 0.5% of the national ones. 33% have at least one residue compared to 28% of Italian products. In foreign samples the fruit is the category in which the highest percentage of residues is observed: 61% of these fruit samples have at least one residue. Among vegetables, 51% of tomatoes and 70% of foreign peppers contain at least one residue.

Without entering into controversy here, which build nothing, we are waiting for the Ministry to pronounce itself in this sense.
Returning to the data that emerged, during this dossier, fruit is the food category in which more traces of pesticides were found simultaneously. According to the analysis, only 36% of the samples examined were found to be free of residues. 1.7% is irregular and over 60%, despite being considered regular, has one or more of a chemical residue.
Among the most contaminated products we find:
– pears (64%);
– table grapes (61%);
– peaches (57%);
– strawberries (54% of regular samples with multi-residue and 3% of irregularities).
Moreover, some samples of strawberries, also of Italian origin, presented up to 9 residues at the same time. Similar situation also for table grapes, which turned out to have up to 6 residues.
To these data it is added that the papaya samples were all irregular for exceeding the maximum allowed limit of the carbendazim fungicide; which raises a question, which we have already asked the Ministry, namely the arrival, through foreign countries, of active principles no longer permitted or permitted within certain limits in Italy.
The case of vegetables is also worrying, not only for the numbers that we will now see but also here for a further ethical question: those who decide to eat vegan, due to an ethical issue, actually contribute, indirectly, to aggravate the problem.
The data say that, on the one hand, 64% of the samples had no residue. On the other hand, significant percentages of irregularities have been found in some products, such as 8% of peppers, 5% of vegetables from stems and over 2% of legumes, compared to the average number of irregular vegetables. %). Furthermore, in the majority of cases of irregularity, the exceeding of the maximum residue limits allowed for fungicides had to be rediscovered, among which the most common is the boscalid.
Of these products some presented, as usual, the presence of several pesticides at the same time.
Even products of animal origin do not come out well: 11 samples of Italian eggs (5% of the total sampled) are even contaminated by a fipronil insecticide also known as fluocianobenpirazolo.
On the pesticides front, the most common is in descending order: boscalid, chlorpyrifos and fludioxonil, followed by metalaxyl and captan (fungicides) and in sixth position we find imidacloprid, which is a neonicotinoid insecticide that was banned in 2019 for protection of pollinating insects.
Good news instead in the field of analyzed organic products, which at the moment keeps the doubts about the validity of these certifications and certification systems. In fact the 134 samples analyzed are regular and without residues. The only exception is a sample of pears, of which the origin is not known, which is irregular due to the presence of fluopicolide (but the black sheep there will always be and to the appropriate Organisms of the State the burden of finding scams).
All this leads to some considerations and conclusions:
– both at a European level and at a national level, the production and certification systems and the quality control of food products must be completely changed;
– the PAN (National Action Plan) which is the tool to reduce the risk associated with pesticides has become, as it is conceived, only an additional bureaucratic burden for agricultural and technical companies but not a real system for safeguarding safety food.
For this reason we need a radical holistic and multidimensional revision of the entire national (and obviously world) agrifood issue before the agri-food and ecological issue explodes in our hands (the trigger is unfortunately already activated) with consequences on the political stability of the entire planet of unimaginable proportions.