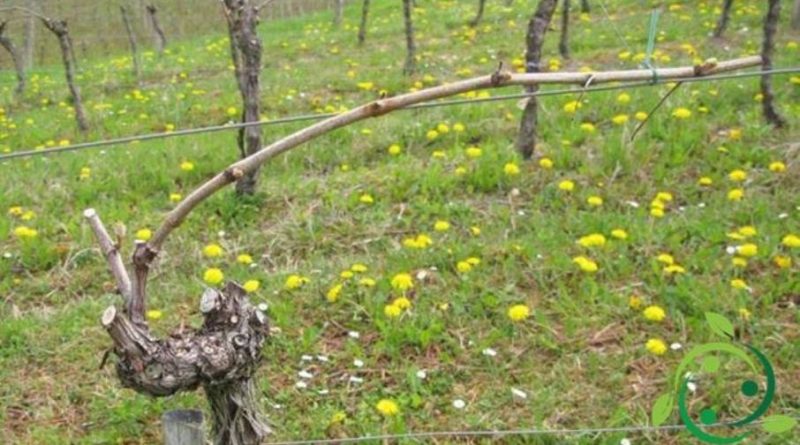 By branch, in botany, we mean a branch of the vine, lignified, knotty and flexible.
The term branch (tralcio) comes from the Latin tradux -iscis, derivation of translating “carry”, in the sense of “transplanting”.
In general the branch is a young branch of the vines, also called sprout if it is not yet lignified, and sarmento if it is dry and detached from the plant.
The branch consists of various internodes, which are enlarged at the nodes; the complex is a simpodio, and each foot ends with a cirrus or a cluster; usually after two nodes carrying a tendril or a cluster one follows that has none.

The morphology of the branch can change depending on the species and for example in Vitis labrusca only, the branch has a cirrus at each node, in this case each foot consists of only one internode.
By branch we mean by extension, however, also the branches of other climbing plants, such as ivy.
The branch, due to its physiological role, recalls Christ’s parable to his disciples: I am the vine and you are the branches (John 15, 5: lat. Ego sum vitis vos palmites).