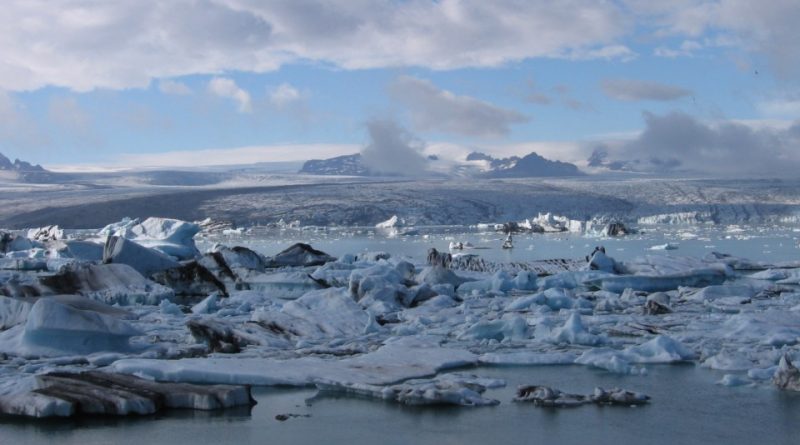 The great climatic changes, linked in part to the action of human activities, partly to the cyclical phenomena of geological eras, cannot fail to interest and, to some extent worry, public opinion.
One of these concerns may be related to the release of Arctic marine and terrestrial methane in areas of the Arctic permafrost, where reserves of this gas are found.
The loss of sea ice is related to the warming of the northern latitudes which causes the fusion of permafrost, both marine and terrestrial. Lawrence et al. suggest that the current rapid melting of sea ice may produce a rapid melting of Arctic permafrost.
This is a natural process that can determine a substantial increase in the greenhouse effect, thus contributing to global warming, as methane is precisely a greenhouse gas.
Large amounts of methane are stored in the Arctic in natural gas deposits, such as permafrost and submarine clathrates. Permafrost and clathrates degrade with heat, so large releases of methane from these sources can contribute to their degradation.
This process is so important that it is monitored by scholars from around the world to determine the probability of the event, or rather of the events in the various Arctic territories of Planet Earth.
The phenomenon is evident, for example, in Siberia where some researchers are observing the soil that seems to have bubbles which, subjected to pressure with people’s feet, moves as if it were made of jelly.
These bubbles when they reach the critical phase explode releasing more or less methane gas into the air.
Even if the phenomenon is rare at present it is known to scholars and its monitoring can determine whether the process is accelerating or not.
The surveys and studies carried out in recent years, in the Yamal and Gydan peninsulas, have led to the identification of about 7,000 bubbles of this type and all seemed to have been formed in recent years.
The concern now is to determine whether these 7,000 bubbles can explode without warning, releasing greenhouse gases. From the surveys carried out in recent years, researchers have noticed that from these earth pockets air escapes with a high concentration of methane (1,000 times more than normal) and carbon dioxide (25 times more than normal).

Another element of considerable concern is the fact that after the explosion of one of these pockets in the Yamal peninsula a crater of about 30 meters was created inside which high concentrations of methane were recorded (9.6 percent compared to the 0.000179 percent that normally occurs in the air), a sign that the gas does not end after the opening, but that we are in the presence of enormous reserves in depth.
The explanation of the phenomenon would seem to be directly proportional to the heat waves of recent years that have affected, in addition to various areas of the planet, all of Siberia and that have pushed the permafrost of the Siberian tundra to thaw. According to recent research it was hypothesized that a global temperature increase of 1.5 degrees Celsius would be sufficient to almost completely melt permafrost, but due to abnormally hot summers it is suspected that the fusion is already occurring in different parts of the Russian region .
This phenomenon is also related to the geology of the area that may have contributed to the production of methane-rich bubbles. According to Vasilij Bogoyavlensky of the Russian Academy of Sciences who has been studying these bubbles for years, in the region affected by the phenomenon, between 100 million years ago and 93 million years ago a gas deposit was formed that today should be very close to the surface, that is between 500 and 1,200 meters of depth.
These huge pockets of methane gas rise to the surface through fractures and faults and put the clay layers of permafrost under pressure. Under abnormal conditions that have recently occurred due to high temperatures, they are leading to the breaking of the soil, with the escape of gas and the birth of real craters.
Now the researchers will have to establish, on the basis of various studies and researches, the real danger and the times of the same.
But the most alarming thing is not just the geological activity, which could lead to an unprecedented catastrophe, but the total disregard of national policies that continue to face the planetary economy still in economic and market terms, truly responsible for global warming , and not in ecological terms.