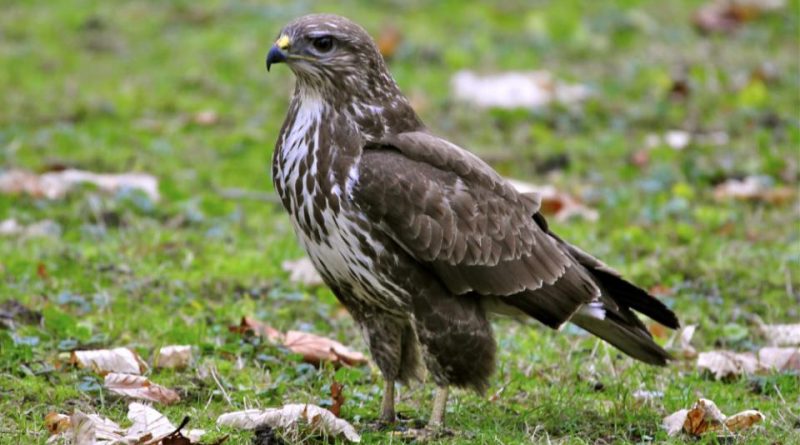 Geographical Distribution and Habitat –
The Common Buzzard is a bird of prey whose range covers most of Europe to Asia. In detail it is found in some areas of Asia, throughout Europe, Russia and northern Africa. Populations in Great Britain, southern Europe, India, Turkey, the Caucasus, Japan and on the smaller islands are settled all year round.
Its habitat is represented by all the zones except for the colder ones where it lives and reproduces in the woods and hunts in open territories. In general it frequents forest environments, up to areas open to predominantly herbaceous vegetation. In the mountainous regions it eventually goes beyond the upper limit of the forests where it also nests in the South African savannahs and in the North African Mediterranean scrub.
The Common Buzzard is also found in the moorland, scrubland, plowed land, marshes, towns and cities. To roost or nest, they prefer the cover of trees or bushes. 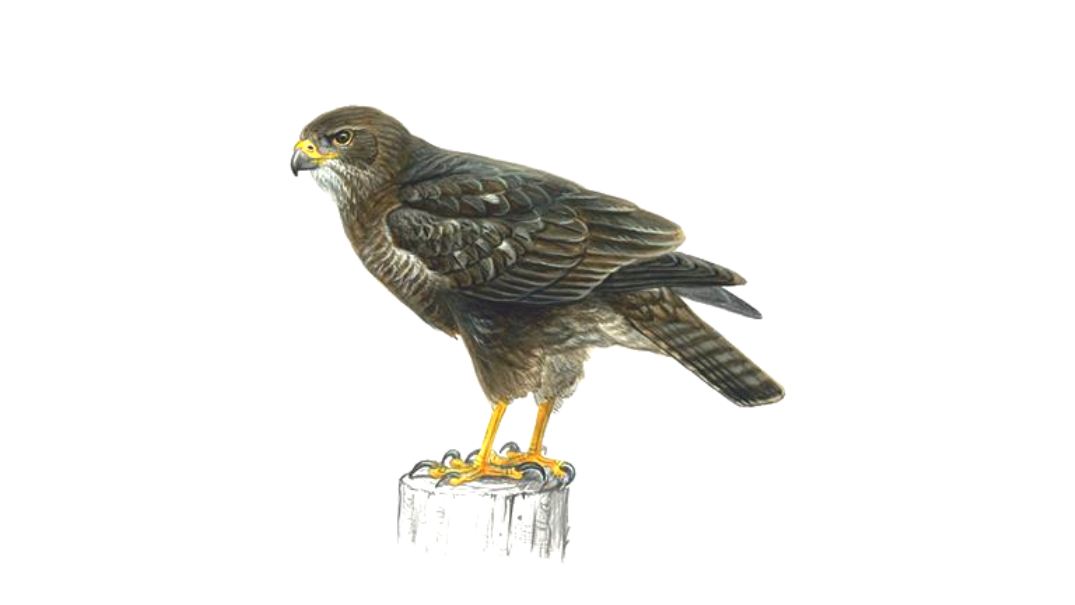 Description –
The Buteo buteo is a bird of prey between 51 and 57 cm long, with a wingspan that can range from 110 to 140 cm. The weight fluctuates between 520 and 1000 g for the male and 700-1300 g for the female.
It is recognized because it is a bird of compact shape, with wide and rounded wings and rather short tail.
It has a dark brown livery in the upper part and very variable in the lower part. The variations in the color of the plumage also depend on the area, so they can take on dark brown, light brown, brown, blackish brown, reddish brown, beige and brown with white spots.
The lower wings have a slightly barred, blackish-brown color with a dark spot on the wrist and a light shaded area in the center, while the tail has numerous thin dark bars.
The head is rounded and the neck is short. The legs are strong and yellow.

Biology –
The Common Poiana is a strongly territorial bird and defends its territory throughout the year. It is usually a sedentary bird and shifts of over 100 km are rare.
The success of mating depends largely on a good supply of food and the lack of human interference, be it malicious or accidental: they are in fact the cause of half the failures in nesting. Three quarters of the young buzzards die, mostly from hunger, before reaching three years of life; those reaching the age for reproduction have an average life expectancy of about eight years. The oldest older Common Common Buzzard ever recorded has lived for 25 years and 4 months.
The nesting area of ​​the Common Poiana contains several alternative sites for the construction of the nest: usually 1-3, but up to 14 have been registered; in the following years a different nest is used. The distribution of the territories depends for the most part on the availability of suitable sites and, since most of the foraging is carried out outside the territory, its dimensions are not influenced by the availability of food.
The nest is built by both sexes and is made in a tree, rock or rocky cliff. It consists of a substantial structure of branches, twigs, and other available materials, whose average size when just constructed is 1 m in diameter and 60 cm deep; reused nests can reach 1.5 m in diameter. Immediately before the eggs are laid, the nest is covered inside with leaves and other green material, and further gradual additions are made until the young birds fly off.
The female lays, in the period between late March and May, a brood consisting of 2-4 eggs, which have red and brown spots, at intervals of three days.
The hatching usually lasts 34 days, and both males and females alternate. The young remain in the nest for the next 40-50 days.

Ecological Role –
The Common Buzzard, which is the most common accipitride in Europe, is a relatively poor predator, behaving like a pure opportunist. It ranges from prey such as, for the most part, small mammalian rodents such as voles, field mice, shrews, hares and wild rabbits. It then goes to birds and nestlings, reptiles, invertebrates and various amphibians according to the species present. It happens that it also feeds on carcasses if the opportunity presents itself, but only in the absence of prey.
Many small birds like crows and Eurasian jackdaws (Corvus monedula) see buzzards as a threat and torment them to remove them from a particular tree or area, attacking them until they fly away.
Even if they prefer to nest in the woods, when it comes to hunting the buzzards they prefer open territories. The buzzard rests on a tree or at the top of a pole in search of prey, or it can soar in search of food. Once the prey has been identified, the buzzard swoops over it: the strong feet and claws are used to capture it, after which the hooked end of the beak will be used to tear the meat if it is caught, or it will be swallowed if it is small.
This bird of prey produces and regurgitates a pellet every day, or a small cluster of all the parts of their food that cannot completely digest, such as bones, hair and feathers. This process not only expels the non-digestible food, but also cleans the digestive tract of any foreign substances and bacteria.
The Common Buzzard is a solitary bird, like most birds of prey and it is only during the mating season or during the winter migration that they are seen together; during migration often birds travel in the same period and to the same place: when this happens they can be seen in flocks of up to 20 birds.
During the mating season, the buzzards perform a series of courting in flight exhibits, including glides, flips and turns of death.
Both sexes are still good flyers and reach speeds of up to 40 km / h.
In flight the head appears recessed between the shoulders and the wings are kept slightly raised (front profile in the shape of an “V” open). Posata appears squat with the head recessed between the shoulders.
They are also recognized for their reference that it is a pii-eeh querule repeated at short intervals that is emitted throughout the year. It is said that their call resembles that of a cat because it resounds like a meow.
Common buzzards are extremely territorial and intimidate any intruder into their territory by means of calls and aerial demonstrations.
Because of their large size and speed, there are not many natural predators for buzzards but, when they are on the ground, they are sometimes hunted by eagles, whales and foxes.
Humans have had a great negative effect on the Common Buzzard during the last century. The use of chlorinated organ pesticides, especially in the 1970s, had a huge impact on buzzards, causing a decline in their prey populations and even the passage of poisons through the food chain. In addition, the loss of adequate habitat for their prey due to large-scale farming has also caused a decline in their numbers.
Also in the 1950s the introduction of myxomatosis, a fatal disease for rabbits, had a huge impact on the amount of food available for buzzards, however these birds of prey are very adaptable and have relied on other food sources such as small mammals, carrion and even earthworms.
Another factor that contributed to the decline of the Buteo buteo was due to the persecution of gamekeepers, since this bird of prey was considered a threat to their pheasants and roosters, however the buzzards rarely prey on these birds. Shooting buzzards is illegal so this practice has mostly ceased, although there are still some illegal killings.
Currently the Italian population counts from 4,000 to 8,000 breeding pairs and represents 0.5-0.6% of the European total. The highest densities are found along the pre-Alpine band and in the Apennines, but the Poiana is well distributed also in the major islands, in some minor Tyrrhenian islands and in Pantelleria.
The Common Poiana is listed on the 2018 Red List of the IUCN (International Union for Conservation of Nature) as LC (Minor Concern), it is also listed in Appendix II of CITES (Convention on International Trade in Endangered Species), which it means that the trade and transport of this species is strictly regulated and controlled in order to protect it.