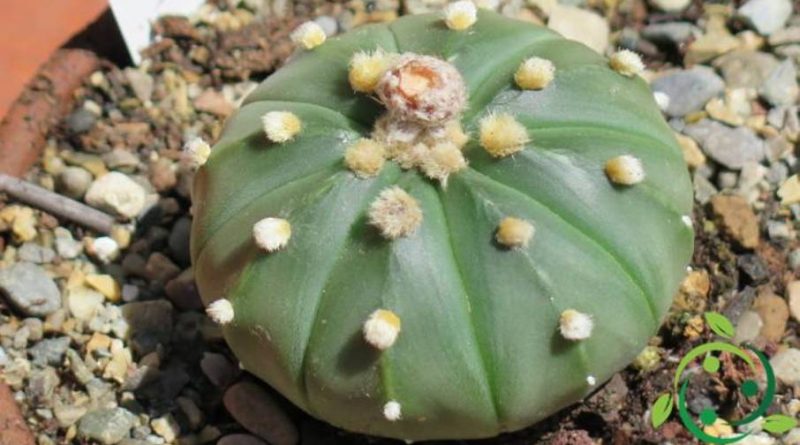 How to cultivate Astrophytum

Astrophytum (Lemaire 1839) is a genus of succulent plant belonging to the family of cacti. These are plants originating from some delimited areas of Mexico where they live in habitats with semi-arid and slightly calcareous soils.
The Astrophytum are characterized by having a globular stem formed from four to eight sections divided between them by more or less deep furrows.
It has yellow or red-yellow colored flowers that develop from the areolas present at the top of the stem.
Compared to other cacti, Astrophytum are distinguished by the presence of numerous white dots in relief scattered to a greater or lesser extent on the stem of all the species belonging to this genus, of which the role is not yet clear. It seems that they can perform both a camouflaging action in rocky environments but also protection against habitat pests where they live.
In this card we will see how to cultivate Astrophytum by applying the agronomic techniques and the most suitable precautions for this kind of plants.
Among the species we recall:
– Astrophytum asterias (Zuccarini) Lemaire 1868 (Texas, Mexico);
– Astrophytum capricorne (A. Dietrich) Britton et Rose 1922 (Northeast Mexico);
– Astrophytum caput-medusae (Velazco & Nevarez) 2003;
– Astrophyutm coahuilense (H. Möller) Kayser;
– Astrophytum myriostigma Lemaire 1839 (Mexico);
– Astrophytum ornatum (A.P. de Candole) Britton et Rose 1922 (Mexico);
– Astrophytum senile (Fric).
For the cultivation of Astrophytum it is necessary to start from the preparation of a substrate suitable for the growth of these plants.

To prepare it, it is good to create a very porous soil consisting of earth, peat and sand, to which a small percentage of agricultural lime should be added.
Both on the bottom of the pots and on the surface there are layers of coarse gravel with the aim of helping drainage (the layer at the base of the pot) and less transpiration (the upper layer).
As for watering these must be regular, taking care that no water residues form; for this reason, between one irrigation and the other, the earth must be very dry because, as for other succulent plants, Astrophytum is a very sensitive species to rot.
When the winter period arrives the watering must be suspended completely and the plant must not be exposed to a temperature below 4 ° C.
We see the repotting technique. This operation can also be performed every three or four years, as the plant has a relatively slow growth.
Finally the propagation of this plant.
Astrophytum is a plant that easily reproduces by seed; its large seed will be deposited, without being pressed, in a bed of earth mixed with sand and kept at a temperature of about 21 ° C: it will begin to sprout in a very short time.
As for the fertilizers, it is sufficient that the proportions described above are maintained at each substrate preparation and repotting. For the rest they are plants with no particular needs.
For the diseases, if you follow the indications above exposed they are enough resistant plants on condition that they respect the irrigation modalities and do not resort to nitrogen-based fertilizers that would induce the plants to a less resistance to the parasites and to the rots.