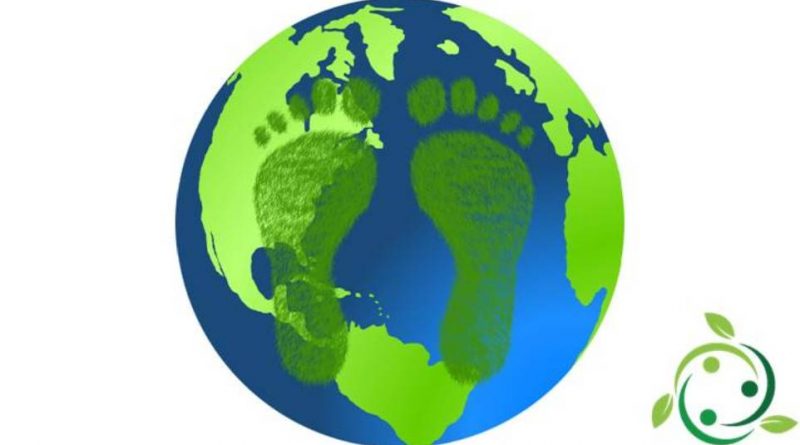 The term ecological footprint means a quantity capable of evaluating human consumption of natural resources with respect to the Earth’s ability to regenerate them.
The concept of ecological footprint was first introduced by Mathis Wackernagel and William Rees in their book Our Ecological Footprint: Reducing Human Impact on the Earth, which was published in 1996.
Subsequently, starting in 1999, the WWF periodically updates the calculation of the ecological footprint in its Living Planet Report.
In short, we can represent the planet Earth as a distributor of human needs (in whatever energy form) and man as the user of these.
But the distributor can work (for good simplification) for an indefinite period provided that its ability to satisfy human needs is not altered (decreased). Now the capacity to satisfy these needs is not constant but is modified for a series of environmental variables and for others of a periodic nature (seasonal and geological cycles).
This factor is already in itself a first element of reflection: it leads us to assess the sustainability (of the planet with an ecological footprint) that cannot be generalized but of a territorial type. What is sustainable for Norway is not sustainable for Tanzania. Sustainability cannot be endorsed and therefore ethical and sustainability guidelines cannot be approved or standardized. To do an example that it may seem trivial (but this is not so) a Kyoto protocol cannot be implemented and applied by all countries in the same way. Each territory has its own capacity, better known as “Carryng Capacity53” (defined by the biophysical constraints of the planet, such as the ability to carry, to support the population and all other living forms that man and nature need to survive) and this ability can be defined more simply as the vocational nature of a territory to support development, where the term development is the integral of the space-time matrix that contemplates the existence of a dynamic equilibrium in which every biotic and abiotic component remains unchanged in the long run.

Given the complexity of the Ecological Footprint calculation in 2003, Mathis Wackernagel and others founded the Global Footprint Network, which aims to improve the measurement of the ecological footprint and to give it a similar importance to that of the gross domestic product. The Global Footprint Network currently collaborates with 22 countries – including Australia, Brazil, Canada, China, Finland, France, Germany, Italy, Mexico, the United Kingdom, Russia, South Africa, Switzerland – and with government agencies, local authorities, universities, institutes research, consulting companies, associations. In Italy, the Department of Chemical and Biosystem Sciences and Technologies of the University of Siena, the Economic Research Institute of the Piedmont Region, the research and consultancy company Ambiente Italia Srl and the Lilliput Network collaborate with the Global Footprint Network.
‘Ecological footprint measures the biologically productive area of ​​sea and land necessary to regenerate the resources consumed by a human population and to absorb the waste produced. Using the ecological footprint it is possible to estimate how many “planet Earth” would be needed to sustain humanity, if everyone lived according to a specific lifestyle.
To calculate the ecological footprint, the quantity of each good consumed is related (eg wheat, rice, corn, cereals, meat, fruit, vegetables, roots and tubers, legumes, hydrocarbons, electricity, water) with a constant of return expressed in kg / ha (kilograms per hectare). The result is a surface expressed with the “global hectare” unit of measurement.
Another or to estimate ecological footprint is that of the energy point of view, considering the emission of carbon dioxide expressed quantitatively in tons, and consequently the quantity of forested land necessary to absorb the aforementioned tons of CO2.
In any case, every value (energy or resource consumption) inserted in the indicator is translated in terms of space, making the consumption of resources of a population based on its current consumption immediately more universally understandable.