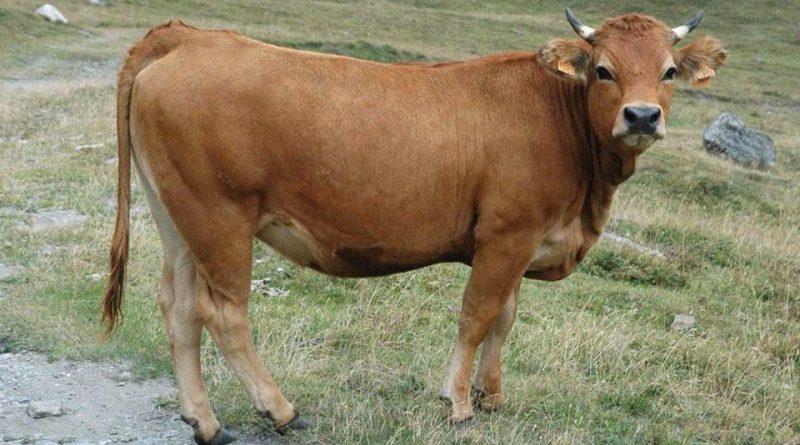 The Parthenaise breed is a bovine breed (Bos taurus Linnaeus, 1758) originally from Parthenay, a French municipality located in the Deux-Sèvres department in the New Aquitaine region. It is a dual aptitude for the production of meat and milk.

Geographical and area distribution –
The Parthenaise is a French cattle breed originating in Parthenay, a French municipality of 10,907 inhabitants located in the Deux-Sèvres department in the New Aquitaine region. This breed is widespread especially in the region of origin and has only recently been exported to America.

Origins and History –
The Parthenaise (whose international name is Parthenay) is a breed of very ancient origin and coming from the region of Deux-Sevres in the center-west of France. This breed is also locally referred to as: Choletaise, Gatinaise, Gatine or Gatinelle, Vendée-Parthenay.
The original origin is in particular in the region of Gâtine Poitevin, near the city of Parthenay from which it takes its name.
The Parthenaise belongs to the same branch of the Aubrac that arrived in the region, from Spain, with Arabian cattle during the Arab migration wave in Europe of the seventh and eighth centuries.
It was Eugène Gayot, director of the national team of Pin and Stud de Pompadour, who baptized her with this name in the mid-nineteenth century, designating with this term the population of tawny cattle that populated the west of France between the Loire and the Gironde.
The time of the creation of his genealogical book, which occurred in 1893, this breed was the third in number within France.
The number then dropped sharply during the twentieth century, before witnessing a gradual revival of the breed from the 80s onwards.
At present the number of the heads of this breed in France is 22,000 distributed mainly in the New Aquitaine and in the Pays de la Loire.

Production aptitude –
The Parthenaise is a dual-purpose breed (meat and work) with a prevalent aptitude for the production of meat with good yields at the slaughter.
Milk production is more modest but still higher than 2,000 kg / lactation.
This is an old-fashioned breed; once it was famous for its high-butter milk.
Today it is mainly used as a breed for meat production while less is the conversion of milk into dairy products.
La Parthenaise is rather for the quality, delicacy, tenderness and juiciness of its meat.
He has an excellent muscular conformation with little fat and a thin skeleton.
In general it is a breed resistant to the environmental conditions where it lives, being able to spend three quarters of the year outside. It also uses both forage and feed well.
The cows prove to be good mothers, with good fertility, with a good rate of growth of the calf, which however must soon be kept apart.
This breed is not widely used in crossbreeding with other cattle.