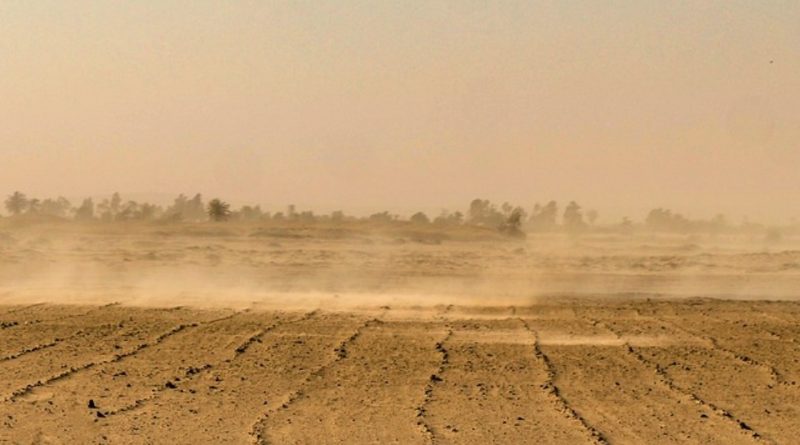 The sirocco, whose name comes from the Arabic shurhùq, which means midday wind, is a wind that carries warm currents from the south-east.
The term siroco takes its name from Syria, the direction from which the wind blows, taking as a reference point the island of Zakynthos in the Ionian Sea.
The sirocco wind takes several names in the regions where it blows, assuming that of Jugo in Croatia, of Ghibli in Libya and of Marin in France to indicate the wind that reaches the French coasts more loaded with the humidity of the sea it crosses.
The periods in which the sirocco blows mainly are spring and autumn, with a maximum intensity in the months of March and November.
The siroco is a wind that brings rain and is the only one that brings the rains of sand from the Sahara desert.
Of the periodicity of the sirocco and of its rhythm, the phenomenon is known that this wind usually blows into three-day triplets in three days and almost never for a single day.
At the end of the single periods in which the sirocco blows, a day of intense winds almost always takes over, blowing from the northern quadrants.

The origin of the scirocco is due to the warm and dry tropical air masses that are dragged northwards by low pressure areas moving eastwards over the Mediterranean Sea.
This hot and dry air mixes with the humid air of the cyclonic movement present on the sea and the clockwise movement pushes this mass of air on the coasts of the southern European regions.
One of the most well-known phenomena linked to the sirocco wind is that this wind, somewhat turbulent at ground level, carries with it the sand and the disaggregated particles of the soil of North Africa, causing storms on the Mediterranean and warm and humid weather on Europe. Dust as well as creating discomfort, roadside storage, vehicles and everything else it encounters can cause damage to mechanical devices. Moreover in some cases it can make adherence on the road surface very difficult.
Among the regions of Europe most affected by the Sirocco are obviously Sicily, with some areas, such as that of Palermo, which often faces damage and inconvenience caused by very strong gusts of hot wind, sometimes even in the middle of winter. Other regions such as Calabria and the south of Puglia, although to a lesser extent they are often affected by the sirocco which in some days reaches the coasts of Liguria on its way.
The famous phenomenon of high water in Venice is partly linked also to the sirocco wind.