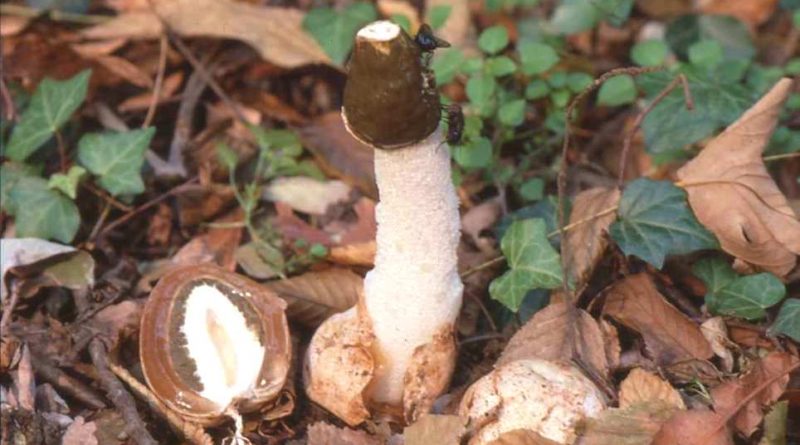 The common stinkhorn (Phallus impudicus L. 1753) is a basidiomycete fungus belonging to the Phallaceae family.

Systematics –
From the systematic point of view it belongs to the Eukaryota Domain, Fungi Kingdom, Basidiomycota Division, Basidiomycetes Class, Phallales Order, Phallaceae Family and therefore to the Genus Phallus and the P. impudicus Species.

Etymology –
The term Phallus comes from the Greek φαλλός phallós phallus, penis: due to the characteristic appearance of the carpophore.
The specific epithet impudicus derives from brash, shameless: for its phallic shape.

Geographical Distribution and Habitat –
Phallus impudicus is a saprophytic fungus that bears fruit in the hot and rainy seasons from spring to the end of autumn, on damp soils in mixed woods or gardens. It grows mainly under broad-leaved trees but sometimes it can also be found under conifers. 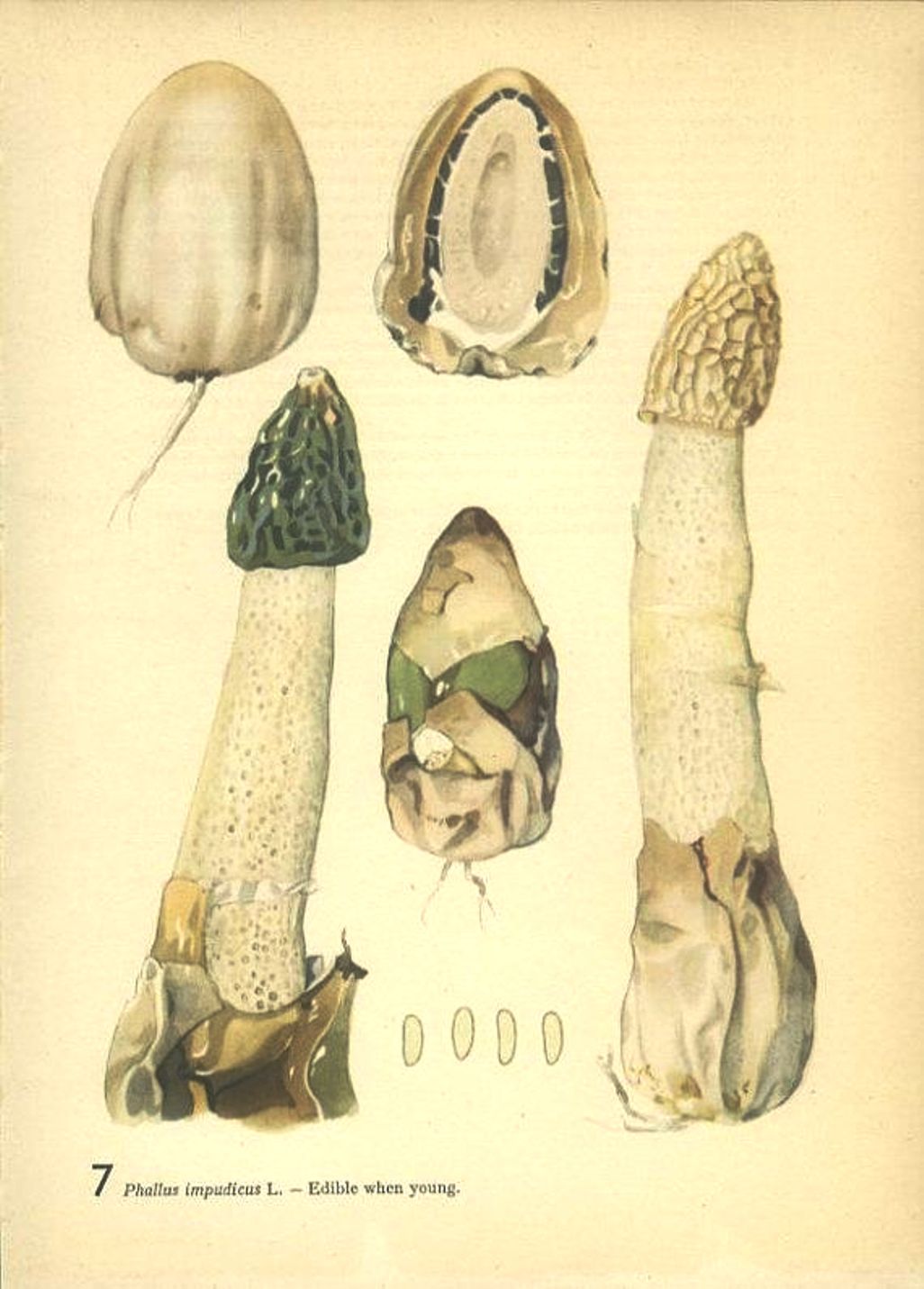 Recognition –
This mushroom is recognized by the shape of the 4-6 cm egg-shaped cap, exhausted towards the top, resting on the top of the stem, covered by the olive, mucilagginous, deliquescent, with cadaverous odor; this is initially wrapped in a closed white volva, then opened, releasing a cylindrical stem, empty, spongy, white, pierced at the top (a pseudo-hat), with an outer cellular surface.
The gleba is prey of the insects that with the time they completely remove it, leaving the top pierced discovered; the latter can remember, from afar, the honeycomb of a morel.
Often it reaches considerable dimensions, up to 30 cm in length.
The stem can reach up to dimensions of 20 x 3 cm, empty, lacunose, white, with at the foot a thick volva (peridium) which before the development is closed with an egg.
The flesh is white and fragile, with a strong nauseating smell of corpse, faeces (odorless until the fungus is enclosed in the peridium).
At the microscope we can see greenish spores.

Cultivation –
Phallus impudicus is not a fungus that has any interest in cultivation.

Uses and Traditions –
The common stinkhorn is certainly the most well-known mushroom of the Phallaceae family both because of the particular phallic shape that recalls a real penis but also because it gives off a characteristic and pungent cadaverous odor that can be felt even at a distance of several meters.
The unpleasant smell is generated by the mucilaginous glebe containing spores which is located on the upper part of the carpophore; its purpose is to attract on itself flies and other insects that will remain soiled and that, consequently, will be vectors of the spread of the fungus spores even at a great distance from the place of origin.
On sandy soils, with a normally hypogeal ovum, grows the similar species Phallus hadriani, smaller and with white peridium underground and cyclamen red on contact with air. The latter, more rare, is found in the coastal forests in summer.
Phallus impudicus is an inedible and uninviting mushroom.
Nevertheless, in some countries of northern Europe it is collected and consumed in the ovolo state but deprived of the peridium, when it still does not possess the nauseating smell that distinguishes it when it is developed.

Preparation Mode –
This mushroom is consumed only in some countries of northern Europe only when it is in the state of ovum but in any case it is not of particular value even in this stage; in any case the custom of consuming the mushroom in the ovule stage is definitely to be avoided, due to the very bad organoleptic qualities of this fungus and the possible, however remote, confusion with Amanita phalloides, a poisonous deadly man.