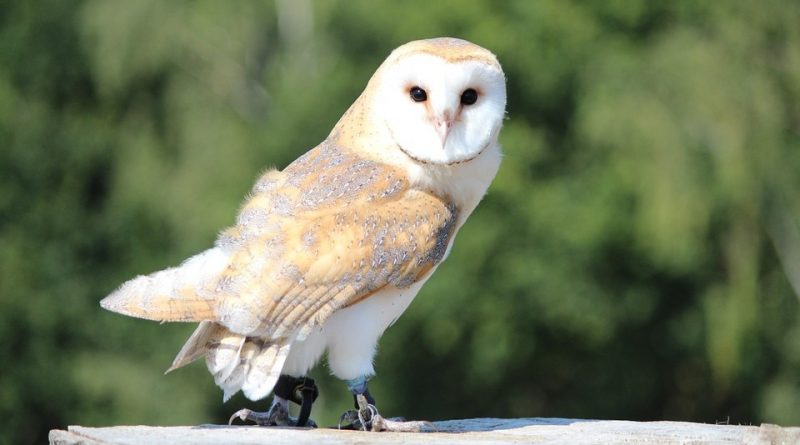 The common barn owl (Tyto alba Scopoli, 1769) is a nocturnal bird of prey of the Tytonidae family.

Systematics –
From the systematic point of view it belongs to the Eukaryota Domain, Animalia Kingdom, Phylum Chordata, Aves Class, Strigiformes Order, Tytonidae Family and therefore to the Tyto Genus and to the T. alba Species.

Geographical Distribution and Habitat –
The barn owl is a common bird on all continents except in Antarctica.
It is widespread in Latin America and Europe, except in the coldest environments, such as the Alps and Scandinavia. It is less common in North America and in Canada and completely absent in Alaska. There are many specimens of various subspecies in Africa. They are also present in Indochina and Australia.
The Tyto alba is a bird whose typical habitat is represented by the areas of open countryside and the edges of the woods where they often hunt for food. 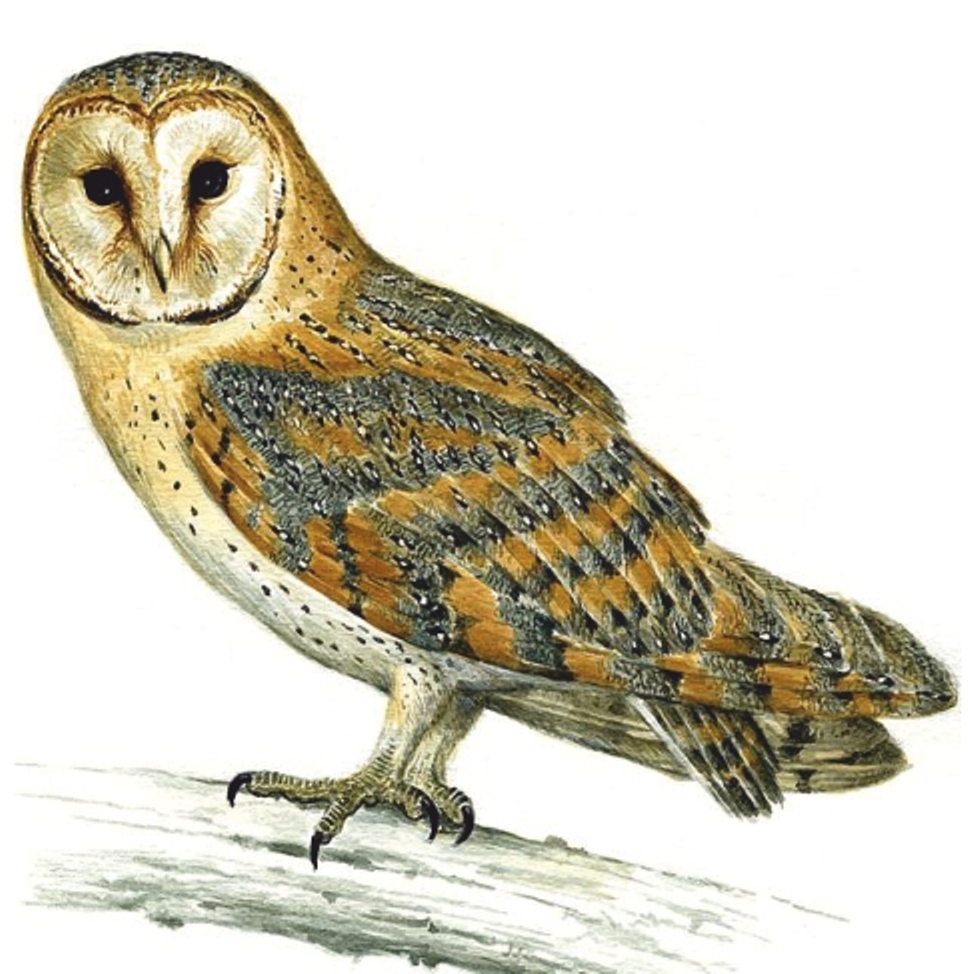 Description –
The barn owl recognizes itself as having a length between 34 and 40 cm, with a wingspan of almost one meter. The weight varies from about 200 grams for the smallest subspecies (such as in the Galápagos Islands) to over 500 grams like the barn owl in North America, while the European barn owls weigh from 300 grams (male) to 400 grams (females).
Characteristic is its heart-shaped facial disk and tuft-free ears. The upper parts are tawny-golden in color with black and white, while the lower parts are white or fawn. The plumage is generally very bright. The large white heart-shaped disc is also white in color, while the eyes are black and the beak are white and reddish.
There is a slight sexual dimorphism between males and females. In females, usually larger, the colors are darker.
The barn owl can also be recognized for its swinging flight when approaching the hunting grounds.

Biology –
Tyto alba is a sedentary, nesting and partial migratory bird.
The reproduction period is from March to November, with ordinary periods between April and May, but sometimes it also nests in October and November. It nests in niches, various cavities, nest boxes, etc. He therefore does not build a nest but merely places his eggs in a sheltered and well-hidden place.
The female lays 3 to 15 elongated, rough and opaque white eggs which it hatches for 32-34 days (one, sometimes two broods per year). The male feeds the female during the hatching and both then take care of the offspring. The offspring is nidicola and leaves the nest after about 6 weeks, but remains nearby for some time. There have been cases in which parents have continued to feed the young ones caught by the man, if exposed in outdoor cages.
In freedom he can live over 21 years.

Ecological Role –
The barn owl is a stationary bird in the true sense of the word, and generally does not even undertake brief excursions. This bird has no natural enemies and does not fear humans.
Of nocturnal habits in which it crosses the countryside with a wavy, silent and light flight grazing the ground. When it flies it emits a hoarse and unpleasant cry.
The barn owl is therefore active at night, and occasionally also during the day, hunting for small mammals and small birds; in particular it feeds on mice, rats, shrews, moles, nfibis, reptiles and large insects.
In the cities it often captures the larks, the nightingales, the thrushes and the finches that are found in the cages hanging outside the windows.
It swallows the whole prey, and the bones and other indigestible parts are regurgitated in the form of small spheroidal masses called borre.
The barn owl is protected by law, but unfortunately, in some places, even today, its appearance on the roofs of houses is interpreted as an index of doom and death, triggering real hunting in the population that also involves many other nocturnal raptors .