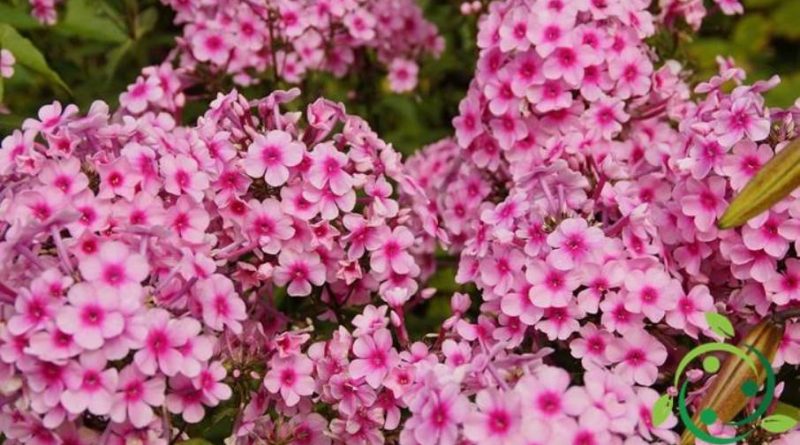 How to grow Phlox

The Phlox are a genus (Phlox L., 1753) of plants of the Polemoniaceae family. They are annual or perennial herbaceous plants, originating in America and Asia.
The Phlox are generally characterized by herbaceous branched stems, from 40 cm to 1.20 m tall, with erect or creeping habit, ending with numerous corymbs of tubular flowers, 2-3 cm in diameter, variously colored and mottled, of great decorative effect.
These species are used as ornamental plants in gardens or in pots on terraces, depending on the height and the upright or creeping habit, for borders, flower beds, rock gardens, etc.
Among the most used species as ornamental plants we recall:
– P. drummondii annual of short stature, with pink-purple flowers;
– perennial P. paniculata, with rich panicle-like blooms bearing bright-colored corollas, from which the varieties known in floriculture as P. decussata and P. pyramidalis are derived;
– P. subulata (= P. setacea) with persistent vegetation, with a prostrate habit;
– P. sibirica native to Siberia;
– P. divaricata with less development;
these species have numerous hybrids and varieties of various sizes, from white, red, blue, purple flowers, variously mottled and speckled.

The Phlox are plants that are easy to grow provided they are placed in areas with sunny exposure or, at the limit, in partial shade, in fertile soil, with a sandy-clayey texture (loose soil) and quite fresh.
These plants multiply both by seed and by herbaceous or root cutting, with basal jets and by division of the stumps.
To sow the annual species must wait for the period of March; it is sown in seedbeds and then the seedlings are transplanted at the end of April and beginning of May, or in full field; the flowering will take place from June onwards.
If the species is of the perennial type it is good to use the basal jets, obtained by taking in spring, the new shoots cut at the insertion of the stumps, putting them to root in the nursery or in the jars, and planting them after rooting; without topping, each stem will produce a single large inflorescence.
If, on the other hand, we want to have seedlings different from the mother plants we will need to sow; in this case in fact the gamica reproduction will produce plants with different characters from the mother plants.
To rapidly multiply the new varieties, one uses the stem cuttings, placed vertically in a bed of sand.
Phlox are plants that are very resistant to parasitic attacks and fungal diseases on the condition that stagnation is not created during irrigation, that they should be carried out from the first warm to late summer and nitrogen nitrate fertilizers are not used.