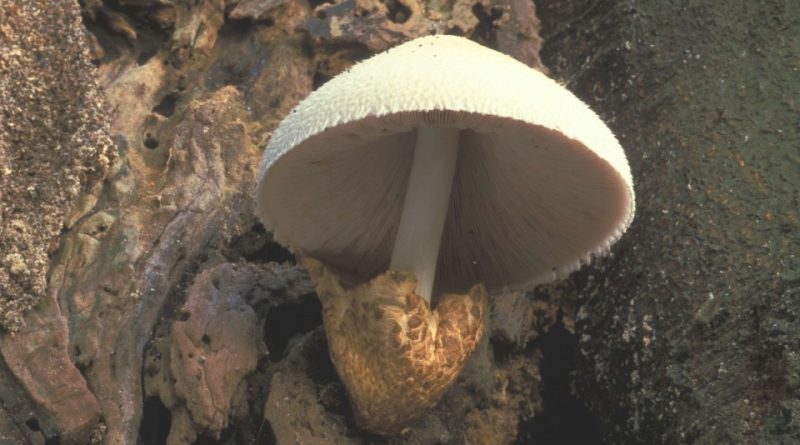 Geographical Distribution and Habitat –
Volvariella bombycina is a rather rare fungus that produces fruit from saprophytes on dead parts of decaying hardwood. It is a species to be protected that grows in the period between summer and autumn. 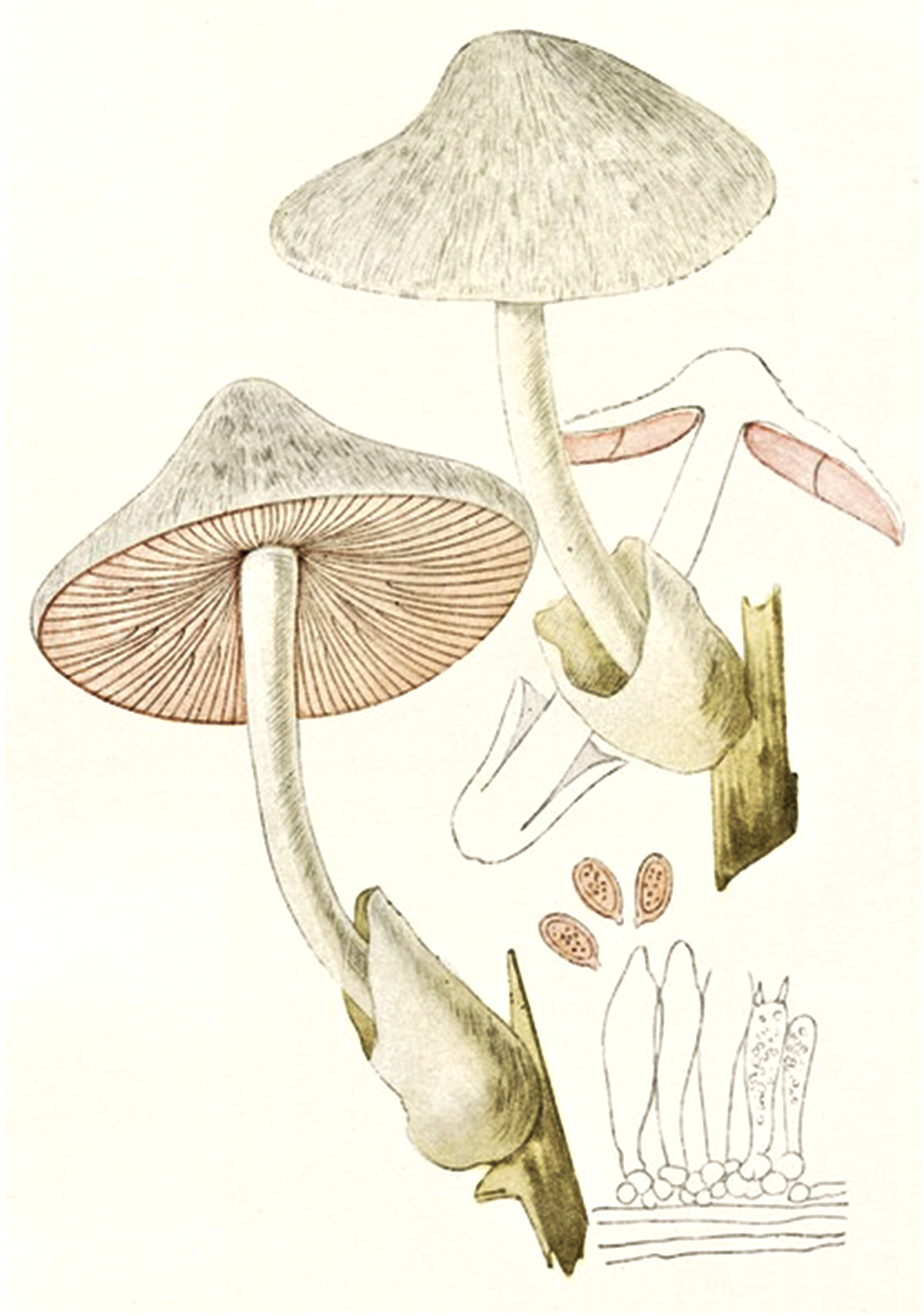 Recognition –
This mushroom is recognized for having a cap, generally umbonate, ovoid-shaped to convex, 5 – 20 cm in diameter, white, then ocher, covered with darker fibrils and scales.
The stem is white and smooth 7-10 x 0.5-2 cm, slender, robust, fleshy, with the base of the bulbous foot.
The lamellas are dense, free at the stem, whitish to rosy in color and then brownish.
The volva is wide, tall and brownish.
The meat is quite tender and white, with a light smell of turnips, sometimes spermatic, pleasant and pleasant taste, unlike other species of the same genus.
At the microscope, pink-ocher spores in mass, elliptic, smooth, of 7-10 x 5-6 µm can be seen.

Cultivation –
Volvariella bombycina is not a cultivated mushroom.

Uses and Traditions –
This mushroom, despite being a rare species, is available in some areas of Italy without great difficulty; however, collection is not recommended.
Volvariella bombycina is fairly edible after cooking; advisable to consume it in the mixture. It is instead of suspected toxicity if consumed raw or undercooked.
Surely it is one of the most beautiful and representative species of the mushroom kingdom.

Preparation Mode –
Even if it is a fungus of fair edibility after cooking, it is recommended not to collect it due to the small number of its presence in the territory.